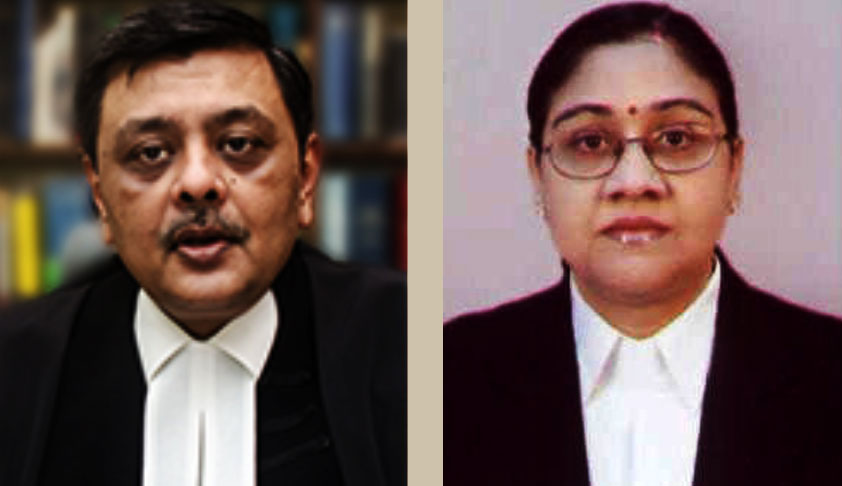 In a highly significant judgment, the Goa bench of the Bombay High Court has struck down a notification of the Ministry of Environment and Forests dated August 10, 2017, wherein all matters relating to the State of Goa, Daman, Diu, Dadra and Nagar Haveli, before the National Green Tribunal, Western Zone in Pune, were transferred to the principal bench in New Delhi.In a 47-page judgment passed...

In a highly significant judgment, the Goa bench of the Bombay High Court has struck down a notification of the Ministry of Environment and Forests dated August 10, 2017, wherein all matters relating to the State of Goa, Daman, Diu, Dadra and Nagar Haveli, before the National Green Tribunal, Western Zone in Pune, were transferred to the principal bench in New Delhi.

In a 47-page judgment passed by the bench of Justice GS Patel and Justice Nutan Sardessai, it was noted that the state government, for its own convenience, had pushed for the transfer of all matters from Goa to the principal bench in Delhi.

The court first took suo-motu cognizance of the matter after reading news reports about the MoEF notification on August 21. Senior advocate SD Lotlikar was appointed as amicus curiae. Thereafter, other PILs were filed challenging the same notification.

The sheer number of cases coming from Goa at NGT, Pune, was quite significant. So much so, that Thursdays and Fridays were kept only for cases from Goa.

In its affidavit before the high court, the MoEF stated that at first a proposal for setting up a circuit bench in Goa was received. Thereafter, the MoEF sought the opinion of the chairperson of the NGT, but there was no response.

The MoEF then received another proposal from the state government of Goa to transfer all matters, including pending matters, to the principal bench in New Delhi. It acted on this and it did so without any form of public consultation with other ‘stakeholders’, including litigants.

In the affidavit filed by the MoEF, it is stated that the present Chief Minister of Goa, Manohar Parrikar, requested to bring the state of Goa under the jurisdiction of principal bench of NGT in New Delhi, the reason being that having to travel to Pune is logistically inconvenient and a serious financial burden for the people of the state of Goa.

It was explained therein that Pune and Goa are inconveniently and insufficiently connected as there are limited flights available i.e. only 2 flights per day in the afternoon, and therefore, litigants and lawyers are required to travel a day prior to the matter and depart only the day after the matter concludes which seriously impacted time needed and increases the cost involved. It was further explained that due to the poor flight connectivity between Pune and Goa, many litigants, parties and lawyers would travel by road to Pune. This is a dangerous mode of travel as it involves traversing across the Western Ghat region, which is especially precarious during the monsoon season for essentially six months of the year, the affidavit said.

SD Lotlikar submitted that it is apparent from the affidavit (MoEF) that the state government has not argued against a circuit bench in Goa but only said that places suggested by the petitioners were not feasible.

He then submitted that the convenience of the state government is entirely insignificant.

“Access to justice is a dimension of Article 21. Article 21 of the Constitution of India, the fundamental right to life, has many aspects and facets. The right to a wholesome environment is one of them, and by making this a fundamental right and a part of the right to life, our jurisprudence is perhaps a step further than that of most other nations whose legal systems share the basis of ours. Apart from the question of the right to a clean environment, it is well established that “access to justice”, whatever be the cause, is also a facet of Article 21. Put together, and read with Sections 14 and 15 of the NGT Act, this means that every person must have affordable access to a reasonably conveniently situated tribunal charged with dispensing environmental justice,” Lotlikar said.

Suitable access, in his submission, means that the access must be affordable and it must be within reasonable reaching distance.

Lotlikar then relied on the decision of the Supreme Court in Madras Bar Association vs Union of India, and specifically pointed to the following observation regarding the National Tax Tribunal:

“One cannot lose sight of the fact that the Central Government will be a stakeholder in each and every appeal/case which would be filed before NTT. It cannot, therefore, be appropriate to allow the Central Government to play any role, with reference to the places where the Benches would be set up, the areas over which the Benches would exercise jurisdiction, the composition and the constitution of the Benches, as also, the transfer of the Members from one Bench to another.”

It is wholly arbitrary and unfair to lump all litigants into one class without making a reasonable distinction or allowance for various types and classes of litigants. Not every litigant takes a flight, Lotlikar said.

Appearing for the lead petitioner, Goa Foundation, Norma Alvares submitted that this decision to transfer the jurisdiction was almost instantaneous. The government made its request on June 9, 2017, and the impugned notification followed in just about two months, i.e., on August 10, 2017.

She pointed out that the case of inconvenience is entirely unjustified. There were overnight buses from Goa to Pune and many people travel on those buses. The issue for determination while assessing access to justice is about distance and affordability. If one moves a tribunal to a far-off place, where travel is more expensive, both these issues arise and they operate to make that transfer of jurisdiction entirely arbitrary. In her submission, it is pointless saying that the flights to Pune are cheaper than the flights to Delhi.

“If there is one thing that neither the State Government nor the MoEF did at any stage, it was to listen to the voice of those who most need the protection of environmental laws. The State Government seems to have assumed that it is in loco parentis vis-à-vis all litigants and has the authority, both moral and legal, to speak for them all. That authority is not just questioned before us today. It is flatly denied,” the court said.

On the argument by the state that not only the government, but litigants, too, can obtain ‘better’ representation in Delhi where there is a full-fledged NGT Bar Association, the court reminded the state about the high calibre of the Goa Bar:

“We find it particularly surprising that it took the Government five or six years to awaken to the realization that it did not have lawyers in Pune. The statement on affidavit is regrettable. If the imputation is that lawyers from Goa are unable to cope or properly attend to NGT matters in Pune, then that is simply untrue. Mr Mario Brut Da Costa represents a very fine Bar. It is quiet, discrete, good-natured, respectful without being subservient, and unfailingly courteous. Its civility should not be mistaken for weakness. Its quietness should not be misunderstood for inability or incapacity. The level of advocacy and drafting is of an extraordinarily high order, and we speak here not only of the many Senior Counsel at this Bar, renowned in their own right, but of the sterling junior Bar too.”

In conclusion, the court commented on the reason for such high volume of cases at NGT from Goa. It said:

“If the NGT in Pune has so very many cases from Goa, it is not because - or not just because - the people of Goa are litigious; if true, that may only speak to their continued faith in the legal system and its processes. It is because they perceive that there is something of value here to protect.”

Thus, the MoEF notification was struck down and for the time being NGT Western Zone, Pune, was allowed to proceed with all pending cases from Goa. However, the court strongly recommended that the state and MoEF must immediately take up the proposal to establish a circuit bench in Goa.