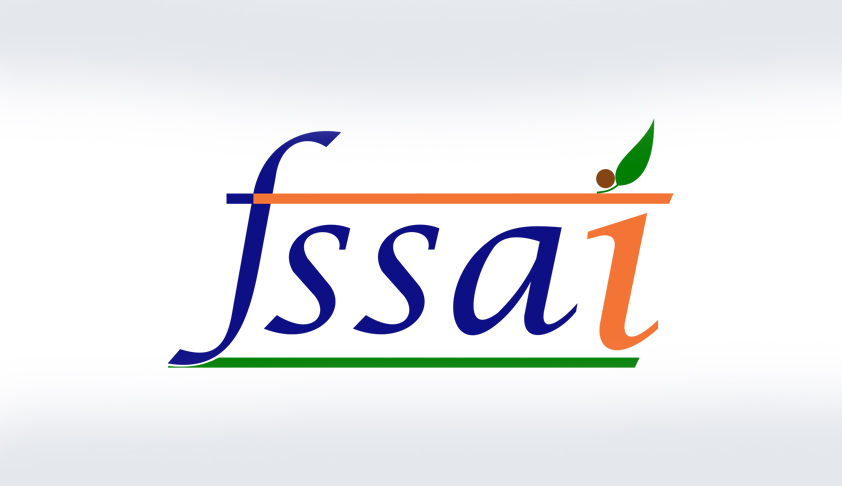 In a significant judgment rendered by the Bombay High Court on 16.09.2015, the constitutionality of the Food Safety and Standards Act 2006 has been upheld. Several merchant, traders, hoteliers and dealers in food items had moved the High Court under the collective of associations like ‘The Association of Traders carrying the various business of Food Items’ , ‘Mumbai Mewa Masala...

In a significant judgment rendered by the Bombay High Court on 16.09.2015, the constitutionality of the Food Safety and Standards Act 2006 has been upheld. Several merchant, traders, hoteliers and dealers in food items had moved the High Court under the collective of associations like ‘The Association of Traders carrying the various business of Food Items’ , ‘Mumbai Mewa Masala Merchants’ Association’, ‘AHAR-Indian Hotels and Restaurant Association’, impugning the provisions of the Food Safety and Standards Act, as ultra vires the Constitution of India.

The essence of the assail against the vires of the Act was that the provisions of the same were vague, abstract and unworkable and that unfetterd and unguided powers were conferred on the authorities under the act which were capable of being put to abuse. It was also urged that the Act suffers from the vice of excessive delegation, as the standards are extensively laid down by Rules and Regulations framed by the executive wing.

At the very outset, the Court observed that the writ petitions were premature and anticipatory in nature, as none of the petitions had factual averments regarding any adverse evil or civil consequences resulting from the implementation of the Act. It was observed that “the challenge to the constitutional validity of the Act must be on the basis of certain and definite set of facts and not on apprehension. The challenge to the constitutionality of the Statute cannot be raised in abstract or vaccum” . Reliance was placed on the decision of the Supreme Court in Sant Lal Bharati vs. State of Punjab (1988) 1 SCC 366 for such proposition.

Nonetheless, the Court proceeded to consider the contetions of the petitioner on their merits. Before doing the same, the legislative background of the Food Safety and Standards Act was examined. It was found that it was an ‘Act to consolidate the laws relating to food and to establish food standards’. The Act was a comprehensive code replacing the earlier legislations covering the field, viz, the Prevention of Food Adulteration Act 1954,and the various orders relating to food products issued under the Essential Commodities Act 1955, which all stood repealed by virtue of Section 97 of the Act. It was found that the the act was a ‘welfare legislation aimed at preventing health hazard which would be caused by consuming adulterated food’ and that the provisions of the Act ought to be construed in the light of its welfare intent and beneficial purposes. Special reference was made to the Preamble of the Act and also to Section 18 thereof enumerating the general principles to be followed in the administration of act, for gathering the intent and object of the impugned statute. Sections 26 & 27, pertaining to the responsibility of food business operators and the lheir liability in case of default, were also adverted to for such purposes.

Before considering the specific contentions of the petitioners, the Court made a reference to the observations of the Supreme Court in State of Uttar Pradesh vs. Kartar Singh AIR 1964 SC 1135 in the context of examining the constitutionality of the Prevention of Food Adulteration Act, the predecessor of the FSSA Act. It was observed therein that the the rule has to be struct down as imposing unreasonable or discriminatory standards, it could not be done merely on any a priori reasoning, but only as a result of materials placed before court by way of scientific analysis. It is obvious that this can be done only when the party invoking the protection of Article 14 makes averments with details to sustain such a plea and leads evidence to establish his allegations.

Setting the tone as above, the contentions were put to juducial scrutiny. Section 31 of the Act was the licensing provision, enjoinig the stake holders of food business to obtain license and registration from the ‘designated authority’. As per Section 36, the said ‘designated authority’ should not be below the rank of a Sub Divisional Officer. The contention was that the Sub Divisional Officer was an authority under the Revenue Code, who lacks proficiency and understanding of the technicalities pertaining to food business, and empowering an officer unaquantied with the scientific and technical aspects of food business was arbitrary and unreasonable, leading to the infraction of Article 14 of the Constitution of India. However, the said contention was repelled holding that Section 36 merely specifies the rank of the designated authority and does not designate the Sub Divisional Officer as the authority. Moreover, Rule 2.1.2 of the Food Safety and Standards Rules framed by the Central Government specifies that the authority shall possess and bachelors degree in Science with Chemistry and ensures that such officers possess requisite knowledge and proficieny. Hence, the apprehensions were rejected as unfounded.

The next contention was the Act contained several undefinied expressions of generic import, like ‘petty manufacturer’, ‘hawker’, ‘itinerant vendor’, ‘temporary stall holder’, ‘tiny business operator’, who were excluded from the requirment to obtain license to indulge in food business as per Section 31. It was contended that such expressions were riddled with vagueness and ambiguities, and were capable of being abused. However, the argument did not receive acceptance by the Court. It was held that the expressions were not vague and ambigous. An Act would not become unconstitutional merely because certain terms and expressions are left undefined. The words contained in the Act are to be understood in the light of the entirety of the Act and with due regard to the ordinary connotatiojn of the words, and the understanding they have in common parlance, and not in isolation. Reference was made to the Constitutional Bench decision of the Supreme Court in Sakhawant Ali vs. State of Orissa AIR 1955 SC 166. Further submissions to the effect that the licensing conditions under Section 31 are rigorous and cumbersome and would bring about a “license raj” were also repelled as untenable.

Also, it was contended that the Act confers excessive coercive powers on the designated authorities and that the same would affect the right to carry on trade and profession and earn livelihood, guaranteed under Articles 19(1)(g) and 21 of the Constitution of India. Section 34 empowered the designated authority to issue emergency prohibition orders and notices which take immediate effect, without issuing any show cause notices.  The Court repelled such contentions stating “we are completely in agreement with the contention as urged on behalf of the food authority in para 12 of the reply that  Section 34 would be applicable in an emergency which would require immediate solution of a problem where there is a danger of health risk, such as food poisoning or danger of death of the consumers by consumption of adulterated or unsafe food. These provisions are absolutely essential and in such an emergent situation, without these provisions  the effective implementation of the legislation cannot be achieved”.

The offences and penalties imposed under the Act were also held to be proper, just and reasonable. Following the law settled by the Supreme Court in Andhra Pradesh Grain and Seed Manufacturers Association v Union of India AIR 1971 SC 2346, it was stated that a statute could provide for absolute and strict liability for an offence without reference to any state of mind like intention, malice, recklessness, negligence or knowledge. A statutory crime need not contain a specific state of mind as is ingredient. It was held that the statute imposing restrictions upon traders will not be deemed unreasonable merely because it makes a departure from the normal structure of statutes enunciating offences and prescribing punishments.The Court also rejected the argument that the adjudicatory mechanism provided under Sections 68 and 70 were not effective.  The bar of civil jurisdiction as per Section 72 was also held to be reasonable, as the parties are not left bereft of remedies by the Act as the same provides alternate and efficacious forum for adjudication of disputes.

Taking a cue from the observations of the Supreme Court in Centre for Public Interest Litigation vs Union of India and others AIR 2014 SC 49, the Court held that “the provisions of FSS Act and the Rules and Regulations framed thereunder are required to be interpreted and applied in the light of the Constitutional principles and an endeavour has to be made to achieve appropriate level of protection of human life and health”. Any food article which is hazardous or injurious to public health is a potential danger to the fundamental right to life guaranteed under. It was also observed that the Food Security and Standards Act is a mechanism to implement Article 47 of the Constitution of India, which casts the duty on the State to raise the level of nutrition and the standard of living and to improve public health. Thus it was held that the restriction imposed on the conduct of business by traders in foodstuffs by the provisions of the  Act cannot be deemed unreasonable, as the Act was enacted to deal with the great social evil and for ensuring public welfare especially in the offences against public health. It was held that adulteration and misbranding of foodstuffs is a rampant evil and a statute calculated to control that evil is indisputably in the interest of the general public. Thus, the writ petitions were dismissed holding that the provisions as impugned in these writ petitions are legal, valid and intra vires Articles 14 and 19 (1) (g) of the Constitution of India.