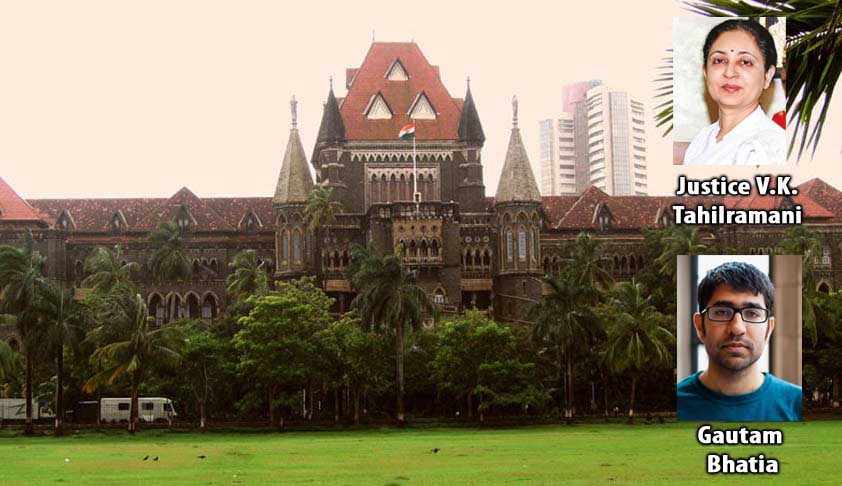 On 19th September, a division bench of the Bombay High Court handed down a judgment on the interpretation of the Medical Termination of Pregnancy Act, 1973 (India’s abortion law). The case arose out of a suo motu PIL, which itself had arisen out of concern with the deplorable condition of a female prison inmate, but was subsequently expanded to deal with the termination of pregnancy...

On 19th September, a division bench of the Bombay High Court handed down a judgment on the interpretation of the Medical Termination of Pregnancy Act, 1973 (India’s abortion law). The case arose out of a suo motu PIL, which itself had arisen out of concern with the deplorable condition of a female prison inmate, but was subsequently expanded to deal with the termination of pregnancy of female prison inmates in general.

After considering the implementation of the Rules in the Maharashtra Prisons Manual, the Court moved on to an examination of the Medical Termination of Pregnancy Act. The relevant section(s) of the MTP Act are:

“Sec. 3(2) Subject to the provisions of sub-section (4), a pregnancy may be terminated by a registered medical practitioner,-

(a) where the length of the pregnancy does not exceed twelve weeks if such medical practitioner is, or

(b) where the length of the pregnancy exceeds twelve weeks but does not exceed twenty weeks, if not less than two registered medical practitioners are of opinion, formed in good faith, that,-

(ii) there is a substantial risk that if the child were born, it would suffer from such physical or mental abnormalities as to be seriously handicapped.

Explanation 2.-Where any pregnancy occurs as a result of failure of any device or method used by any married woman or her husband for the purpose of limiting the number of children, the anguish caused by such unwanted pregnancy may be presumed to constitute a grave injury to the mental health of the pregnant woman.”

With respect to Explanation 2 being limited to contraceptive failure in case of married couples, the High Court held that “today a man and a woman who are in live-in-relationship, cannot be covered under Explanation 2 whereas Explanation 2 should be read to mean any couple living together like a married couple.” (Consider the similarities with US vs Windsor) Unfortunately, however, the High Court provided no principled justification for this expansive reading of the term “married”. Presumably, the justification lies in the requirement that statutory texts must be interpreted in light of background constitutional principles (see here for a more detailed analysis of this doctrine); which constitutional principles was the Court applying, however? The answer would have implications going beyond the specifics of this case. For instance, if the background principle was equality, and the irrationality of drawing a distinction between married and unmarried couples, then a similar argument could potentially be raised to attack the married/unmarried distinction in the marital rape exception. On the other hand, if the background principle was the right of the woman to bodily integrity and decisional autonomy (something the Court went into subsequently), then there could be no justification for limiting the Explanation to couples living together as married. Consequently, it would be vulnerable to a possible future constitutional challenge asking the Court to strike off the word “married” from the statute altogether, and extend its application to all women. Therefore, the Court’s laconic reading of “married” to include relationships in the nature of marriage, despite its undeniably important practical implications, is something of a missed opportunity.

In subsequent paragraphs, the Court then examined pregnancy, and the unequal burdens that it imposed upon women. It observed that:

“There are social, financial and other aspects immediately attached to the pregnancy of the woman and if pregnancy is unwanted, it can have serious repercussions. It undoubtedly affects her mental health… it is mandatory on the registered medical practitioner while forming opinion of necessity of termination of pregnancy to take into account whether it is injurious to her physical or mental health.”

The Court’s focus on mental health – and its observation that because of its social, financial and other aspects, unwanted pregnancies affect women’s mental health – are important, because under Section 3, the medical practitioner must make a “good faith” assessment about whether the pregnancy is harming the woman’s mental health. Taking this forward, the Court then noted that:

“A woman’s decision to terminate a pregnancy is not a frivolous one. Abortion is often the only way out of a very difficult situation for a woman. An abortion is a carefully considered decision taken by a woman who fears that the welfare of the child she already has, and of other members of the household that she is obliged to care for with limited financial and other resources, may be compromised by the birth of another child… these are decisions taken by responsible women who have few other options. They are women who would ideally have preferred to prevent an unwanted pregnancy, but were unable to do so. If a woman does not want to continue with the pregnancy, then forcing her to do so represents a violation of the woman’s bodily integrity and aggravates her mental trauma which would be deleterious to her mental health.”

“The right to control their own body and fertility and motherhood choices should be left to the women alone. Let us not lose sight of the basic right of women: the right to autonomy and to decide what to do with their own bodies, including whether or not to get pregnant and stay pregnant.”

The Court went on to affirm that the right to reproductive choice was a facet of ‘personal liberty’ under Article 21 of the Constitution. These observations, it would appear, lead to only one conclusion: if the woman’s right to bodily integrity and decisional autonomy is paramount, then, under Section 3, her decision to terminate the pregnancy must be dispositive of the question of good faith; in other words, the medical practitioner cannot, in “good faith”, contradict the woman’s informed choice to terminate her pregnancy, or substitute his judgment about what constitutes a threat to her mental health over hers. Inexplicably, however, the Court did not make this last – but crucial – interpretive step. After making its remarks about bodily integrity and decisional autonomy, the Court went back to the original question of prison inmate pregnancies, and passed directions to facilitate termination “in accordance” with the MTP Act.

Consequently, the Court’s treatment of Section 3 is – in my view – an even greater missed opportunity than it’s reading of Explanation 2 (where, at least, it returned a clear interpretive finding). Once the Court had gone as far as to say that an unwanted pregnancy, ipso facto, presented a substantial danger to a woman’s mental health because of its economic and social consequences, it required but a small, further step to hold that, in the background of Article 21, Section 3’s “good faith” requirement made the woman’s decision paramount. In the absence of a direct interpretive finding though, there is a risk that the judgment – like many other well-intentioned judicial efforts – will remain mere rhetoric.

It is also an opportunity missed from the perspective of the evolution of constitutional doctrine. What the Court was effectively doing, both in its reading of Explanation 2, and in its interpretation of Section 3, was interpreting statutory provisions in light of the Constitution, in order that they would yield a meaning that was not immediately obvious or intuitive. Reading statutes in light of the basic law is a practice that has nuanced variants in different jurisdictions. How far can a Court go? Is this mode of interpretation limited to situations where there are two equally valid interpretations of a statute, and the Court then selects the one that is more in conformity with constitutional principles (New Zealand)? Or – slightly stronger – may the Court select the meaning that is most in conformity with the Constitution, as long as it can be plausibly borne by the text (UK and the Human Rights Act)? Or can the background law become constitutive of statutory meaning (Germany)? The Bombay High Court, in this case, found itself on the strong side of the spectrum – it effectively used the background Constitutional principles to attribute meanings to “marriage” and “good faith” that could almost certainly not be supported independently (but were not entirely outside the bounds of possibility either). Indian doctrine has, at various times, adopted these differing standards, without a clear conceptual analysis about what the Constitution actually requires, by way of interpretation. The wait for that will continue.

Gautam Bhatia is a Delhi-based advocate. He blogs about the Constitution at www.indconlawphil.wordpress.com. This Article is first appeared here.