Book On Interface Of Law & Genetics Released By Justice Chelameswar 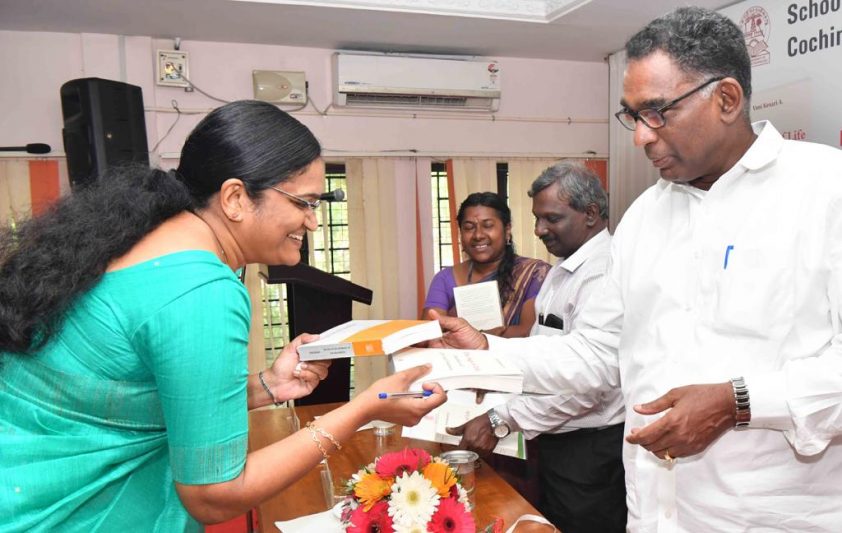 “Indian judiciary found it difficult to resolve conflict between two legal principles – the principle of “master of roster” and that “no one shall be a judge in one’s own cause’. How it will resolve new-age conflicts, one needs to wait and see”, said Justice Chelameswar.

"There exists a gap between the mind of the inventor and the mind of a lawmaker. Law does not often keep pace with the developments in technology", said retired Supreme Court judge Justice Jasti Chelameswar, while releasing the book "The Saga of Life: Interface of Law and Genetics" at School of Legal Studies, CUSAT on Thursday.

The book, written by Dr.Vani Kesari, addresses legal and ethical issues arising out of human genetic research and advocates reforms so as to nurture technological development by preserving human dignity. Justice Chelameswar said that the book is highly topical. He said that law makers represent the averages of electors. Therefore, law is always not in a position to grasp technological developments and to foresee the changes which could be heralded by it.  He cited an old Kerala law as example, which was was made when use of motorized vehicles started. The law regarded motor vehicle as a very hazardous thing, and hence prohibited the plying the vehicle at a speed higher than 5 miles per hour. It further mandated that a person should run in front of the vehicle, ringing a bell, so as to warn others about the coming of a dangerous thing. He commented that law is viewing developments in genetics with a similar sense of alarm.

Developments in field of genetics like genome project, DNA finger printing etc, if used properly, has great advantages for human life. But it can cause problems too, if left unregulated. Some of the ethical issues raised by developments in this field like creation of designer babies, cloning etc. are existential, affecting the way we value life and human dignity.  It is also necessary to check commercial exploitation of information unearthed through genetic study. It can throw open new challenges to lawmakers and courts. As an example of possible conflict, Justice Chelameswar mentioned that information about inherent health defects obtained through genetic studies can lead to insurance companies denying coverage to such persons. This is a human rights and social welfare issue. At the same time, thinking from the point of view of Contract Law, a person has the right to enter into contract on the basis of informed consent. Courts need to be equipped to deal with such challenges posed by genetic developments. "Indian judiciary found it difficult to resolve conflict between two legal principles - the principle of "master of roster" and that "no one shall be a judge in one's own cause'. How it will resolve new-age conflicts, one needs to wait and see", he said, while concluding.

The first copy of the book was handed over to Dr.Moni Abraham Kuriakose, Cochin Cancer Centre.

Eminent legal educationist Dr.N R Madhava Menon said that the work is an example of expanding avenues of law, which continues to interact with other bodies of knowledge. The book also addresses the profound question which have boggled the minds of great philosophers and theologians: "What is life?". He emphasised the need to encourage multi-disciplinary approach in the study of law. Law does not exist in a vacuum. Commending Dr.Vani for her work, Dr.Menon said that the book highlighted law's dual role in dealing with technology. Law should facilitate research and growth in technology; but at the same time, it should regulate the outcomes of development so that no detriment is caused to human dignity.

Dr.R Sasidharan, Vice Chancellor of CUSAT, delivered presidential address. He said it was a proud moment for CUSAT as one of its members has produced an excellent work in a newly developing branch of law.

In her reply speech, Dr.Vani Kesari said that the endeavour behind the work started off with philosophical inquiries about the nature and essence of life. The study of the issues involved is centred on the inviolable concept of human dignity. It attempts to kindle interest in the field to initiate legal reforms, she said.