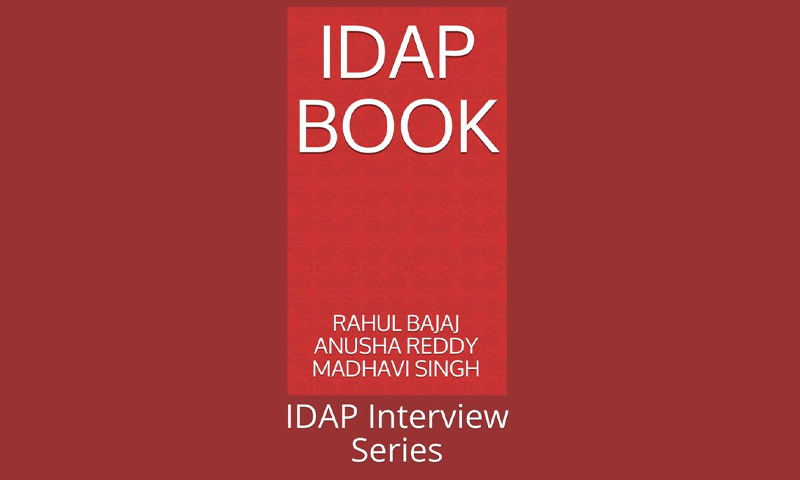 In 2014, V Surendra Mohan, a practicing advocate, applied for the post of a Civil Judge in Tamil Nadu. His application was rejected on the ground that he was 70% blind. This resulted from Tamil Nadu's policy of reserving the post only for persons whose percentage of blindness did not exceed 40-50%. He challenged this policy before the Supreme Court, arguing that this arbitrary...

In 2014, V Surendra Mohan, a practicing advocate, applied for the post of a Civil Judge in Tamil Nadu. His application was rejected on the ground that he was 70% blind. This resulted from Tamil Nadu's policy of reserving the post only for persons whose percentage of blindness did not exceed 40-50%. He challenged this policy before the Supreme Court, arguing that this arbitrary eligibility criteria deprived him of a post that he was otherwise entitled to as per his marks and interview. In 2019, the Supreme Court upheld the state's exclusionary policy as 'reasonable, just, and fair', given that judicial officers need to possess a 'reasonable' amount of 'hearing, sight and speech' to discharge their functions. Since it was considered 'extremely difficult, even impossible' for a blind person to perform judicial functions, the Court found that reservations were 'far from advisable' to prevent 'avoidable complications'. This judgment is a grim reminder of how ableism, or discrimination against persons with disabilities, continues to be one of the least recognised but most pervasive forms of discrimination today.

In this background, the IDIA Disability Access Programme Interview Series titled 'It Can Be Done' could not have been published at a more opportune time. Featuring 21 insightful interviews of eminent lawyers and judges with disabilities from across the world, the compilation offers a fascinating glimpse into their diverse lives, their personal and professional struggles, their indomitable resolve, and in the process, underscores the troubled relationship between the ideals and practice of law. Although a conscious effort has been made to interview at least one person each with major disabilities including hearing impairment, cerebral palsy, multiple sclerosis, deaf-blindness, blindness and orthopaedic disability, the selection does not claim to be representative of the experiences of all persons with disabilities. It is acknowledged at the outset that the interviewees are 'predominantly blind, predominantly male, and predominantly American'.

Nonetheless, Rahul, Anusha, and Madhavi successfully force readers to introspect and reflect upon internalised stereotypes through a set of carefully prepared questions, distinctly highlighting the commonalities and differences in the experiences of the interviewees. For instance, on the challenges that a blind lawyer might face in trial courts, American DC Circuit Judge David Tatel says that the 'only thing I would not do as a lawyer, and maybe this is my own ignorance, is a jury trial' without seeing the face of the jurors. However, most others like Justice Yacoob, former judge of the South African Constitutional Court, firmly believe that the 'theory that people need to see witnesses to assess their credibility is nonsensical to say the least' when sighted help is available.

On the experience of studying in a dedicated school for the blind vis-à-vis an integrated school, Right to Livelihood Award Winner Yetnebersh Nigussie discusses how her dedicated school in Ethiopia was an 'exciting and nourishing experience' while the integrated school was challenging as it was 'mainly prepared for sighted students'. Noted author and lawyer David Shannon pertinently highlights in this context that schools need to not only be integrated but also 'inclusive' to facilitate crucial 'peer interaction and peer socialisation'. That this challenge is not limited to schools is made beyond clear by wide ranging conversations on how universities and competitive exams across the world continue to be inaccessible to date. Particularly illuminating in all the interviews is the powerful role played by assistive technology today, which has been critically important in overcoming barriers to mobility, learning, and communication.

However, the stories that impacted me most profoundly were the compelling personal anecdotes that revealed extraordinary resilience and experiences of everyday discrimination. Yetnebersh Nigussie, who has worked extensively to address intersectional discrimination faced by women with disabilities in Ethiopia, describes losing her eyesight at the age of a five as an event which freed her from the potential clutches of child marriage. Judge David Tatel discusses how people often only speak to his wife and ignore him until they find out that he is a federal judge. Judge Szumowski, reflects upon losing his eyesight at 23 when shrapnel from a grenade hit his face during the Vietnam War. Senior Advocate SK Rungta shares his experience of dealing with a judge who would repeatedly dismiss his cases even before he stood up to argue. Nirmita Narasimhan, a Policy Director with the Centre for Internet and Society, reveals how her teachers in school did not understand her handwriting as she wrote using a magnifying class in the absence of any reasonable accommodation. Jack Chen, an accomplished patent attorney, shares how he highlighted his participation in an Olympic length triathlon when applying for his current role at Google, to challenge their preconceived notions about him. Rajesh Asudani, who came first in both his LLB and LLM exams, shares how he began his journey as a railway announcer and could not pursue law because of financial constraints.

While it is easy to celebrate these stories, peppered throughout are reminders that this book is not meant to merely serve as an object of inspiration. Romanticising the struggles and successes of persons with disabilities defeats the purpose of understanding the structural and historical barriers they face today. It is with this thought in mind that the concluding chapter organises the key insights flowing from the interviews into a meaningful compilation to make the legal profession more accessible. It offers concrete solutions that can be implemented by law firms, the bar, the judiciary, and law schools, to make legal spaces more accessible as a matter of right, not privilege. In this way, the book is more than a means to understanding ableism; it is a guide for dismantling it.

In 1972, MIT Mathematician Edward Lorenz popularised the phrase 'butterfly effect' when he explained how the flap of a butterfly's wings in Brazil could produce a tornado in Texas. It meant that small acts can ultimately cause cataclysmic effects, worlds away. Catherine MacKinnon uses this analogy in her book 'Butterfly Politics', where she explains how seemingly minor legal interventions can be strategically used to generate major social and institutional transformations. The ripple effect of this book and the summit where it was launched by Dr Justice DY Chandrachud is already becoming clear with the NLU Consortium agreeing to consider alternative, accessible questions for students with visual impairments from next year. Justice Chandrachud also delivered a transformative judgment subsequently on 11 February 2021 holding that the V Surendra Mohan decision was no longer binding precedent as it did not engage with the concept of reasonable accommodation in light of the Rights of Persons with Disabilities Act, 2016. It is now for us in the legal fraternity to practice our professed ideals of equality and ensure that these ideas take flight.

(The author is a student of law at Gujarat National Law University, Gandhinagar. The book is available for purchase here.)