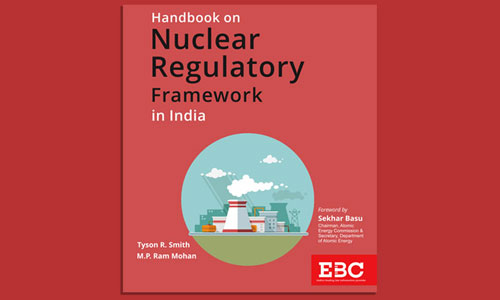 Nuclear energy sector has seen many ups and downs in its short history of over seventy years. Obituaries of this industry were written after the Fukushima accident in 2011. In the wake of that accident, many European countries announced their plans to phase out nuclear plants within a fixed time frame. The debates, discussions and negotiations leading up to the Paris Agreement gave a fresh...

Nuclear energy sector has seen many ups and downs in its short history of over seventy years. Obituaries of this industry were written after the Fukushima accident in 2011. In the wake of that accident, many European countries announced their plans to phase out nuclear plants within a fixed time frame. The debates, discussions and negotiations leading up to the Paris Agreement gave a fresh lease of life to the nuclear industry. It could position itself as a low carbon technology that could help countries, especially developing countries to meet their developmental needs without causing environmental damage. The fact that major stakeholders including IAEA could demonstrate that they were not interested in a blame game over the Fukushima accident, but willing to learn lessons and take corrective measures, also helped matters.

Being the second most populous country in the world, India's energy demands are huge and ever increasing. Climate change being recognized as the greatest threat which humanity faces today, India cannot depend entirely on fossil fuels for meeting its energy demands. Recognizing the importance of renewable and clean energy sources, India's Nationally Determined Contributions (NDC) gives emphasis to nuclear energy as a mitigation measure. NDCs are one of the major pillars of the Paris Agreement. India's NDC has committed to reduce the emission intensity of its GDP by 33 to 35% by 2030 from 2005 levels. Promotion of clean energy is one of the major mitigation strategies outlined there. An ambitious aim to achieve 175 GW renewable energy capacity in the next few years is mentioned in the document. Nuclear energy has been given great emphasis in this context as a 'safe, environmentally benign and economically viable source to meet the increasing electricity needs of the country'. If the supply of fuel is ensured, 63 GW installed capacity is targeted by the year 2032. A comparison with targets from renewable energy sources clearly shows that nuclear energy is crucial for India's mitigation strategies at the climate change front. The targets for other sectors are: solar: 100 GW by 2022, wind 60 GW by 2022, and biomass 10 GW by 2022. With an installed capacity of 5.78 GW in August, 2016, it is a huge expansion that the industry is expecting in the next two decades.

This gigantic expansion of the sector raises serious safety and environmental issues. This in turn has evoked an interest among many to study the legal and regulatory framework within which the sector operates. However, as many of the emerging fields of Indian law, absence of reliable material is one of the handicaps that one faces in the study of nuclear energy law. It is in this context that the work under review becomes important. Authored by a U.S. based practitioner and an India based academic, this book provides an overview of the regulatory structure in India as far as nuclear energy is concerned. Spread over eight chapters, it covers subjects ranging from the role of AERB, issues relating to liability, environmental laws, and international engagement. This handbook will be an invaluable resource not only for the practitioners in the field, but to students and civil society organizations. A chapter on the role of judiciary and its approach towards nuclear energy would have greatly enhanced the value of this publication.