Bouquets But Brick Bats Too 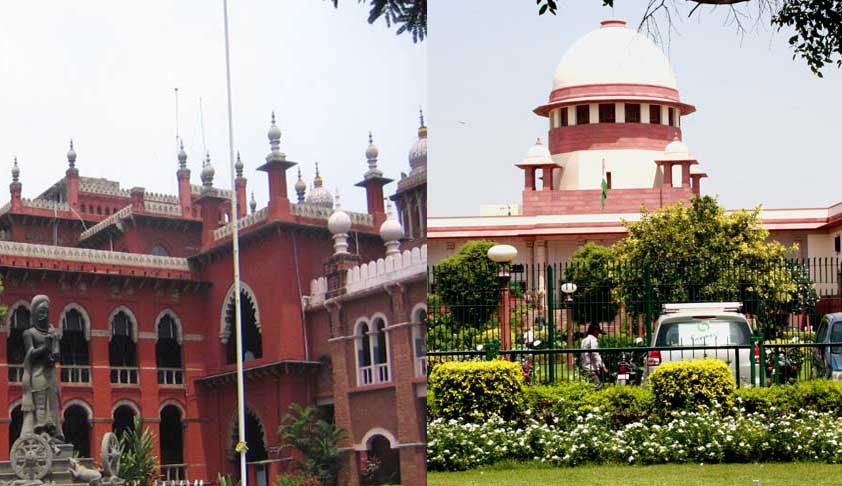 The Lawyer Community throughout the country has reasons to rejoice and feel the moment of glory when the Hon’ble Chief Justice of India announced that the list of Lawyers recommended to be appointed Judges in the Madras High Court will be scrapped and a fresh list prepared. This was in view of the serious objections raised by the members of the Madras Bar regarding the...

The Lawyer Community throughout the country has reasons to rejoice and feel the moment of glory when the Hon’ble Chief Justice of India announced that the list of Lawyers recommended to be appointed Judges in the Madras High Court will be scrapped and a fresh list prepared. This was in view of the serious objections raised by the members of the Madras Bar regarding the ineligibility, inappropriateness and inequity in the appointments suggested and obtaining stay of the same.  This is indeed a rare achievement for the Bar.  In A.Pandurangam Rao v. State of Andhra Pradesh  it was a casual talk in the Bar Association Hall that led to unfolding of a most discriminatory selection of District Judges, which the Apex Court ultimately quashed.  A smart Lawyer from Assam had got quashed the warrant of appointment of a Judge of the Assam High Court on the ground that he was wholly ineligible even to be considered. For the first time the Supreme Court declared that the three top citizens of the country, the President, the Prime Minister and the Chief Justice of India had all erred.

Members of the entire Lawyer Community took to streets in Pakistan and were successful not only in bringing back an ousted Chief Justice but also took that country back to the road of democracy.  This is what exactly people expect from the members of the Lawyer Community, a privileged lot in the words of the Apex Court.

“The legal profession is different from other professions in that what the Lawyers do, affects not only an individual but the administration of justice, which is the foundation of the civilized society”.

In the yester years Lawyers never forgot to respond to social calls.  Stalwarts in the Bar commanding large and lucrative practice sacrificed everything and jumped into the freedom struggle.  Netaji Subash Chandra Bose quit the coveted ICS and formed the Indian National Army to throw the Britishers out by force.  A patriot like Bhagat Singh sacrificed his young life for the country willingly and died with a smile on his face.

Today unfortunately from the Lawyer Community there are no takers for such sacrifices. All appear too eager to enter the code and cozy corridors of power and pomp.  This is what the Supreme Court recently said about the profession:

“In the present era, the legal profession, once known as a noble profession, has been converted into a commercial undertaking. The litigation has become so expensive that it has gone beyond the reach and means of a poor man.  For a long time, the people of the nation have been convinced that a case would not culminate during the lifetime of the litigant and is beyond the ability of an astrologer to anticipate his fate”.

Success in the profession no longer belongs to those who are learned, who toil hard, spending sleepless nights, burning midnight electricity etc etc.  Now, shortcuts to success are invented with in-genuity and practiced with perfection.  Learning is even becoming a liability.  No wonder the Apex Court has expressed its unhappiness on the sad state of affairs in the profession now.

Remember that Sir T. Muthuswamy Iyer, whose marble statue adorns the portals of the Madras High Court rose up in life studying under street-lights. At that time there were segments of society who were denied even access to schools and before whom all windows of knowledge were shut. It is only natural that a section of the Tamil Nadu Lawyers demands that those sections also should be given a share of the cake along with their fortunate compeers.  Nobody will say that Justice Appaji Varadarajan, the first Dalit to reach the Supreme Court, was a misfit on the Bench. He on the other hand was upright, unrelenting on principles and had the grit not be lured into the lavish parties thrown by affluent advocates of the Apex Court.  Sri Justice K Ramaswamy wrote as much illuminating judgments as his Brahmin brothers on the Bench did.  It cannot therefore, be criticized as communal or castist  to demand certain communities who were victims of prejudices, ill-treatment, disabilities and denial of opportunities should now receive their due share in access to power, prestige, perquisites, etc.  It cannot be confined any longer to a select few by reason only of heredity, high connections or influence. A close study of the statistics in relation to appointments in higher judiciary particularly after the advent of the notorious collegium will reveal the shocking number of close relatives of sitting judges in all the High Courts.  The other fortunate category is the influential corporate lawyers.  The less affluent and less influential can never make it to high constitutional positions and they remain the “Ekalavyas” forever.  Even in enlightened Kerala the less vocal Viswakarmas and the gentle Gowda Saraswats are still side-lined.

This cannot continue forever.  In a country wedded to social justice, all sections of society should have a say in running a democratic institution like the judiciary. It is only this that the Tamil Nadu Lawyers had rightly demanded.  Mark the words of Justice Bhagwati in S P Gupta & Others v. President of India and others  “It may also be noticed that it is not difficult to find reasons to justify what our bias or predilection or inclination impels us to do.  It is for this reason that we think it is unwise to entrust power in any significant or sensitive area to a single individual, howsoever high or important may be the office which he is occupying.  There must be checks and controls in the exercise of every power, particularly when it is a power to make important and crucial appointments and it must be exercisable by plurality or hands rather than be vested in a single individual.

“If the Collegium is composed of persons who are expected to have knowledge of the persons who may be fit for appointment on the Bench and of qualities required for appointment and this last requirement is absolutely essential – it would be truly independent in the sense we have indicated above and who would invest the judicial process with significance and meaning for the deprived and exploited sections of humanity”. [Underlining supplied]

How then can our vigilant learned friends in Chennai be faulted?  They have demonstrated that the much derided other side of the coin is also legal tender.

But then, nobody can condone the conduct of violent agitations, boycotts, disruption of court proceedings and indecorous behavior including by a sitting judge even within the four walls of the court room.  It had brought down into ridicule an institution which had been held high throughout the country.  The episode prompted the Chief Justice of that Court who recently joined the Supreme Court to go public that his brother judges are planning to leave that Court and other judges reluctant to join it.  Though for the first time in the country the Lawyers of Tamil Nadu have achieved what other Bar Associations could not, the methods resorted to were wholly impermissible, if not objectionable.

K.Ramakumar is a Senior Advocate in High Court of Kerala