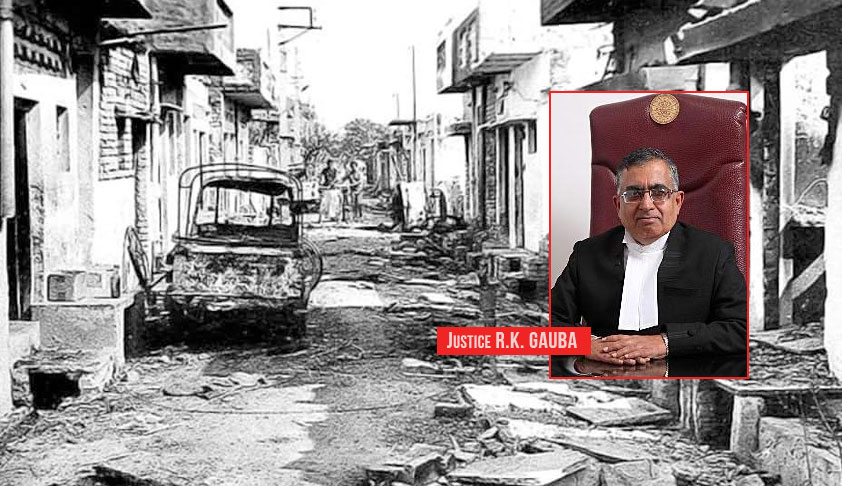 The Delhi High Court, on Wednesday, upheld the jail terms of more than 80 people for their involvement in the 1984 anti-Sikh riots.In doing so, Justice RK Gauba lamented the delay witnessed in the case, noting that 34 years have passed since the incident, and 22 years had elapsed since the trial court verdict."The anti-Sikh riots of 1984 are indeed a dark chapter in the history of...

In doing so, Justice RK Gauba lamented the delay witnessed in the case, noting that 34 years have passed since the incident, and 22 years had elapsed since the trial court verdict.

"The anti-Sikh riots of 1984 are indeed a dark chapter in the history of independent India which, it is often said, this country must put behind so as to move ahead. But, for those who suffered personal loss in the form of killings of their near and dear ones, or destruction of their homes, there possibly can never be a closure. The theories of politico - criminal nexus, aided and assisted by police or civil service officials loyal to the cause, being behind the mayhem that was wrecked, virtually with impunity or immunity, continue to abound and haunt. There is also a contrarian view that such dark chapters in the history of the land must never get effaced from memory since they confront us, the civil society at large, by showing a mirror, to expose to us the rot that lies within".

“Is this what we call a potent and effective criminal justice system? Is our judicial apparatus at all equipped to deal with the crimes of such magnitude? Do we have lessons to be learnt from this sordid experiment in the name of criminal law process? It is indeed a matter of lament that there has been no meaningful thought spared till date to usher in reforms in the judicial process to effectively deal with the cases of communal riots which are engineered, more often than not, by those who have clout or influence– of various kind,” the court observed.

It added that this case should serve as a lesson in how the criminal justice process should never take course, asserting, “The manner of prosecution of the case at hand would undoubtedly go-down in judicial history of this country as an example of criminal law process that must never be emulated. From this perspective, and in the expectation that those at the helm draw lessons from here, one hopes that this case is never forgotten.”

It then suggested certain reforms in the criminal law response to deal with such cases.

Riots had engulfed the country after the assassination of then Prime Minister Indira Gandhi on October 31, 1984. This case pertained to the incidents that took place in East Delhi’s Trilokpuri area, where 95 people had died in the rioting and 100 houses were burnt.

The convicts before the court had now challenged the judgment passed by a Sessions Court in August, 1996, convicting 89 people for offences punishable under Sections 188 IPC, 147 IPC and 436 of the Indian Penal Code.

Justice Gauba, however, upheld the impugned judgment, and in fact opined that the case merited more severe punishment, but refrained from enhancing their punishments as there was no appeal with such prayer.

“Though, having regard to the extensive damage that was caused by the appellants to a large number of houses or other properties of Sikh community by fire, the case merited punishment more severe than the one meted out by the trial court, given the fact that there is no appeal seeking enhancement of the punishment, the trial court having taken a lenient view, there is no occasion for this court to modify the order on sentence either way,” it observed.