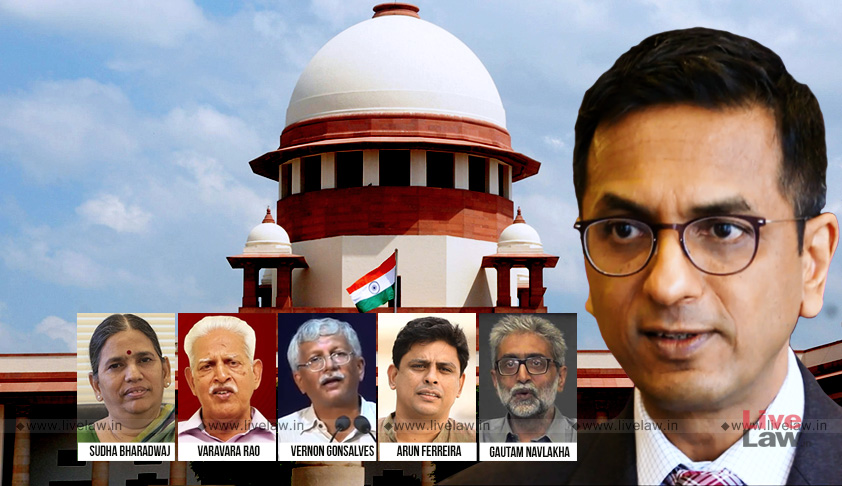 Justice D Y Chandrachud expressed a strong dissent in the Bhima Koregaon case to hold the arrests of five activists to be wholly baseless and politically motivated. While the majority of CJI Dipak Misra and Justice A M Khanwilkar turned down the plea for a probe by Special Investigation Team, Justice Chandrachud opined that an SIT was necessary as Maharashtra police was biased in the matter.

He came down heavily on the police for its press briefing carried out when the Supreme Court was seized of the matter. The police had told the media that the accused were involved in an assassination plot against the Prime Minister. He also noted that Republic TV had flashed incriminating letters against Sudha Bharadwaj months before her arrest. The authenticity of undated letters which are projected against the accused are highly doubtful. He expressed doubt whether Maharashtra police could carry out fair investigation in this backdrop.

According to Justice Chandrachud, the arrests were targeted at political dissent. "Court has to be vigilant to ensure the liberty of those who take up unpopular causes.Voices of opposition cannot be muzzled because it is a dissent", he observed.

"If the Court does not stand by liberty, dignity, and dissent, it may as well compose a requiem for these rights", he added. Noting that the arrests had infringed the dignity of individuals, he concluded that it was fit case for SIT probe.