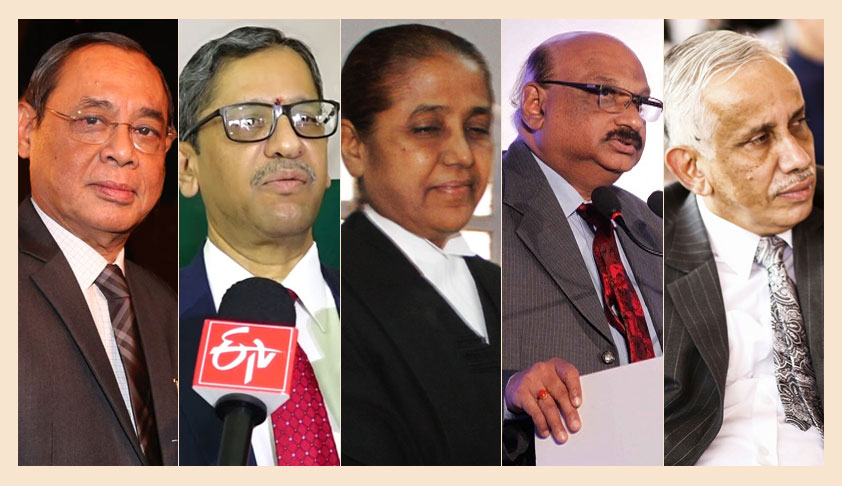 ‘We may emphatically reiterate that if in the event of ambiguity in a taxation liability statute, the benefit should go to the subject/assessee. But, in a situation where the tax exemption has to be interpreted, the benefit of doubt should go in favour of the revenue.’In an important judgment in the realm of taxation laws the Constitution bench of the Supreme Court in Commissioner...

‘We may emphatically reiterate that if in the event of ambiguity in a taxation liability statute, the benefit should go to the subject/assessee. But, in a situation where the tax exemption has to be interpreted, the benefit of doubt should go in favour of the revenue.’

In an important judgment in the realm of taxation laws the Constitution bench of the Supreme Court in Commissioner of Customs (Import), Mumbai vs. M/s. Dilip Kumar and Company, has ruled that exemption notifications should be interpreted strictly and that the burden of proving applicability would be on the assessee to show that his case comes within the parameters of the exemption clause or exemption notification.

The Constitution bench comprising of Justice Ranjan Gogoi, Justice NV Ramana, Justice R. Banumathi, Justice Mohan M. Shantanagoudar and Justice Abdul Nazeer also held that, when there is ambiguity in exemption notification which is subject to strict interpretation, the benefit of such ambiguity cannot be claimed by the subject/assessee and it must be interpreted in favour of the revenue.

The judgment authored by Justice NV Ramana overruled the three-judge bench judgment in Sun Export Corporation, Bombay v. Collector of Customs observing that the said judgment had created confusion and resulted in unsatisfactory state of law.

The question referred before the bench was: What is the interpretative rule to be applied while interpreting a tax exemption Reportable provision/notification when there is an ambiguity as to its applicability with reference to the entitlement of the assessee or the rate of tax to be applied?

The constitution bench was set up to examine correctness of Judgment in Sun Export case by a three-Judge bench. In the said judgment, it was held that an ambiguity in a tax exemption provision or notification must be interpreted so as to favour the assessee claiming the benefit of such exemption.

The bench, on Sun Exports judgment, observed: “There cannot be any doubt that the ratio in Sun Export Case (supra) that, if two views are possible in interpreting the exemption notification, the one favourable to the assessee in the matter of taxation has to be preferred. This principle created confusion and resulted in unsatisfactory state of law. In spite of catena of judgments of this Court, which took the contra view, holding that an exemption notification must be strictly construed, and if a person claiming exemption does not fall strictly within the description of the notification otherwise then he cannot claim exemption.”

Ambiguity in exemption notifications to be interpreted in favour of revenue

Referring to multitude of case laws on the subject, the bench observed: “After thoroughly examining the various precedents some of which were cited before us and after giving our anxious consideration, we would be more than justified to conclude and also compelled to hold that every taxing statue including, charging, computation and exemption clause (at the threshold stage) should be interpreted strictly. Further, in case of ambiguity in a charging provisions, the benefit must necessarily go in favour of subject/assessee, but the same is not true for an exemption notification wherein the benefit of ambiguity must be strictly interpreted in favour of the Revenue/State.”

The bench further observed: “After considering the various authorities, some of which are adverted to above, we are compelled to observe how true it is to say that there exists an unsatisfactory state of law in relation to interpretation of exemption clauses. Various Benches which decided the question of interpretation of taxing statute on one hand and exemption notification on the other, have broadly assumed (we are justified to say this) that the position is well settled in the interpretation of a taxing statute: It is the law that any ambiguity in a taxing statute should enure to the benefit of the subject/assessee, but any 66 ambiguity in the exemption clause of exemption notification must be conferred in favour of revenue – and such exemption should be allowed to be availed only to those subjects/assesses who demonstrate that a case for exemption squarely falls within the parameters enumerated in the notification and that the claimants satisfy all the conditions precedent for availing exemption. Presumably, for this reason, the Bench which decided Surendra Cotton Oil Mills Case (supra) observed that there exists unsatisfactory state of law and the Bench which referred the matter initially, seriously doubted the conclusion in Sun Export Case (supra) that the ambiguity in an exemption notification should be interpreted in favour of the assessee.