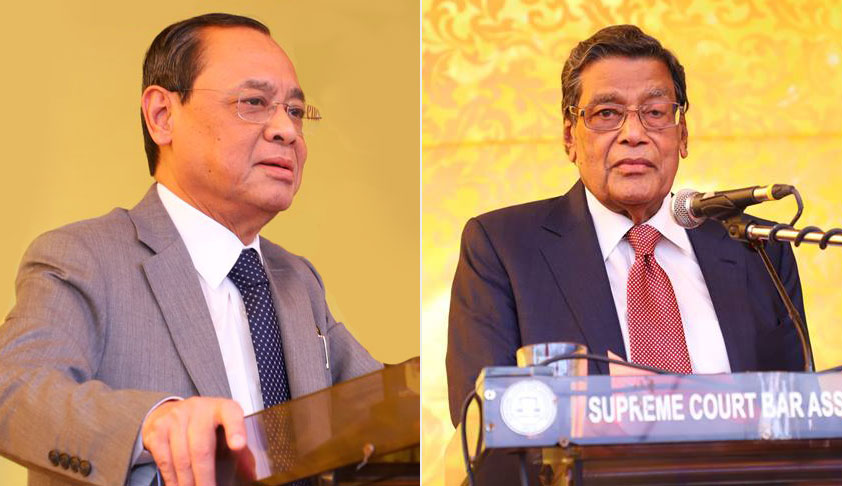 After the Supreme Court rendered its verdict on Friday, dismissing a string of PILs for an independent inquiry into the propriety of the decision-making process, pricing and procedure of procurement as followed in the 2015 Rafale deal, the Union of India has moved an application seeking a correction in the language of two sentences in the judgment.

The error in the two sentences, the Centre avers, appear to have occurred on account of a misinterpretation of a couple of sentences in a note handed over to the Court in a sealed cover.

“The observations in the judgment have also resulted in a controversy in the public domain, and would warrant correction by this Hon’ble Court in the interest of justice”, the government has asserted.

Paragraph 25 of the judgment dated December 14, authored by Chief Justice Ranjan Gogoi, reads, “The pricing details have, however, been shared with Comptroller and Auditor General [hereinafter referred to as “CAG”], and the report of the CAG has been examined by the Public Accounts Committee [hereinafter referred to as “PAC”]. Only a redacted portion of the report was placed before the Parliament and is in public domain.”

The Centre has contended that these statements appear to have been based on the note submitted by the Union of India, alongwith the pricing details, in two sealed covers, in compliance of its order “to be apprised of the details with regard to the pricing/cost (of the 36 Rafale fighter jets sought to be procured in a fly-away condition), particularly the advantage thereof, if any...”

“In the said note, which was in the form of bullet points, the second bullet point carries the following sentences-

‘The Government has already shared the pricing details with the CAG. The report of the CAG is examined by the PAC. Only a redacted version of the report is placed before the Parliament and in public domain’”, stated the Union.

“It would be noted that what has already been done is described by words in the past tense, i.e. the Government ‘has already shared’ the price details with the CAG. This is in the past tense and is factually correct. The second part of the sentence, in regard to the PAC, is to the effect that ‘the report of the CAG is examined by the PAC’. However, in the judgment, the reference to the word ‘is’ has been replaced with the words ‘has been’, and the sentence in the judgment (with regard to the PAC) reads ‘the report of the CAG has been examined by the Public Accounts Committee’”, is the claim of the government.

The Union has explained that its submission to the effect that the report of the CAG “is” examined by the PAC, was a description of the procedure which is followed in the normal course, in regard to the reports of the CAG. The very fact that the present tense “is” is used would mean that the reference is to the procedure which will be followed as and when the CAG report is ready.

“Unfortunately, an element of misinterpretation of the statement made in the note/bullet points handed over on behalf of the Union of India in the sealed cover, appears to have crept in. This has also resulted in a controversy being raised in the public domain”, the Centre has submitted.

In this background, the Central government has prayed that the Court direct the grammatical corrections in paragraph 25 of its judgement “so that any doubts  and or any misunderstanding is not allowed to creep in the judgement”.

After the copy of the ruling was uploaded on the official website of the apex court on Friday, the factual inaccuracies in the judgment, as to the existence of the CAG report, its examination by the PAC, the sharing of an extract of it with the Parliament and the public, were pointed out from several quarters.