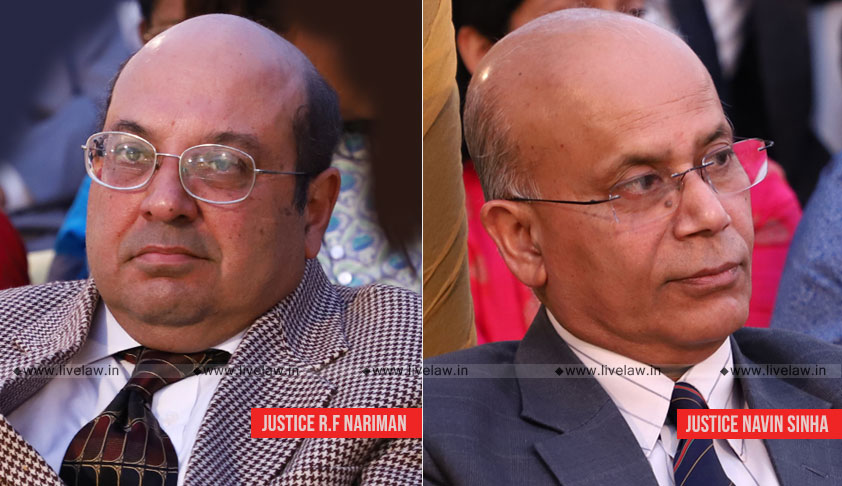 “A reading of the FIR reveals that the police has registered the F.I.R on directions of the Sub-Divisional Magistrate which was clearly impermissible in the law.”

The Supreme Court observed that Executive Magistrate cannot direct the police to register an F.I.R. on basis of a private complaint lodged before him

In this case, a student had lodged a complaint with the Sub-Divisional Magistrate, Unnao that she had been duped into taking admission in an unrecognized institute. The Executive magistrate, on the same day, directed the police to register a first information report and thus an FIR was registered.

The issue considered by Justice Rohinton Fali Nariman and Justice Navin Sinha in Naman Pratap Singh vs. State of Uttar Pradesh was whether the Sub-Divisional Magistrate was competent to do so, and whether such an F.I.R. can be said to have been registered in accordance with the Code of Criminal Procedure,1973.

Referring to various provisions of criminal procedure code, the bench said that an Executive Magistrate has no role to play in directing the police to register an F.I.R. on basis of a private complaint lodged before him.

However, the court clarified: “If a complaint is lodged before the Executive Magistrate regarding an issue over which he has administrative jurisdiction, and the Magistrate proceeds to hold an administrative inquiry, it may be possible for him to lodge an F.I.R. himself in the matter. In such a case, entirely different considerations would arise”

Quashing the FIR, the bench said any such application is filed by the girl (as above), it will have to be considered by the appropriate authority or forum in accordance with law.