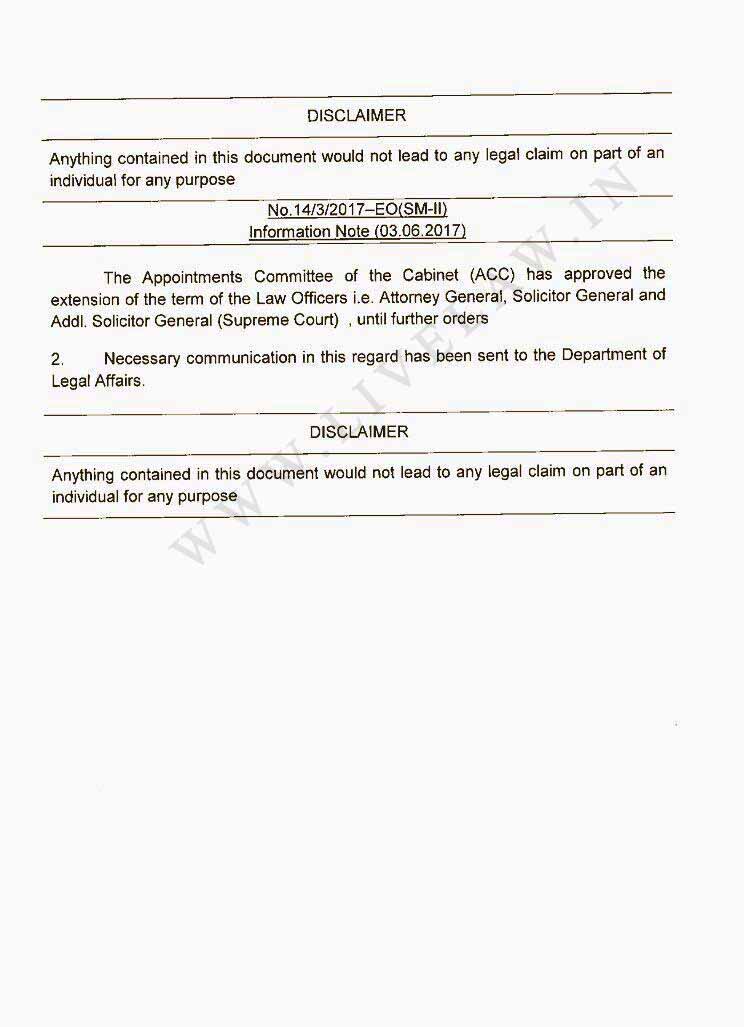 The Appoint Committee of the Union Cabinet has approved the extension of the term of of the Law Officers including Attorney General Mukul Rohatgi, Solicitor General Ranjit Kumar and Additional Solicitor Generals until further orders.

Senior Supreme Court Advocate Mukul Rohatgi was appointed as the 14th Attorney General of India in May 2014.

Rohatgi was Additional Solicitor General during the previous NDA government at the Centre and is considered to be very close to Arun Jaitely, When Jaitely became Law Minister in Vajpayee Government, Rohatgi shifted his practice to Supreme Court beginning his career in Supreme Court  as ASG .