Breaking: Indu Malhotra Sworn In As SC Judge, SC Gets 7th Woman Judge In Its History, First From The Bar 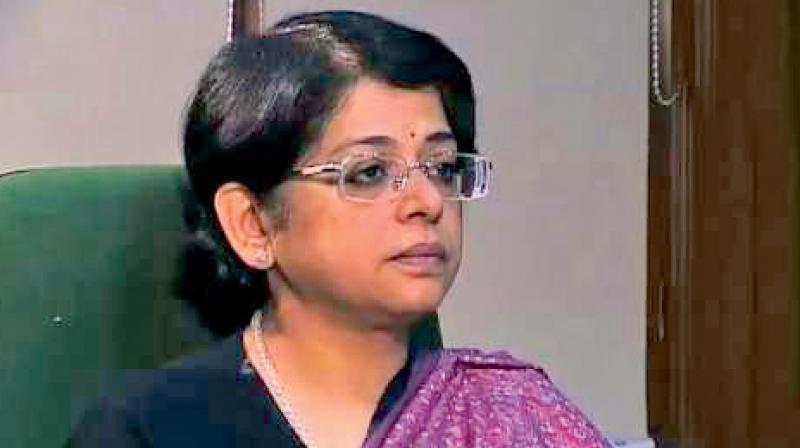 The Supreme Court got its seventh woman judge today, with Senior Advocate Indu Malhotra sworn in as a Judge of the Apex Court. Chief Justice Dipak Misra has administered oath to Indu Malhotra . The appointment raises the total tally of Supreme Court Judges to 25.

Breaking: In A First A Woman Lawyer To Be Appointed As Supreme Court Judge As Centre Clears The Name Of Senior Advocate Indu Malhotra

Her elevation is naturally being received with great pomp and joy throughout, as she has become the first woman Judge to be elevated directly from the Bar. Besides, it is also a timely addition to the Supreme Court, which has been functioning with only one woman Judge for the past three years. Justice R. Banumathi has been the only woman Judge in the Supreme Court since October 29, 2014 when Justice Ranjana Prakash Desai retired from service.

Justice Malhotra obtained her law degree from the Faculty of Law in Delhi University, after completing her B.A. (Hons.) in Political Science from Lady Shri Ram College. She joined the legal profession in 1983 and soon made her way to be qualified as an Advocate-on-Record in the Supreme Court.

She has since been appearing in several education matters pertaining to medical and engineering colleges. She has also represented statutory corporations such as the Securities Exchange Board of India, Delhi Development Authority, Council for Scientific and Industrial Research and Indian Council for Agricultural Research before the Supreme Court.

Notably, she was a member of the Vishaka Committee on sexual harassment at workplace, as well as of the ten member committee constituted by the Apex Court to deal with complaints of sexual harassment within the Court.

It was in 2007 that she was designated as a Senior Advocate by the Supreme Court, becoming the second woman to be designated as such by the Apex Court after a gap of over 30 years.

While her appointment now as a Supreme Court Judge is being welcomed by the legal fraternity, the parallel rejection of recommendation to elevate Chief Justice of Uttarakhand High Court, Justice K.M. Joseph has given rise to several voices of dissent from amongst the community and outside it.

In fact, Senior Counsel Indira Jaising yesterday mentioned a petition on the legality of the dissection of names recommended by the collegium. The Court, however, refused to stay warrant of a constitutional functionary. Meanwhile, an extraordinary meeting of the Supreme Court Bar Association (SCBA) was demanded to pass a resolution against the Centre’s decision.

The proposed resolution expressed deep anguish at the non-inclusion of Justice KM Joseph and condemned the “selective approach of the Executive”. The request moved by about 100 members of the SCBA is endorsed by senior lawyers like CU Singh, Vivek Tankha, Indira Jaisingh, Arvind Datar, Hufeza Ahmadi, Harin P Raval and Pallav Sisodia, and it calls upon the Supreme Court to take appropriate steps to restore the independence of judiciary.