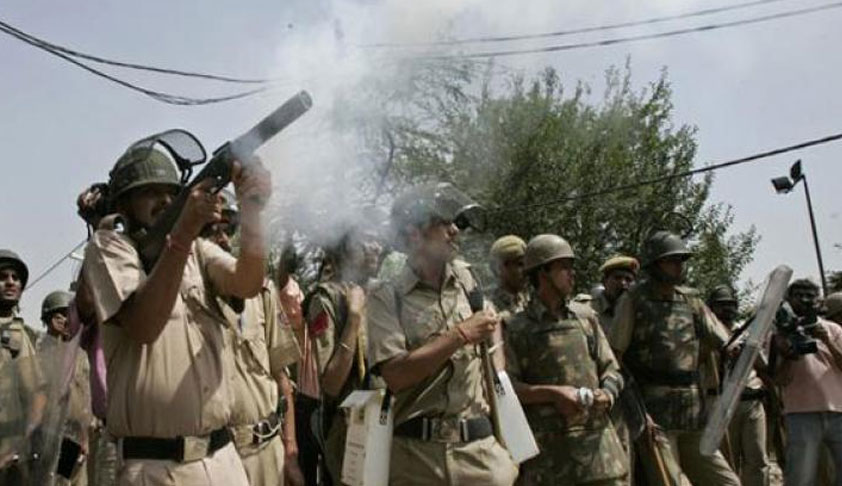 In the aftermath of the police shooting that killed eleven civilians protesting against the Sterlite Copper Plant in Thoothukudi, Supreme Court lawyer G.S. Mani has now filed a petition before the Supreme Court seeking registration of an FIR under Section 302 of the Indian Penal Code against Thoothukudi collector, Superintendent of Police and other police officials.Mr. Mani has also sought...

In the aftermath of the police shooting that killed eleven civilians protesting against the Sterlite Copper Plant in Thoothukudi, Supreme Court lawyer G.S. Mani has now filed a petition before the Supreme Court seeking registration of an FIR under Section 302 of the Indian Penal Code against Thoothukudi collector, Superintendent of Police and other police officials.

Mr. Mani has also sought a probe into the incident by the Central Bureau of Investigation (CBI), and has urged the Court to monitor the same. Additionally, he has further demanded that internet services in the districts of Tuticorin, Tirunelveli and Kanyakumari in Tamil Nadu be restored, as they had been suspended after the incident.

The Petition alleges that the inquiry into the incident directed by Chief Minister of Tamil Nadu Mr. Edappadi K. Palaniswami is "only an eyewash". It further submits that the announcement of compensation of Rs. 10 lakh for the family of those killed during the shooting is "only to please the pubic and in order to escape from the heinous crime of murdering innocent civilian".

It then points out that the Police machinery should have effectively stopped the protestors before they reached the Collectorate, instead of firing at them later. Besides, it highlights the fact that police officers have now refused to call out the official who ordered the firing.

The Petition further rejects the claim of the Police officials that the firing was necessary since the protestors engaged in violence despite Section 144 of Cr.P.C being in force, and asserts that this was "a pre-planned murdered committed by the police personnel with the help of the high-level police official and district administration namely District SP and District Collector".

Thereafter, demanding a CBI investigation into the incident, the Petition contends that the State Police would not be able to conduct a free and fair investigation into the incident due to the involvement of senior police officials. It demands, "...the police fire and killing of more 10 people in Tuticorin district is a pre-planned done by highly influential State police officer and the then District collector with the help of the respondent state. It is a clear case of murder.

So, it is just and necessary that this Hon’ble Court may be please to order the respondent CBI to register a case against the Superintendent of Police, Tutoring District, the then District Collector and other unknown person or police officer who are responsible for this fake encounter or killing under section 302 IPC and direct it to submit a status report in a sealed before this Hon’ble Court. This Hon’ble Court may also please to monitor the probe to be done by the respondent CBI as the high level police officer and district collector is involved in this crime and there is a chance influencing the investigation and to tamper the evidences."

Besides, the Petition considers it appropriate for the Court to order a compensation of Rs. 50 lakhs to the families of people who were killed in the firing, and Rs. 25 lakhs to those who got seriously injured.

Yesterday, the Madurai Bench of the Madras High Court had directed Vedanta to stop the construction of Unit II of its Sterlite Copper Plant. The Court directed that the application of renewal of Environmental Clearance (EC) submitted by Vedanta shall be processed expeditiously after conducting a mandatory public hearing. The authorities were directed to decide the application within a period of four months, i.e. on or before 23 September. Till then, the construction at the plant has been stayed.