Breaking: Judicial Vacancies- "If You Can't Fill Vacancies, We Will Take Over And Do What Is Needed", SC Seeks Personal Presence Of Registrar Generals(HCs) And Rep. Of States On Nov 15 [Read Order] 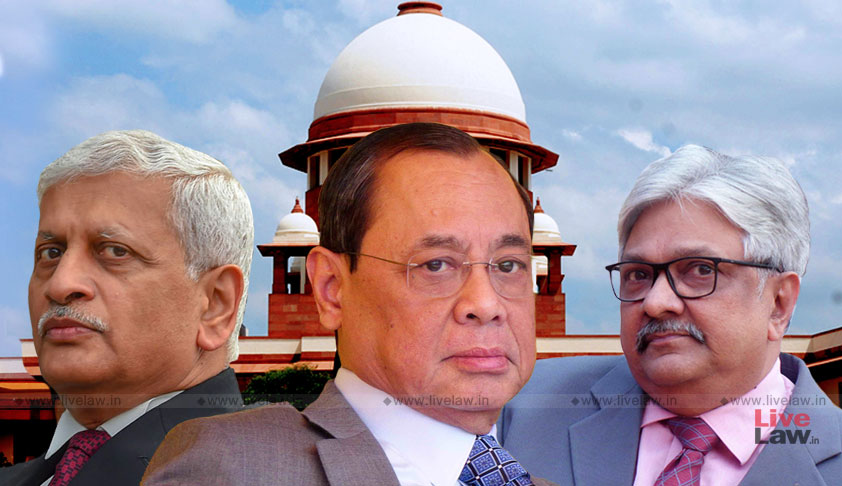 The Supreme Court on Thursday reprimanded the States and the High Courts for their inefficiency in filling the vacancies in the subordinate judiciary, cautioning them that if the needful is not done in a timely manner, the court may contemplate centralizing the recruitment procedure.Deciding to examine the status of the different High Courts in batches, the bench of Chief Justice Ranjan Gogoi...

The Supreme Court on Thursday reprimanded the States and the High Courts for their inefficiency in filling the vacancies in the subordinate judiciary, cautioning them that if the needful is not done in a timely manner, the court may contemplate centralizing the recruitment procedure.

Deciding to examine the status of the different High Courts in batches, the bench of Chief Justice Ranjan Gogoi and Justices UU Lalit and KM Joseph required the concerned Registrars General and the authorised representatives of the Chief Secretaries of the states of Uttar Pradesh, Maharashtra, West Bengal, Chhattisgarh, Delhi and the North-Eastern States to be personally present on November 15.

“Our gaze is on all states. If the vacancies cannot be filled by you, we will take over and do what is needed....There are hordes of applications by candidates who are deserving and what are you doing? Nothing was initiated to address the issue till we began monitoring! Our recurring queries have also not yielded any definite replies!”, rebuked the Chief Justice.

"The Registrars General of the aforesaid High Courts i.e. High Courts of Allahabad, Bombay, Calcutta, Chhattisgarh, Delhi, Gauhati, Manipur, Meghalaya, Sikkim and Tripura) will be present in Court in person to assist this Court. Needless to say the Registrars General are  expected to be fully acquainted with all aspects of the ongoing selections, vacancies, etc. so as to be able to answer all such queries that may be put to them by the Court. We also direct the Chief Secretaries of the aforesaid States concerned i.e. Uttar Pradesh, Maharashtra, West Bengal, Chhattisgarh, Delhi and the North-Eastern States whose cases are being considered on 15th November, 2018 to depute a suitable officer(s) who is/are conversant with all details of the issue(s) involved and competent to take decision(s) in the matter in Court, if necessary".

Pulling up the Delhi High Court, he said, “It is taking over a year to complete the selection and recruitment when the number of posts is only 200? This casual attitude is not justified!”

The bench also came down on the Punjab and Haryana High Court, observing that while the examination of 2015 was cancelled, the fresh advertisement has attracted a humongous number of applications and that as the deadline for submitting the applications approached, the official website had crashed on account of the traffic.

The bench has also directed that Registrars General of the High Courts, the Secretaries of the State Public Service Commissions and the Officer(s) to be authorized by the Chief Secretaries of the States concerned shall interact between themselves at their respective places of posting to ensure prompt and timely appointments against the vacant posts and to draw up a plan/scheme to fill up the deficiency/deficiencies in infrastructure and manpower which would be presented to the Court on the next date fixed.

The Bench has asked the Registrars General of the concerned High Courts; the Secretaries of the State Public Service Commissions as well as the Authorized Officer(s) of the States concerned to interact with Shri Shyam Divan, Amicus Curiae so as to enable the learned Amicus Curiae to present the result/position before the Court in as precise a manner as possible

Passing a suo motu order in the wake of the alarming number of vacancies in the subordinate judiciary across the country, Chief Justice Gogoi had on October 22 required, under Article 142, all High Courts to relay to the registry of the apex court the following information by October 31-

• the Dates on which the recruitment processes for lower and higher judicial services have been initiated and are expected to be completed;

• Whether the time taken or likely to be taken is beyond the schedule prescribed by this court in Malik Mazhar Sultan v. UP Public Service Commission (2006). If yes, the reasons be furnished by the concerned registries;

• Whether time expected to be taken to complete the ongoing process can be shortened to comply with the guidelines in Malik Mazhar which the court understands to be prescribing the outer time limit and not the minimum period;

• The number of vacancies which have occurred in respect of the civil judge and the higher judicial services cadre since the date of issuance of advertisement of vacancies till the date on which the processes are expected to be completed;

• Whether the infrastructure and manpower in different states are adequate if all posts which are borne in a cadre are to be filled up.