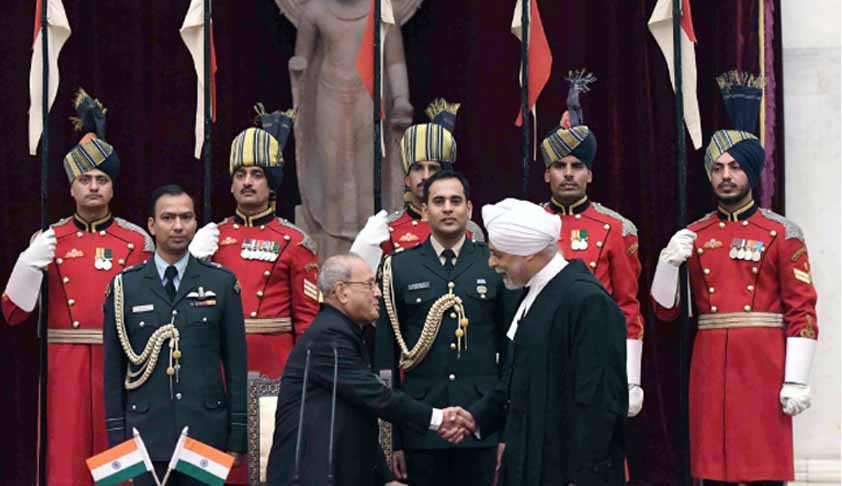 Senior most Judge of Supreme Court Justice Jagdish Singh Khehar Sworn in as 44th Chief Justice of India by President Pranab Mukherjee at a function at Rashtrapathi Bhavan.

He took over the top post from Justice TS Thakur who retired on Wednesday.

He assumed office as a Judge in the Supreme Court on September 13, 2011. Justice Khehar led the constitution bench which held the NJAC Act unconstitutional. He was a member of the Judges Inquiry Committee for investigating the grounds on which the removal of Mr. Justice P.D. Dinakaran, Chief Justice of the Karnataka High Court, has been sought. Last week the Supreme Court collegium has reportedly decided to defer recommending names for appointment of Judges to the Supreme Court, till Justice J.S. Khehar assumes office on January 4, 2017. The collegium, after CJI Thakur’s retirement, would comprise of Justice Khehar, Justice Dipak Misra, Justice Jasti Chelameswar, Justice Ranjan Gogoi and Justice Madan B. Lokur.