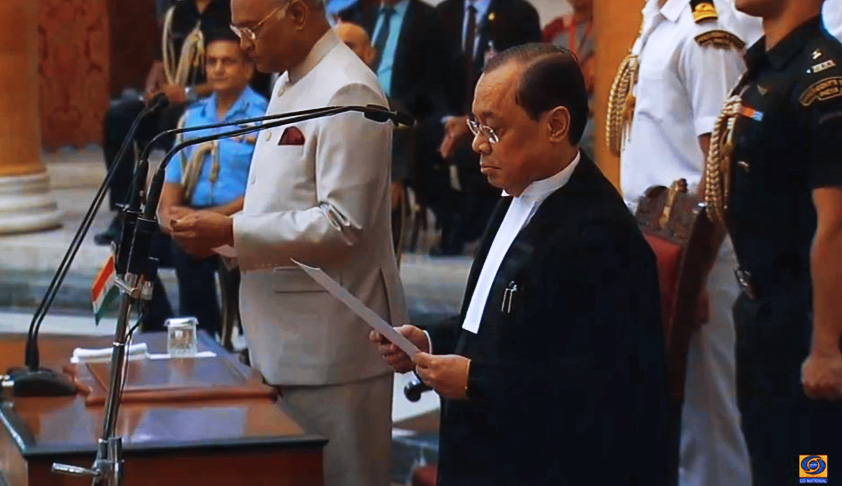 Justice Ranjan Gogoi was sworn in as the 46th Chief Justice of India.

President Ram Nath Kovind administered the oath to Justice Gogoi at a brief ceremony held in the Darbar Hall of the Rashtrapati Bhavan.

He is the first Chief Justice from the Northeast.

Son of former Assam Chief Minister Keshab Chandra Gogoi, he was enrolled as an advocate in 1978. He practised in the Gauhati High Court on constitutional, taxation and company matters.

He was appointed as a permanent judge of the Gauhati High Court on February 28, 2001.

Gogoi, 63, hit the headlines in January by holding a controversial press conference along with three other senior-most judges of the top court and four months later he once again drew everyone's attention with his remark, "independent judges and noisy journalists are democracy's first line of defence".

A "revolution, not reform" is needed to keep the institution of judiciary serviceable for the common man, Gogoi had said.

He has delivered various significant judgement including Assam's National Register of Citizens (NRC), setting up of special courts to exclusively try MPs and MLAs, Rajiv Gandhi assassination case convicts for remission of their life sentences and appointment of anti-corruption ombudsman Lokpal among others.