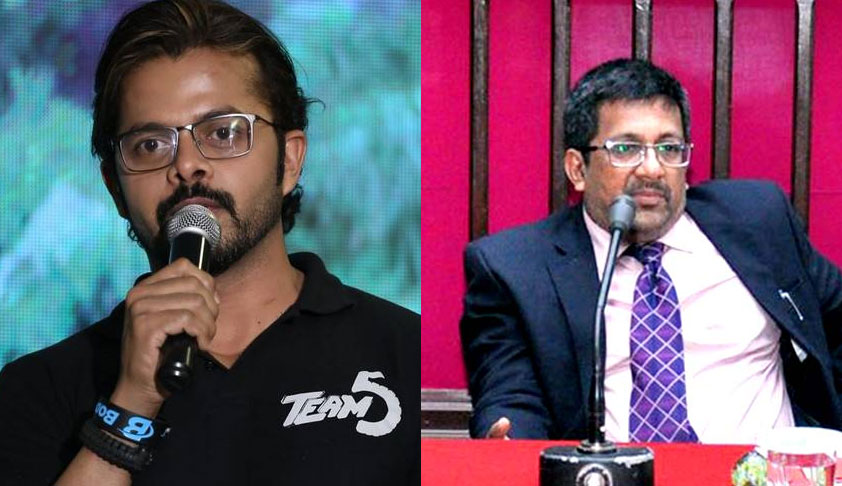 Kerala High Court on Monday set aside the life ban and other punishments imposed by BCCI on former Indian Cricketer Sreesanth.

Justice A Muhamed Mustaque has allowed the writ petition by Sreesanth against the ban and other punishments pursuant to the disciplinary proceedings initiated by BCCI against him.

Sreesanth suffered an ignominious exit from all format of the cricket, nationally and internationally due to his alleged involvement in the allegations of corruption.  He was arrested in a case registered by the Delhi Police.  Later he was discharged from the crime as it was found that no offence would lie against him under the law.

The Court held that there were no materials or evidence before the disciplinary committee to conclude that Sreesanth was guilty of the violation of the anti-corruption code formulated by the BCCI.

"The disciplinary committee ought to have been careful in analysing evidence especially when the deal itself had failed to work out. The only probability in such circumstances that can be pinpointed against Sreesanth is based on his knowledge on the subject of the bet. No doubt, even if the deal did not work out, if Sreesanth had agreed for sport fixing, the BCCI could have imposed the extreme punishment now imposed. The entire evidence, no doubt, clearly points out that the betting Syndicate and other mafia have encircled the gentleman's game cricket as well. The BCCI in its earnest efforts to extinguish such bad elements should have separated the wheat from the chaff. The BCCI's efforts to weed out corruption and to uphold the dignity of the game while need to be emphasised but that should not be in a way by over zealously reacting to it", says the order.

The Court observed that it must be remembered in every disciplinary action related to a player of national repute, the player suffers his repute and confidence which he built through hard work.

"It is the duty of the BCCI to safeguard such interest of the player without compromising purity and integrity of the game", the Court said.