Breaking; Killings in police encounters affect the credibility of Rule of Law and Administration of Criminal Justice System. Supreme Court issues 16 Guidelines for Investigation of Police Encounters; [Read the Judgment] 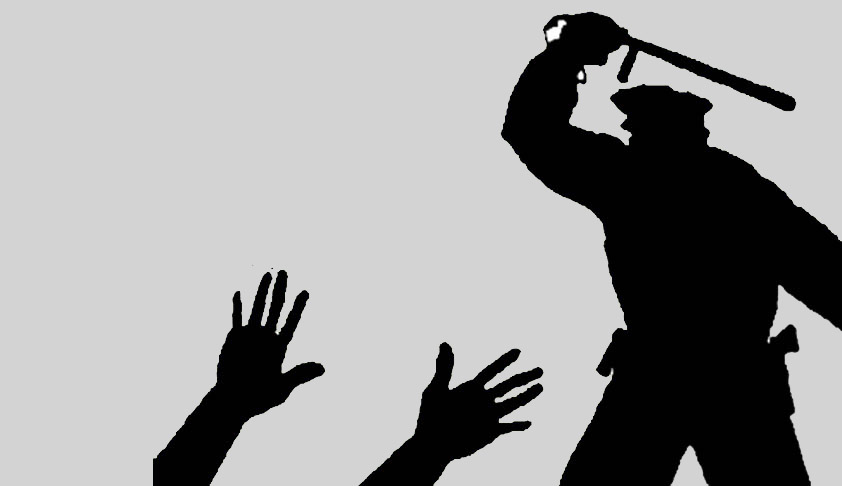 In a Landmark Judgment Supreme Court Today issued 16 Guidelines to be followed in the matters of investigating police encounters in the cases of death as the standard procedure for thorough, effective and independent investigation. A two Judge Bench comprising of CJI Lodha and Justice RF Nariman held that Article 21 of the Constitution of India guarantees "right to live with human dignity"....

In a Landmark Judgment Supreme Court Today issued 16 Guidelines to be followed in the matters of investigating police encounters in the cases of death as the standard procedure for thorough, effective and independent investigation. A two Judge Bench comprising of CJI Lodha and Justice RF Nariman held that Article 21 of the Constitution of India guarantees "right to live with human dignity". Any violation of human rights is viewed seriously by Court as right to life is the most precious right guaranteed by Article 21 of  the  Constitution. It is also held that killings in police encounters affect the credibility of the rule of law and the administration of the criminal justice system

Writing the Judgment, in PUCL vs.Union of India, CJI Lodha expressed the Court's concern by holding that "The  guarantee  by  Article  21  is  available  to  every person and even the State has no authority to violate that right. In line with the guarantee provided by Article 21 and other provisions in the Constitution of India, a number of statutory provisions also seek to protect personal liberty, dignity and basic human rights. In spite of Constitutional and statutory provisions aimed at safeguarding the personal liberty and life of a citizen, the cases of death in police encounters continue to occur".

After referring to various suggestions given by Advocate Prashant Bhushan for PUCL, Amicus Curie Gopal Sankaranarayanan and considering the NHRC Guidelines relating to the issue, Supreme Court issued following Guidelines;

(1) Whenever the police is in receipt of any intelligence or tip-off regarding criminal movements or activities pertaining to the commission of grave criminal offence, it shall be reduced into writing in  some form (preferably into case diary) or in some electronic form. Such recording need not reveal details of the suspect or the location to  which  the  party  is  headed. If  such  intelligence  or  tip-off  is received by a higher authority, the same may be noted in some form without revealing details of the suspect or the location.

(3) An independent investigation into the incident/encounter shall be conducted by the CID or police team of another police station under the supervision of a senior officer (at least a level above the head  of  the  police  party  engaged  in  the  encounter).  The  team conducting inquiry/investigation shall, at a minimum, seek:

(a) To identify the victim; colour photographs of the victim should be taken;

(b) To recover and preserve evidentiary material, including blood-stained  earth,  hair,  fibers and  threads,  etc.,  related  to  the death;

(c) To identify scene witnesses with complete names, addresses and telephone numbers and obtain their statements (including the statements of police personnel involved) concerning the death;

(d) To  determine  the  cause,  manner,  location  (including preparation of rough sketch of topography of the scene and, if possible, photo/video of the scene and any physical evidence) and time of death as well as any pattern or practice that may have brought about the death;

(g) Any evidence of weapons, such as guns, projectiles, bullets and cartridge cases, should  be taken and preserved. Wherever applicable, tests for gunshot residue and trace metal detection should be performed.

(h) The cause of death should be found out, whether it was natural death, accidental death, suicide or homicide.

(4) A Magisterial inquiry under Section 176 of the Code must invariably be held in all cases of death which occur in the course of police firing and a report thereof must be sent to Judicial Magistrate having jurisdiction under Section 190 of the Code.

(5) The involvement of NHRC is not necessary unless there is serious doubt about independent and impartial investigation. However, the information of the incident without any delay must be sent to NHRC or the State Human Rights Commission, as the case may be.

(6) The injured criminal/victim should be provided medical aid and his/her statement recorded by the Magistrate or Medical Officer with certificate of fitness.

(7) It should be ensured that there is no delay in sending FIR, diary entries, panchnamas, sketch, etc., to the concerned Court.

(8) After full investigation into the incident, the report should be sent to the competent court under Section 173 of the Code. The trial, pursuant to the chargesheet submitted by the Investigating Officer, must be concluded expeditiously.

(9) In the event of death,  the next of kin of the alleged criminal/victim must be informed at the earliest.

(10) Six  monthly  statements  of  all  cases  where  deaths  have occurred in police firing must be sent to NHRC by DGPs. It must be ensured that the six monthly statements reach to NHRC by 15th day of January and July, respectively. The statements may be sent in the following format along with post mortem, inquest and, wherever available, the inquiry reports:

(a) Self defence in encounter.

(b)  In the course  of dispersal of unlawful assembly.

(c) In the course of affecting arrest.

(iv) Brief facts of the incident.

(vii) Findings of the Magisterial Inquiry/Inquiry by Senior Officers:

(a)  disclosing, in particular, names  and designation of police officials, if found responsible for the death; and

(b)  whether use of force was justified and action taken was lawful.

(11) If on the conclusion of investigation the materials/evidence having come on record show that death had occurred by use of firearm amounting to offence under the IPC, disciplinary action against such officer must be promptly initiated and he be placed under suspension.

(12) As regards compensation to be granted to the dependants of the victim who suffered death in a police encounter, the scheme provided under Section 357-A of the Code must be applied.

(13) The police officer(s) concerned must surrender his/her weapons  for  forensic  and  ballistic  analysis,  including  any  other material, as required by the investigating team, subject to the rights under Article 20 of the Constitution.

(14) An  intimation  about  the  incident  must  also  be  sent  to  the police  officer's  family  and  should  the  family  need  services  of  a lawyer / counselling, same must be offered.

(15) No out-of-turn promotion or instant gallantry rewards shall be bestowed on the concerned officers soon after the occurrence. It must be ensured at all costs that such rewards are given/recommended  only  when  the  gallantry  of  the  concerned officers is established beyond doubt.

(16) If the family of the victim finds that the above procedure has not been followed or there exists a pattern of abuse or lack of independent investigation or impartiality by any of the functionaries as above mentioned, it may make a complaint to the Sessions Judge having territorial jurisdiction over the place of incident. Upon such complaint being made, the concerned Sessions Judge shall look into the  merits  of  the  complaint  and  address  the  grievances  raised therein.