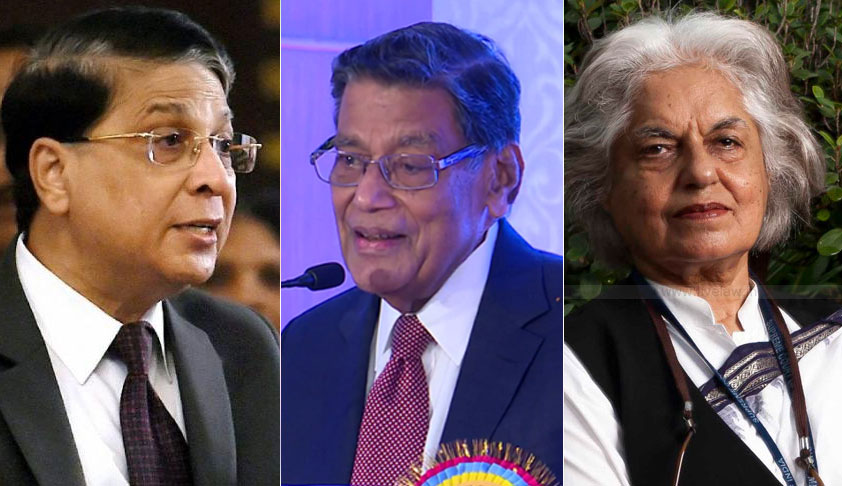 In a significant step towards transparency and accountability, the Supreme Court on Monday favoured the live streaming of court proceedings in all matters, except where the hearing is held in camera, in rape cases and matrimonial disputes.The bench of Chief Justice Dipak Misra and Justices A. M. Khanwilkar and D. Y. Chandrachud, hearing two PILs by Senior Advocate Indira Jaising and law...

In a significant step towards transparency and accountability, the Supreme Court on Monday favoured the live streaming of court proceedings in all matters, except where the hearing is held in camera, in rape cases and matrimonial disputes.

The bench, noting the same as being the “need of the hour”, insisted on promptness in the same behalf.

The Bench observed that live streaming of court proceedings will help litigant instantaneously know what happened to his case and how his lawyer performed his case before the Court.

Attorney General KK Venugopal submitted that all court proceedings should be streamed live not only the constitution bench matters.

In the Petition, Ms. Jaising asserts that live telecast of such cases will increase access to courts, and will “negate the chances of any misreporting, errors or second-hand information”. The Petition, however, acknowledges that the Court may place restrictions on such videography in cases involving countervailing interests of privacy, such as family law and criminal law cases.

She further contends that the "right to seek, receive information including live streaming of Supreme Court proceedings" is a Fundamental Right guaranteed under Article 19(1)(a) of the Constitution. She explains, "...our constitutional fabric is such that we accept the cardinal principle that justice must not only be done but seen to be done and thus it becomes essential that persons that may be affected by the Supreme Court’s decisions be able to access the same vide live streaming and video recording. Citizens including the Petitioner herein has a fundamental right under Article 19(1)(a) to receive information by way of live streaming of proceedings in the Supreme Court of India."

She then makes reference to the telecast of proceedings by both Houses of the Parliaments, submitting, "... the successful implementation of recording, telecasting and webcasting from the Parliament should follow to the Supreme Court, especially in matters of public importance, which will promote transparency and accountability in administration of justice and will inspire confidence of the public in the judiciary."

Ms. Jaising further highlights the fact that in furtherance of the common law principle of ‘Open Justice’, various common law jurisdictions and International Courts have facilities for audio- video recording of proceedings, which are subsequently made available through various platforms.

To this end, she also demands framing of guidelines for determination of cases as that of "constitutional and national importance having an impact on the public at large or a large number of people" that qualify for live streaming. She further sought a direction to the Centre to put in place the necessary infrastructure for live-streaming. Till the time such infrastructure is arranged, she asked the Court to record proceedings in such cases and upload it on its own YouTube channel.