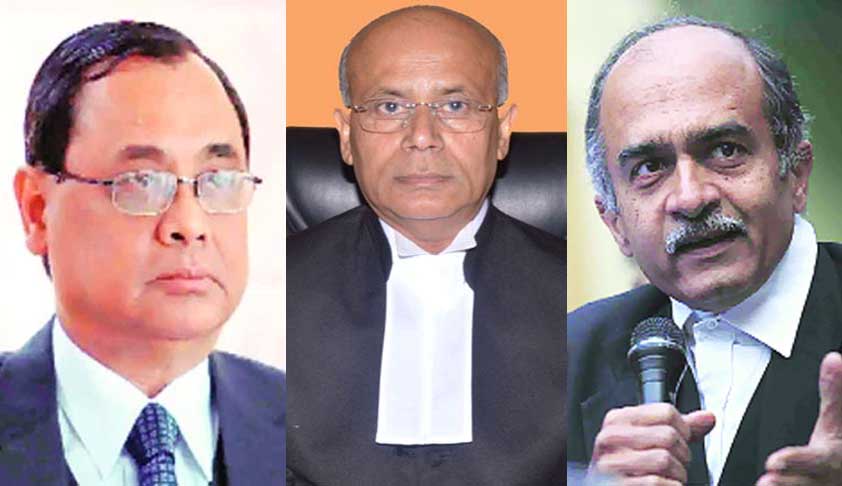 Strongly pushing for appointment of a Lokpal, the Supreme Court today said the existing Lokpal Act is a workable piece of legislation and there was no justification to keep its operation pending.

A bench of Justice Ranjan Gogoi and Justice Navin Sinha was delivering judgment in a batch of public interest litigations filed three years ago by NGO Common Cause and Just Society and argued by Senior Advocate Shanti Bhushan, Advocates Prashant Bhushan and Gopal Sankaranarayanan seeking appointment of a Lokpal and Lokayuktas. It wanted that the Chairperson and the members of the body should be appointed as per the amended rules framed under the 2013 Act.

The court was also of the opinion that there was absolutely no need to wait for amendments to the Act for enforcing it.

The tone of the court order meant that the SC bench did not agree with the Centre that absence of leader of Opposition in Lok Sabha was delaying the appointments.

The Bench has observed that a consideration of the other provisions of the Act in respect of which amendments have been proposed, and the views of the Parliamentary Standing Committee in this regard which are available in its report, in our considered view, are attempts at streamlining the working of the Act and in no way constitute legal hindrances or bars to the enforcement of the provisions of the Act as it stands today.

The bench had reserved its verdict on March 28.

The Bench has concluded the Judgment quoting the following words of Justice Krishna Iyer In Reference, the Special Courts Bill, 1978 and holding that the Act as it stands today is an eminently workable piece of legislation and there is no justification to keep the enforcement of the Act under suspension till the amendments, as proposed, are carried out.

“The pathology of our public law, with its class slant, is that an unmincing ombudsman or sentinel on the qui vive with power to act against those in power, now or before, and offering legal access to the informed citizen to complain with immunity does not exist; despite all the bruited umbrage of political performers against peculations and perversions by higher echelons. Law is what law does, not what law says; and the moral gap between word and deed menaces people’s faith in life and law. The tragedy, then, is that democracy becomes a casualty.”