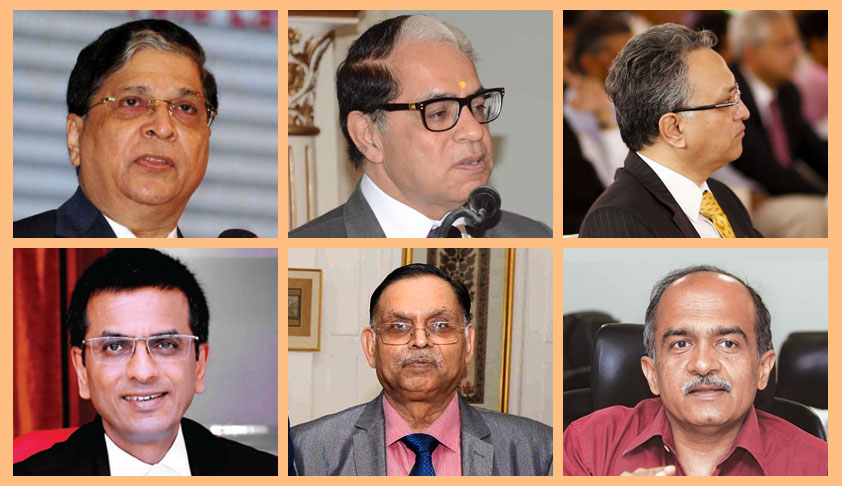 Supreme Court of India has held that right to die with dignity is a fundamental right. The Bench also held that passive euthanasia and a living will also legally valid. The Court has issued detailed guidelines in this regard."The right to life and liberty as envisaged under Article 21 of the Constitution is meaningless unless it encompasses within its sphere individual dignity. With the...

Supreme Court of India has held that right to die with dignity is a fundamental right. The Bench also held that passive euthanasia and a living will also legally valid. The Court has issued detailed guidelines in this regard.

The Bench also held that the right to live with dignity also includes the smoothening of the process of dying in case of a terminally ill patient or a person in Persistent vegetative state with no hope of recovery.

"A failure to legally recognize advance medical directives may amount to non-facilitation of the right to smoothen the dying process and the right to live with dignity. Further, a study of the position in other jurisdictions shows that Advance Directives have gained lawful recognition in several jurisdictions by way of legislation and in certain countries through judicial pronouncements.

Though the sanctity of life has to be kept on the high pedestal yet in cases of terminally ill persons or PVS patients where there is no hope for revival, priority shall be given to the Advance Directive and the right of self-determination. In the absence of Advance Directive, the procedure provided for the said category hereinbefore shall be applicable.

When passive euthanasia as a situational palliative measure becomes applicable, the best interest of the patient shall override the State interest", said the CJI

The Constitution Bench of Chief Justice Dipak Misra and Justices AK Sikri, AM Khanwilkar, DY Chandrachud and Ashok Bhushan was delivering its verdict on a PIL filed by NGO Common Cause in 2005 seeking robust system of certification for passive euthanasia and legal recognition for ‘living will’ in India.

After extensive hearing during which both the petitioner and the government was heard, the bench had reserved its judgment on October 11.

It was a bench headed by the Chief Justice P Sathasivam which referred this case to Constitution Bench on a plea by an NGO Common Cause that a person, who is afflicted with a terminal disease, should be given relief from agony by withdrawing artificial medical support provided to him which is medically referred to as passive euthanasia.

A five Judge Bench of Supreme Court in Gian Kaur v. State of Punjab held both euthanasia and assisted suicide not lawful in India and overruled the two Judge Bench decision in P. Rathinam v. Union of India. The Court held that the right to life under Article 21 of the Constitution does not include the right to die. But later in Aruna ramchandra Shanbaug v. Union of India the Supreme Court held that passive euthanasia can be allowed under exceptional circumstances under the strict monitoring of the Court. The difference between ‘active’ and passive’ euthanasia is that in active euthanasia something is done to end the patient’s life while in passive euthanasia, something is not done that would have preserved the patient’s life.

WHAT IS LIVING WILL

Living will is a written document that allows a patient to give explicit instructions in advance about the medical treatment to be administered when he or she is terminally ill or no longer able to express informed consent.

It includes authorizing their families to switch off life support in case a medical board declared that they were beyond medical help.
During the hearing, the government expressed its opposition to the concept of living will.

It argued that a living will be misused and may not be viable as a part of public policy.

The government, however, said that it had agreed in principle to permit 'passive euthanasia'.

It means allowing the withdrawal of life support from patients in a permanently vegetative state and permitting them to die.

The government even said it had drafted a 'management of patients with terminal illness, withdrawal of medical life support bill'.

SC was prima facie of the opinion that there should be guidelines for drafting ‘living wills’ also and authenticating them.

Not agreeing with the government completely, the bench had said that it would lay down norms governing how such living wills can be drawn up, executed and given effect to. "Now that you have decided to allow passive euthanasia, we have to evolve safeguards," the CJI had said.
The CJI refused to leave the issue of whether to allow a person to pass on with dignity and in peace, in accordance with his wishes, to the government.

"The individual’s will, his right will be thwarted in such a case," he had said.

The bench said that advance directive by a person in the form of ‘living will’ can even be approved by a magistrate.

Bhushan argued that the right to die peacefully was part of the right to life guaranteed under Article 21 of the Constitution.