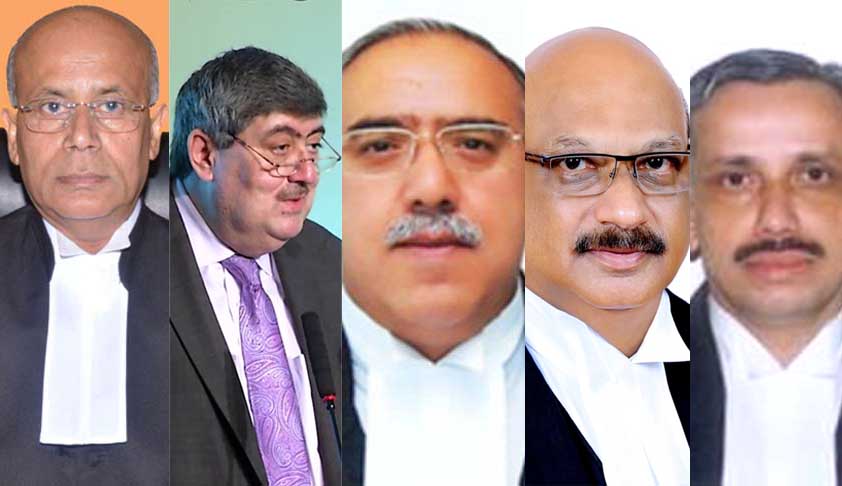 Five new judges to the Supreme Court were sworn in on Friday by Chief Justice of India JS Khehar, taking the court’s strength to 28, with three seats still vacant.

Interestingly, none of the five new judges will get an opportunity to serve as the Chief Justice of India, before their retirement, as all of them would retire, before Justice DY Chandrachud retires on November 10, 2024. Justice Chandrachud will take over as the CJI after Justice Uday Umesh Lalit completes his two-month term on November 8, 2022, and have the longest tenure of two years in recent years.

Justice Sanjay Kishan Kaul graduated in Economics (Hons.) from St. Stephen’s College, Delhi University, in 1979 and later obtained LLB from Campus Law Centre, Delhi University, in 1982. He was appointed as the chief justice of Punjab and Haryana High Court in June 2013, before being sworn in as chief justice of the Madras High Court in 2014. His recent ruling upheld freedom and expression and led to the ‘resurrection’ of Tamil writer Perumal Murugan.

Justice Mohan M Shantanagoudar enrolled as an advocate on September 5, 1980. He practised for one year at Dharwad in the Chambers of IG Hiregoudar, advocate, before shifting practice to Bengaluru. He joined the chambers of Shivaraj V Patil, advocate (as he then was), who later adorned the Supreme Court. He started independent practice in 1984. He served as vice-chairman of Karnataka State Bar Council from 1991 to 1993 and as chairman of Karnataka State Bar Council during 1995 and 1996. He also served as state public prosecutor of Karnataka from 1999 to 2002. He was appointed as additional judge of the Karnataka High Court on May 12, 2003, and as permanent judge on September 24, 2004. He assumed charge as acting chief justice of Kerala High Court on August 1, 2016, and was sworn in as its chief justice on September 22, 2016.

Justice Navin Sinha was born on August 19, 1956. He was enrolled as an advocate on July 26, 1979. He practiced in the Patna High Court for 23 years on civil, constitutional, labour, service, commercial, company (limited), criminal matters and specialised in commercial, civil, service, constitutional laws. He was counsel for several Government of India organisations, apart from private corporate sector. He was appointed as permanent judge of the Patna High Court on February 11, 2004. He was transferred to Chhattisgarh High Court and took oath on July 9, 2014 (FN).