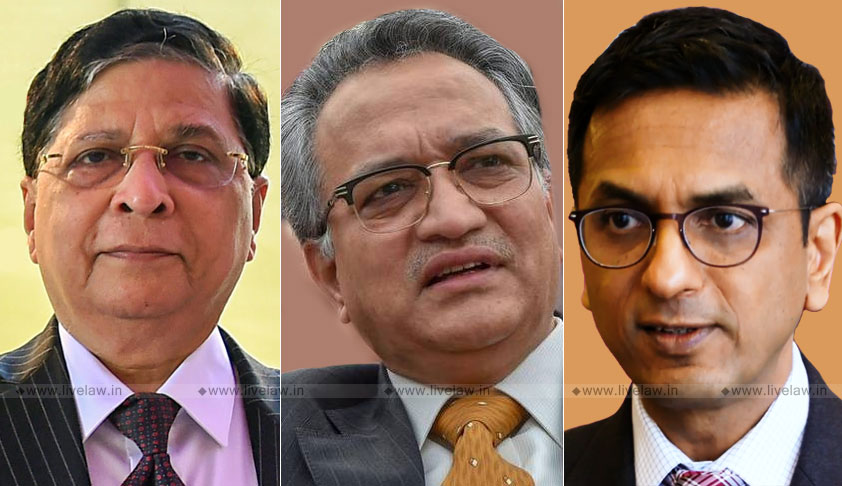 The Supreme Court bench of Chief Justice Dipak Misra, Justice D. Y. Chandrachud and Justice A. M. Khanwilkar on Monday referred to a five-judge bench the question of constitutionality of the alleged practice of Female Genital Mutilation (FGM) purported to be followed by the Dawoodi Bohra community in India.At the previous hearings, Senior Counsel Abhishek Manu Singhvi has advanced arguments...

The Supreme Court bench of Chief Justice Dipak Misra, Justice D. Y. Chandrachud and Justice A. M. Khanwilkar on Monday referred to a five-judge bench the question of constitutionality of the alleged practice of Female Genital Mutilation (FGM) purported to be followed by the Dawoodi Bohra community in India.

At the previous hearings, Senior Counsel Abhishek Manu Singhvi has advanced arguments in favour of the practice being an ‘essential’ part of the Fatimid school of Islam on behalf of as many as 70,000 women of the said community.

He has sought a reference to a larger bench on the ground that in the past, questions of essentiality and integrality of a religious practice to a faith have always been adjudicated upon by a constitution bench. Besides, the decision in Sardar Syedna Taher Saifuddin Saheb (1962), recognising the authority in civil as well as ecclesiastical matters of the ‘Dai’ as the living, human representation of the ‘Imam’ in seclusion, was also rendered by a five judge bench.

On September 6, Senior Advocate Indira Jaising had opposed the prayer for a reference to a constitution bench, insisting that several issues raised in the case at hand will be canvassed in the judgments in the Sabarimala Temple entry case and in the Golrookh Gupta matter (right of a Parsi woman married to a Non-Parsi to perform the funeral rites of her father). “If every case is referred to a constitution bench, then where would we stand?”, was her contention.

The bench had on that day deferred the hearing in the FGM case to after the decision in the Sabarimala controversy is pronounced.

On Monday, Attorney General K. K. Venugopal backed the request for its reference to a larger bench. Senior Advocate Mukul Rohatgi, also appearing for the Dawoodi Bohra community, pressed that the present issue was a very important one and could not be generalised with other similar cases involving religious practices.

It may be noted that on earlier occasions, the three judge bench has been inclined towards tje view that a ritualistic or customary practice, claimed to be an essential part of the doctrine of a religion, must also satisfy the test of constitutional morality to be entitled to the protection of Article 25.

The Bench was hearing the petition filed by Advocate Sunita Tiwari.

The Petition, contends that the practice of khatna, as performed on every girl child within the Dawoodi Bohra religious community, does not have any reference in the Quran and is carried out without any medical reason. It thereby expresses anguish over the “the atrocity, bodily pain, in-humanness and mental torture faced by the girls and women of Dawoodi Bohra community for their entire life due to the unhygienic and illegal surgeries performed on their person for non medical reasons during their childhood.”

Terming it an “archaic ritual”, it further contends that the practice is violative of Article 14 and 21 of the Constitution of India, submitting that the same encompasses the right of every child and woman to live with dignity, honour and without any deformity caused upon them by the others.

The Petition thereby demands implementation of a resolution on the elimination of FGM, passed in 2012 by the UN General Assembly. It also makes reference to the World Health Organisation records which classify FGM as a violation of human rights. According to WHO, FGM reflects deep-rooted inequality between the sexes, and constitutes an extreme form of discrimination against women and rights of children. The WHO, further, categorically states that no form of FGM has any medical benefits, and that it only causes severe physical, psychological and sexual harm to the young girls on whom it is perpetrated.

“…the practice of Khatna is illegal and against the religious norms/customs and amounts to serious violation of child rights as well as the rights of a woman to live with freedom and dignity and also a violation of human rights, and hence, amounts to cruelty of the first order, which is a heinous crime… The Union of India has failed to protect person and property of its citizens and the society from crimes done in the name of rituals and religion which are otherwise illegal,” it thereafter contends, demanding that appropriate policies and guidelines for prohibition of FGM be put in place on an urgent basis.

The Petition goes on to draw the attention of the Court to the fact that the practice is illegal in several countries such as the US, Australia, Nigeria, Gambia and UK. While acknowledging that there exists no specific law in India banning FGM, Ms. Tiwari cites various provisions of the Indian Penal Code dealing with grievous hurt and wrongful confinement, to contend that the act may be punishable under the general law as well. Consequently, it also demands a direction to the Director Generals of State Police to take action on FGM cases under the existing laws, till stricter guidelines are framed in this regard.