Breaking: Stay In Civil/Criminal Proceedings Not To Be Granted Beyond Six Months; Further Extension Only By Speaking Order: SC [Read Judgment] 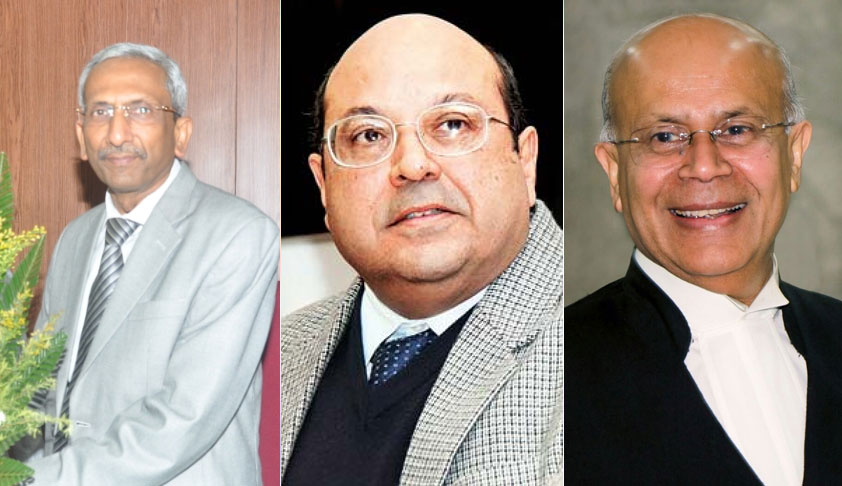 The speaking order must show that the case was of such exceptional nature that continuing the stay was more important than having the trial finalized. The trial Court where order of stay of civil or criminal proceedings is produced may fix a date not beyond six months of the order of stay so that on expiry of period of stay, proceedings can commence unless order of extension of stay is produced, the Bench said.

In a very significant judgment, the Supreme Court has directed that in all pending cases where stay against proceedings of a civil or criminal trial is operating, the same will come to an end on expiry of six months from today unless in an exceptional case by a speaking order such stay is extended.

The Three-Judge Bench headed by Justice Adarsh Kumar Goel also held that where stay is granted in future, the same will end on the expiry of six months from the date of such order unless a similar extension is granted by a speaking order.

The Bench made this observation while answering a reference to it by a two-judge bench in Asian Resurfacing of Road Agency Pvt. Ltd. VS. Central Bureau of Investigation, with regard to the Jurisdiction of the High Court to consider the challenge against an order framing a charge under Prevention of Corruption Act, and also to grant stay in such matters.

In his judgment, Justice AK Goel, also speaking for Justice Navin Sinha, held that the High Court has jurisdiction but further elaborated about how such power is to be exercised and when stay ought to be granted.

The Bench observed: “Even while reiterating the view that there is no bar to jurisdiction of the High Court to consider a challenge against an order of framing charge in exceptional situation for correcting a patent error of lack of jurisdiction, exercise of such jurisdiction has to be limited to rarest of rare cases. Even if a challenge to order framing charge is entertained, decision of such a petition should not be delayed. Though no mandatory time limit can be fixed, normally it should not exceed two-three months. If stay is granted, it should not normally be unconditional or of indefinite duration. Appropriate conditions may be imposed so that the party in whose favour stay is granted is accountable if court finally finds no merit in the matter and the other side suffers loss and injustice. To give effect to the legislative policy and the mandate of Article 21 for speedy justice in criminal cases, if stay is granted, matter should be taken on the day-to-day basis and concluded within two-three months. Where the matter remains pending for longer period, the order of stay will stand vacated on expiry of six months, unless extension is granted by a speaking order showing extraordinary situation where continuing stay was to be preferred to the final disposal of trial by the trial Court. This timeline is being fixed in view of the fact that such trials are expected to be concluded normally in one to two years.”

Elaborating on ‘speaking order’, the bench said: “The speaking order must show that the case was of such exceptional nature that continuing the stay was more important than having the trial finalized. The trial Court where order of stay of civil or criminal proceedings is produced may fix a date not beyond six months of the order of stay so that on expiry of period of stay, proceedings can commence unless order of extension of stay is produced.”

Answering the reference, the Judgment concludes like this: “Order framing charge is not purely an interlocutory order nor a final order. Jurisdiction of the High Court is not barred irrespective of the label of a petition, be it under Sections 397 or 482 Cr.P.C. or Article 227 of the Constitution. However, the said jurisdiction is to be exercised consistent with the legislative policy to ensure expeditious disposal of a trial without the same being in any manner hampered. Thus considered, the challenge to an order of charge should be entertained in a rarest of rare case only to correct a patent error of jurisdiction and not to reappreciate the matter. Even where such challenge is entertained and stay is granted, the matter must be decided on a day-to-day basis so that stay does not operate for an unduly long period. Though no mandatory time limit may be fixed, the decision may not exceed two-three months normally. If it remains pending longer, duration of stay should not exceed six months, unless extension is granted by a specific speaking order, as already indicated”

“Same course may also be adopted by civil and criminal appellate/revisional courts under the jurisdiction of the High Courts. The trial courts may, on expiry of above period, resume the proceedings without waiting for any other intimation unless express order extending stay is produced.”, the Court added.