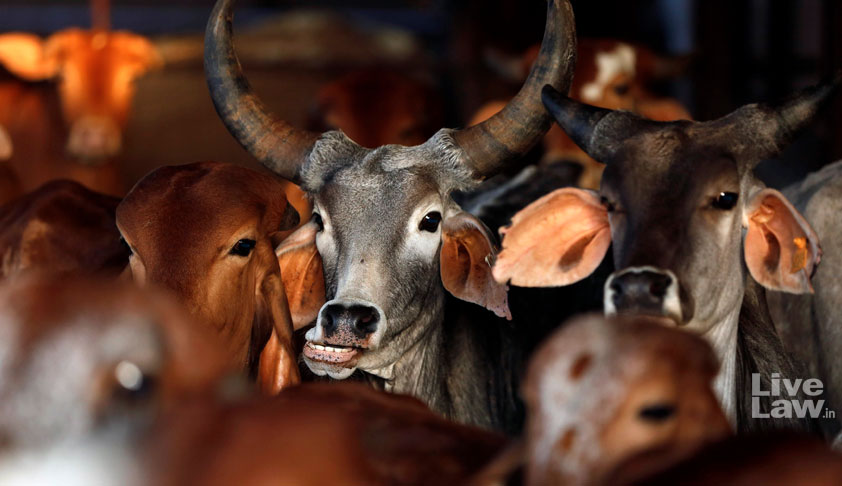 The Supreme Court today disposed off four petitions which challenged the May 25 Central notification, banning sale and purchase of cows and buffaloes at animal markets for slaughter after the union government submitted that it is taking a re-look.The Centre also said it is not seeking a vacation of the stay of the notification by the Madras High Court which meant that the rules anyways cannot...

The Supreme Court today disposed off four petitions which challenged the May 25 Central notification, banning sale and purchase of cows and buffaloes at animal markets for slaughter after the union government submitted that it is taking a re-look.

The Centre also said it is not seeking a vacation of the stay of the notification by the Madras High Court which meant that the rules anyways cannot be implemented. Then the Supreme Court held that the stay is applicable to the entire country.

"It is pointed out by the Centre that the issues under challenge are subject matter of fresh consideration and concerned authorities are seized of it.It is submitted that the rules will be re-notified after appropriate changes.In the above view of the matter we do not find any reason to keep the petitions pending", a bench of Chief Justice J S Khehar and Justice D Y Chandrachud ruled.

Madurai Bench of the High Court of Madras stayed the operation of Prevention of Cruelty to Animals (Regulation of Livestock Market) Rules, 2017 in May.

During the hearing Senior advocate Kapil Sibal appearing for two petitioners said "we only want an assurance...a message should go out that business is not stopped..that rules will not be implemented without a re-look"

CJI Khehar also said in the order: " we are of the view that as and when fresh notification is issued sufficient time shall be granted by government for implementation of the notified amendments so that till the rules are implemented there is sufficient time for parties to assail the same"

ASG Narasimha for the Centre said all stakeholders will be consulted and all representations and prayers in various petitions pending in various courts will be considered while re-notifying the rules.

A vacation bench of the court comprising of Justice R K Agrawal and Justice Sanjay Kishan Kaul issued notice to Centre on plea filed by a Hyderabad-based lawyer Fahim Qureshi, president of the All India Jamiatul Quresh Action Committee.

He termed the Centre's order as "discriminatory" and "unconstitutional" as it prevented cattle traders from earning their livelihood.

The notification has already triggered widespread protests. Besides arguing, that the decision will hit poor farmers and squeeze supplies to the country's Rs 1 lakh-crore meat industry, the petition also accused the government of pushing a beef ban through the back door in keeping with the BJP's Hindutva agenda.

The Prevention of Cruelty to Animals (Regulation of Livestock Markets) Rules, 2017, issued by the Ministry of Environment, Forests and Climate Change, allows only farmland owners to trade at animal markets. The notification covers bulls, bullocks, cows, buffaloes, steers, heifers and calves, as well as the camel trade.

They also require anyone purchasing cattle to provide an undertaking that the animals are bought for agricultural purposes and not slaughter. "Slaughtering of animals for food and sacrifice was part of the cultural identity of certain communities and was protected by law", Qureshi argued. The lawyer also said that the restrictions placed by the new rules contravene the very law – Prevention of Cruelty to Animals Act of 1960 – under which it has been notified. It said, the Act further recognises slaughter for food.

Section 11 of the Act does not categorise slaughter of animals for food as cruelty. It makes a specific exemption for "destruction of any animal as food for mankind unless such destruction or preparation was accompanied by the infliction of unnecessary pain or suffering."