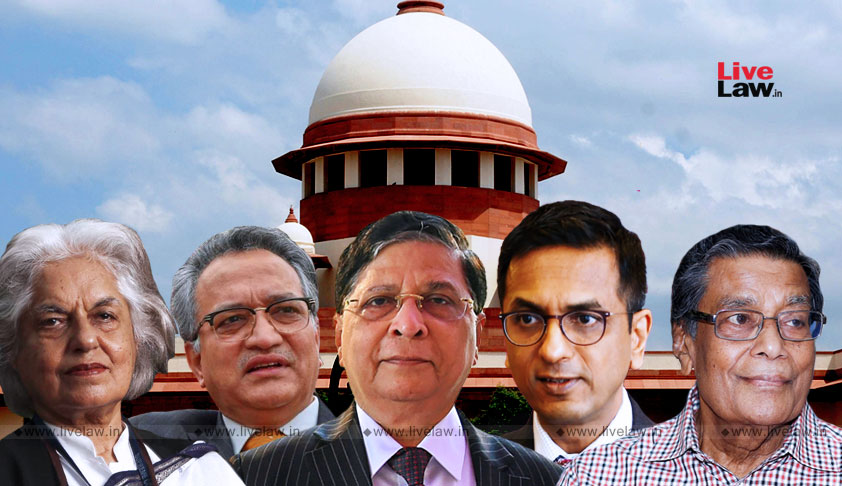 Supreme Court of India has held that the Court proceedings shall be live-streamed in the larger public interest. The Bench has said that appropriate Rules in that regard will be framed soon under Article 145 of the Constitution of India.

"Sunlight is the best disinfectant", the bench said while allowing live streaming of court proceedings.

Live-streaming of court proceedings will effectuate the "public right to know" and bring in more transparency in judicial proceedings, the court said.

On July 9, the idea of live streaming of court proceedings in all matters, except in rape cases and matrimonial disputes, had found favour with the bench as well as Attorney General K. K. Venugopal.

While considering the petition filed by Indira Jaising, Senior Advocate, the Court had earlier observed that live streaming of court proceedings will help litigant instantaneously know what happened to his case and how his lawyer performed his case before the Court. Along with Jaising's petition, the Court also considered a petition by law student Swapnil Tripathi, who challenged the bar imposed on interns entering courtrooms on miscellaneous days. On August 3, CJI Misra had asked petitioner intern Swapnil Tripathi to submit guidelines to the Attorney General K K Venugopal regarding creation of a live streaming room in the apex court premises exclusively for law interns and law students

The Attorney General K. K. Venugopal had suggested that the live telecast of the apex court proceedings be done in only constitutional matters on an experimental basis.

“The government is taking this very seriously. My recommendation is that (the live streaming of hearings) may be initially restricted to only cases involving constitutional issues, which the Chief Justice decides, and no other matters,  to see the reactions and the responses. Then a decision may be taken one way or the other”, the AG had submitted.

Senior Counsel and Petitioner-in-person Indira Jaising, while advocating live-streaming, had highlighted the need to include safeguards to prohibit unauthorised reproduction of broadcasts- “The proceedings will be aired live and hence, it may be open for people to make clippings and create their own copies. Your Lordships must prohibit such production of clips, no matter how big or small, without the authorisation of the court”

She had so urged that there may not be any commercial exploitation of the exercise of broadcasting.