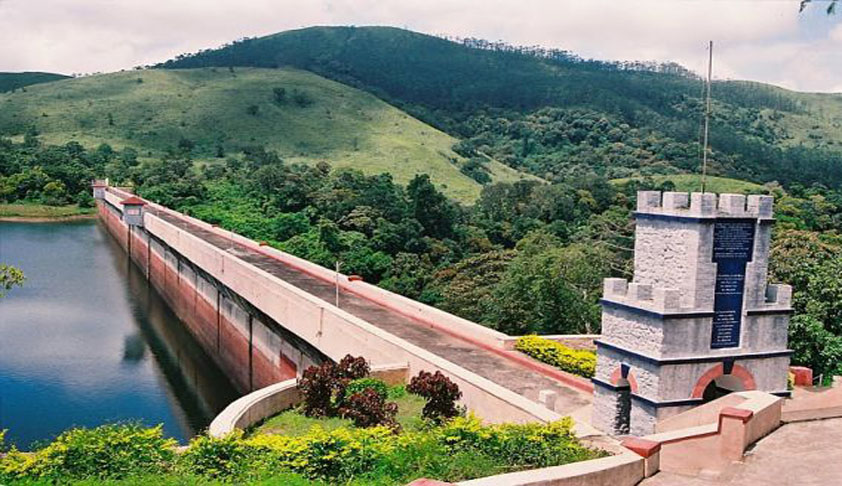 By delivering the judgment, CJI held that the Kerala Irrigation and Water Conservation (Amendment) Act 2006 which was brought in response to the Court cannot sustain under the Indian Constitutional Scheme of things and we should maintain the doctrine of separation powers. The legislature should not be allowed to overreach the Court orders, and on that note the Act was declared unconstitutional. As a solace to Kerala, the Supreme Court has directed formation of a committee which would look into the periodical safety and other aspects. In a way Kerala has lost completely in the protracted legal battle with its neighbour Tamil Nadu. It is also observed that the Dam is safe and the height of water level can be raised.

The important findings of the Bench is as follows;

(i)   The suit filed by the State of Tamil Nadu is maintainable under Article 131 of the Constitution.

(ii)  The suit based on a legal right claimed under the lease deed executed between the Government of the Maharaja of Travancore and the Secretary of State for India in Council on 29.10.1886 is not barred by the proviso to Article 131 of the Constitution.

(iv)   The lease deed executed between the Government of the Maharaja of Travancore and Secretary of State for India in Council on 29.10.1886 is valid and binding on the first defendant and it is enforceable by plaintiff against the first defendant.

(V)   Kerala Irrigation and Water Conservation (Amendment) Act, 2006 is unconstitutional and ultra vires in its application to and effect on the

(VI)   The rights of Tamil Nadu, crystallized in the judgment dated 27.2.2006 passed by this Court in W.P. (C) No.386/2001 cannot be nullified by a legislation made by the Kerala State legislature.

(VII)   The earlier judgment of this Court given on 27.2.2006 operates as res judicata on the issue of the safety of Mullaperiyar dam for raising water level  to 142  ft. and ultimately  to 152 ft. after completion  of further strengthening measures on the Mullaperiyar dam.

(VIII)   The plea raised by Kerala relating to the lease deed dated 29.10.1886 and structural safety of Mullaperiyar dam have been finally decided by the judgment of this Court dated 27.2.2006 and Kerala is estopped from raising or re-agitating these issues in the present suit.

(IX)     Kerala cannot obstruct Tamil Nadu from increasing the water level of Mullaperiyar dam to 142 ft. and from carrying out repair works as per judgment dated 27.2.2006.

The powers and functions of the Supervisory Committee shall be as follows:

(ii)       The Committee shall inspect the dam periodically, more particularly, immediately before the monsoon and during the monsoon and keep close watch on its safety and recommend measures which are necessary.  Such measures shall be carried out by Tamil Nadu.

(iii)      The Committee shall be free to take appropriate steps and issue necessary directions to the two States - Tamil Nadu and Kerala – or any of them if so required for the safety of the Mullaperiyar dam in an emergent situation.  Such directions shall be obeyed by all concerned.

(IV)     The  Committee  shall  permit  Tamil  Nadu  to  carry  out  further precautionary measures that may become  necessary upon its periodic inspection of the dam in accordance with the guidelines of the Central Water Commission and Dam Safety Organisation.

The Mullaperiyar issue is with the Supreme Court for a long period. Initially the matter reached Supreme Court by way of Writ Petition (Mullaperiyar Environmental Protection Forum Vs. Union of India & Ors   which was decided by a three judge Bench comprising of then Chief Justice Y.K. Sabharwal, Justices C.K.Thakker and P.K. Balasubramanyan.  The following issues were considered by the Court then such as:

1. Whether Section 108 of the States Reorganisation Act, 1956 is unconstitutional?

2. Whether the jurisdiction of this Court is barred in view of Article 262 read with Section 11 of the Inter-State Water Disputes Act, 1956?

3. Whether Article 363 of the Constitution bars the jurisdiction of this Court?

4. Whether disputes are liable to be referred to Arbitration?

5. Whether the raising of water level of the reservoir from 136 ft. to 142 ft. would result in jeopardising the safety of the people and also degradation of environment?

The Supreme Court answered in negative all the issues raised above and dismissed the Writ Petition.

The Court in its 2006 judgment held that "we find no substance in the contention that there will be adverse effect on environment. Regarding the issue as to the safety of the dam on water level being raised to 142 ft. from the present level of 136 ft, the various reports have examined the safety angle in depth including the viewpoint of earthquake resistance. The apprehensions have been found to be baseless. In fact, the reports suggest an obstructionist attitude on the part of State of Kerala. The writ petition and the connected matters are disposed of by permitting the water level of the Mullaperiyar dam being raised to 142 ft. and by permitting the further strengthening of the dam as aforesaid " .

After the three judge judgment, which was delivered on 27/02/2006, an interesting legislative action took place. The State of Kerala, apparently  to overcome the Judgment amended its 'Kerala Irrigation and Water (Conservation) Act'   in March 2006 itself and  Mullaperiyar dam was designated as a Scheduled dam, treating it as endangered dam, and the water level was  restricted to 136ft.

Against the legislative response to the Supreme Court judgment by Kerala, the State of Tamil Nadu invoked the original jurisdiction of the Supreme Court under Article 131 of the Constitution  and filed an Original Suit  in the Hon'ble Supreme Court (OS No. 3 of 2006) against the provisions of the amended act in its application to the Mullaperiyar.  Their main contention was that as per Section 108 of State Reorganization Act, 1956 Kerala State Legislature is not competent to legislate and impose restrictions over Mullaperiyar dam and also sought a declaration to declare the Kerala Act unconstitutional. It was contented that the amendment brought by Kerala was in fact to get over the Judgment of Supreme Court which is impermissible in law.

Whether the suit is maintainable under Article 131 of the Constitution of India.

2.  (a) Whether the Kerala Irrigation and Water Conservation (Amendment) Act 2006 is unconstitutional and ultra vires, in its application to and effect on the Mullai Periyar Dam?

(b)  Whether plaintiff is entitled to a permanent injunction restraining the first defendant from applying and enforcing the Kerala Irrigation and Water Conservation (Amendment) Act, 2006 with reference to Mullai Periyar Dam?

3. Whether the rights of the plaintiff, crystalised in the Judgment dated 27.02.2006 passed by this Court in WP(C) NO.386/2001 can be nullified by a legislation made by the Kerala   State Legislature?

(b)    Whether the pleas relating to validity and binding nature of the deed dated 29.10.1886, the nature of Periyar River, structural safely of Mullai Periyar Dam etc. raised by the first defendant in its defence, are finally decided by the judgment of this Court dated 27.2.2006 in WP(C) No.386/2001, and consequently first defendant is barred from raising or re-agitating those issues and pleas in this suit, by the principle of res judicata and constructive res judicata?

5. Whether the suit based on a legal right claimed under the lease deed executed between the Government of the Maharaja of Travancore and the Secretary of State for India on    29.10.1886, is barred by the proviso to Article 131 of the Constitution of India?

7. Whether the lease deed executed between the Governments of the Maharaja of Travancore and Secretary of State for India on 29.10.1886 is valid, binding on first defendant and enforceable by plaintiff against the first defendant.

8. Whether the first defendant is estopped from contending that Periyar River is not an inter- State river.

9. Whether the offer of the first defendant, to construct a new dam across River Periyar in the downstream region of Mullai Periyar Dam would meet the ends of justice and requirements of plaintiff.

10. Whether the first defendant can obstruct the plaintiff from increasing the water level of Mullai Periyar Dam to 142 ft. and from carrying out repair works as per the judgment dated 27.2.2006 of this Court in WP(C) No.386/2001.

11. To what relief is the plaintiff entitled to?

During the course of hearing of the Suit, hearing the powerful and persuasive submissions of Harish Salve, felt that the issue requires consideration of Constitution Bench (CB), and passed the following order:

" we are of the view that for deciding some of the issues framed in the suit, it would be necessary to decide certain substantial questions of law       involving   interpretation of the Constitution, in particular :

(ii) Article 131 read with Article 32 of the Constitution;

(iv) The effect of decision of this Court in Mullaperiyar Environmental Protection  Forum vs. Union of India & Ors., (2006) 3  SCC 643 in the context of aforereferred constitutional provisions..

As   the   case   involves    the   resolution    of   said questions, the suit may be placed before the Hon'ble  Chief Justice of India for necessary directions for   placing it before a Constitution Bench "

The CB, faced with factual questions came during the hearing, thought it fit to constitute an empowered committee as accordingly a five member committee was formed headed by former CJI justice A.S Anand and Justices K.T Thomas and A.R Lakshman as members . The Empowered Committee filed its Report to the Court  stating that as per the the tests, investigations and studies conducted by them, the Old Mullaperiyar Dam is hydrologically, seismically and structurally safe for holding water up to 142 ft.  The report of empowered committee strengthened the case of Tamil Nadu before the Supreme Court.