Breaking; Two Judge Bench (SC) Lets off Rapist with the 'sentence already undergone' citing a Judgment which was held as 'no longer a precedent' by Three Judge Bench [Read Jt] 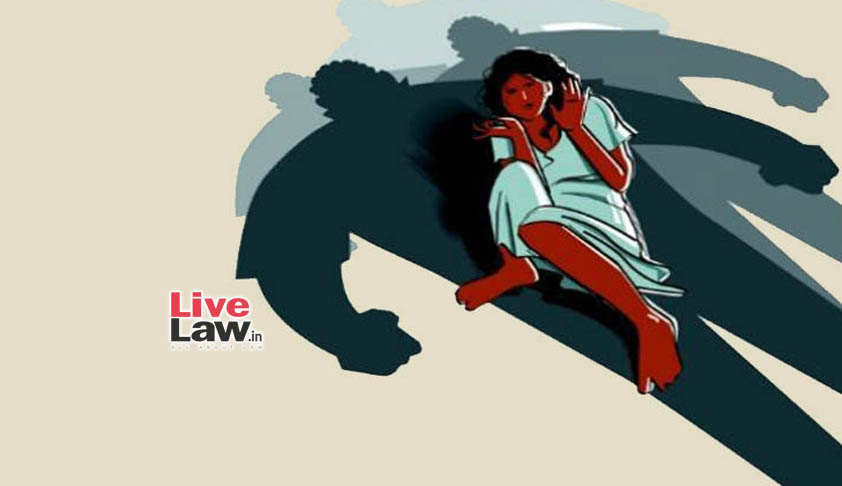 A two Judge Bench of the Supreme Court in Ravindra Vs State of MP, while upholding the conviction of an accused in a Rape Case, sentenced him to the 'sentence already undergone' by reducing the mandatory minimum sentence for Rape. The Bench comprising of Justices M.Y.Eqbal and Pinaki Chandra Ghosh held that a rape convict can be awarded lesser punishment if courts find "adequate and...

A two Judge Bench of the Supreme Court in Ravindra Vs State of MP, while upholding the conviction of an accused in a Rape Case, sentenced him to the 'sentence already undergone' by reducing the mandatory minimum sentence for Rape. The Bench comprising of Justices M.Y.Eqbal and Pinaki Chandra Ghosh held that a rape convict can be awarded lesser punishment if courts find "adequate and special" reasons for doing so. For invoking the proviso to S.376 IPC which states "provided that the court may, for adequate and special reasons to be mentioned in the judgment, impose a sentence of imprisonment of either description for a term of less than ten years." , the Bench relied on Justice Katju's infamous Judgment in Baldev Singh vs. State of Punjab which was held " not a precedent" by a three Judge Bench in Shimbhu and another v. State of Haryana

"Now, we shall examine whether this case falls under proviso to Section 376 IPC, to award a lesser sentence for "adequate and special reason". In the present case, the incident took place 20 years ago and now with passage of time both victim and accused are married (not to each other) and they have entered into a compromise. Thus, an adequate and special reason for awarding a lesser sentence exists in terms of proviso to Section 376".

In Baldev Singh also similar set of circumstances were considered as 'adequate and special reasons'.

(a) The parties had themselves filed a joint application before us that they had compromised the matter, and the victim would be satisfied if instead of making the accused undergo further imprisonment some compensation was awarded to her.

(b) The incident was of the year 1997 i.e. about 15 years old, and both the accused and the victim had got married (not to each other). The victim was poor and had 2 children, and by getting some money she could better look after her children.

(c) It was not that the accused had not suffered any imprisonment. They had already undergone 3 and a half years imprisonment. Making them undergo further imprisonment would not help the victim, whereas by giving her some money we could help her feed her children

But a Three Judge Bench of the Supreme Court in Shimbhu and another v. State of Haryana after considering Baldev Singh, it is held as follows;

"In Baldev Singh and Others vs. State of Punjab (2011) 13 SCC 705, though courts below awarded a sentence of ten years, taking note of the facts that the occurrence was 14years old, the appellants therein had undergone about 3 1/2 years of imprisonment, the prosecutrix and the appellants married (not to each other) and entered into a compromise, this Court, while considering peculiar circumstances, reduced the sentence to the period already undergone, but enhanced the fine from Rs. 1,000/- to Rs. 50,000/-. In the light of series of decisions, taking contrary view, we hold that the said decision in Baldev Singh (supra) cannot be cited as a precedent and it should be confined to that case".

The Bench also observed that "Thus, the law on the issue can be summarized to the effect that punishment should always be proportionate/commensurate to the gravity of offence. Religion, race, caste, economic or social status of the accused or victim or the long pendency of the criminal trial or offer of the rapist to marry the victim or the victim is married and settled in life cannot be construed as special factors for reducing the sentence prescribed by the statute. The power under the proviso should not be used indiscriminately in a routine, casual and cavalier manner for the reason that an exception clause requires strict interpretation.

Further, a compromise entered into between the parties cannot be construed as a leading factor based on which lesser punishment can be awarded. Rape is a non-compoundable offence and it is an offence against the society and is not a matter to be left for the parties to compromise and settle. Since the Court cannot always be assured that the consent given by the victim in compromising the case is a genuine consent, there is every chance that she might have been pressurized by the convicts or the trauma under gone by her all the years might have compelled her to opt for a compromise. In fact, accepting this proposition will put an additional burden on the victim. The accused may use all his influence to pressurize her for a compromise. So, in the interest of justice and to avoid unnecessary pressure/harassment to the victim, it would not be safe in considering the compromise arrived at between the parties in rape cases to be a ground for the Court to exercise the discretionary power under the proviso of Section 376(2) of IPC.

It is imperative to mention that the legislature through the Criminal Law (Amendment) Act, 2013 has deleted this proviso in the wake of increasing crimes against women. Though, the said amendment will not come in the way of exercising discretion in this case, on perusal of the above legislative provision and catena of cases on the issue, we feel that the present case fails to fall within the ambit of exceptional case where the Court shall use its extraordinary discretion to reduce the period of sentence than the minimum prescribed."

So the present Judgment is clearly in violation of the directions issued by the Three Judge Bench. The number of per-incurium Judgments is increasing day by day. According to Prof. Dr. A. Lakshminath 'there have been number of cases where no reference have been made to the previous precedent of the Court directly on the point, sometime more by design than accident, the real reason being the un-palatability of precedent rather than ignorance of its existence' [See Judicial Process- Precedent in Indian Law PAGE-9-Prof. Dr. A. Lakshminath, Third Edition(2009), Eastern Book Company]