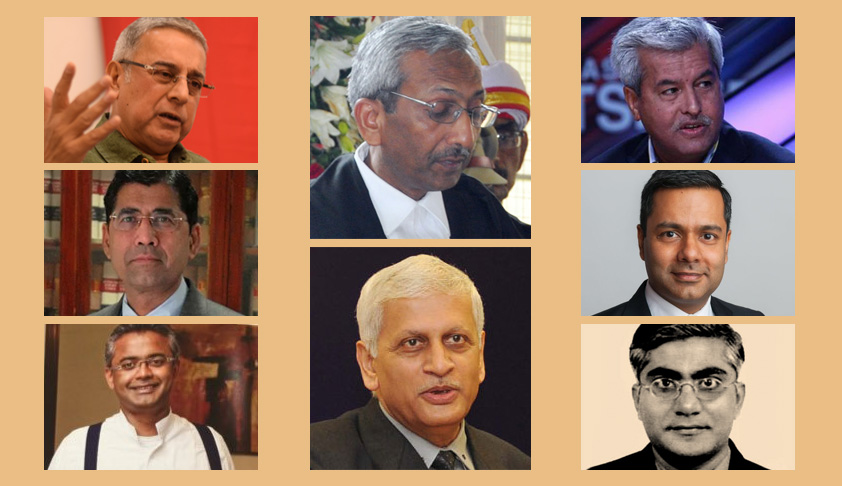 Supreme Court of India on Tuesday held that foreign law firms cannot set up offices in India or practice in Indian Courts. But they can give advice to Indian clients on 'fly in and fly out' mode in temporary basis. The Bench also directed the Centre and BCI to frame rules.The Supreme Court bench of Justice Adarsh Kumar Goel and Justice UU Lalit was delivering the Judgment in the foreign law...

Supreme Court of India on Tuesday held that foreign law firms cannot set up offices in India or practice in Indian Courts. But they can give advice to Indian clients on 'fly in and fly out' mode in temporary basis. The Bench also directed the Centre and BCI to frame rules.

The Supreme Court bench of Justice Adarsh Kumar Goel and Justice UU Lalit was delivering the Judgment in the foreign law firms case.

Summary Of the Judgment

We also modify the direction of the Madras High Court in Para 63(iv) that the B.P.O. Companies providing wide range of customized and integrated services and functions to its customers like word processing, secretarial support, transcription services, proof reading services, travel desk support services, etc. do not come within the purview of the Advocates Act, 1961 or the Bar Council of India Rules. We hold that mere label of such services cannot be treated as conclusive. If in pith and substance the services amount to practice of law, the provisions of the Advocates Act will apply and foreign law firms or foreign lawyers will not be allowed to do so".

The Supreme Court has upheld the the Madras High Court judgment dated February 21, 2012, in AK Balaji v Bar Council of India (BCI) & Ors with certain modifications, in which the High Court held that

(i) that foreign lawyers may visit India for a temporary period on a fly in and fly out basis, for the purpose of giving legal advice to their clients in India regarding foreign law, and

Appearing for the BCI, senior counsel CU Singh had cited Section 33 of the Advocates Act of 1961, allowing persons such as chartered accountants, income tax practitioners etc, not enrolled as ‘advocates’, to practice, if an express provision to that effect is made in any existing law, as an exception to its Section 29.

Referring to Section 32 of the Act of 1961, which empowers any court or other authority to permit any person not enrolled as an ‘advocate’ to appear before it in any particular case, it was advanced, “In view of the contents of sections 29 and 32, there is no provision for even permission being granted otherwise than for the purpose of appearance”.

The 2009 judgment of the Bombay High Court in Lawyers Collective v BCI & Ors was also relied on.

Senior Counsel Rajiv Dutta, also representing the BCI, had cited the American case of NY Lawyers Country Assn , wherein even giving advice solely on obtaining divorce in Mexico in accordance with the Mexican law by a Mexican lawyer in New York was deemed to be unauthorised practice of law.

Supporting the Madras High Court judgment in so far as it permitted ‘fly in and fly out’ basis, senior counsel Sajan Poovayya, representing some respondent law firms, had advanced, “foreign lawyers coming to India to advice on foreign law are not barred”.

Further, he had given illustrations to elaborate his argument: “One, a New York lawyer, enrolled in the New York bar, comes to Bombay House to advice Tata on the purchase of Jaguar; two, American lawyers come to India to advice Infosys/HDFC on issuance of American Depositary Receipts (ADR); and third, foreign lawyers arrive in India to advice on Alternative Investment Market (AIM) listing to domestic enterprises.”

“Now let us see the reciprocal situations”, he had continued, “Say, Indian lawyers go to the US to advice on the Indian regulatory regime to aid the launch of YouTube TV or Apple TV in India. And Indian criminal lawyers visit other countries to advice extradition proceedings. Their situs of practice still remains India.”

In his turn, senior counsel Arvind Datar, appearing for six UK-based law firms, had prayed before the bench to uphold the ‘fly in and fly out’ regime. In respect of arbitration, he had quoted the stance of the Government of India before the Madras High Court: “...the Government of India, in their counter affidavit dated August 19, 2010, have stated that the contention raised by the petitioner that foreign law firms should not be allowed to take part in negotiating settlements, settling up documents and arbitrations will be counter-productive...”

Nakul Dewan, appearing for the Global Indian Lawyers’ Association, had advanced, “Our first submission is that the Act of 1961 does not apply to law firms, but only to individual lawyers. Second, the Advocates’ Act does not restrict an Indian qualified lawyer from becoming dual-qualified. Third, the provision of reciprocity under sections 24 and 47 of the Advocates’ Act is based on citizenship alone. And fourth, in context of sections 29, 30 and 33 of the Act of 1961, ‘to practice the profession of law’ is intended to mean only Indian law.”

Senior counsel Dushyant Dave, representing the London Court of International Arbitration, had submitted that the organisation has been known as ‘Court’ since 1922 and the term is not to be understood colloquially.

“There is a complete absence of credible arbitration institutions in India. We have 99 percent ad hoc arbitrations. The LCIA India was set up to ameliorate the situation but it did not turn out to be economically viable, so it was closed down. So the present SLP has become infructuous and may be disposed off. But please reject that prayer therein that no foreign lawyer can engage in practice including arbitration”, he had advanced.

Rooting for opening up the Indian legal market to the foreign contemporaries, the Centre, represented by Additional Solicitor General (ASG) Maninder Singh, had called upon the BCI to exercise its power under section 49(1)(e) of the Act of 1961 and frame the rules governing the practice of law in India by foreign lawyers and law firms, failing which the Central government would undertake to lay down the same under section 49A of the Act. “The rules are needed. We want foreign lawyers to come so as to not deny the Indian advocates of the same privilege in other countries. If the BCI does not frame the rules, the Central government would take it upon itself to stipulate the rules”, the ASG had submitted.

The bench had reserved the judgment on February 1.