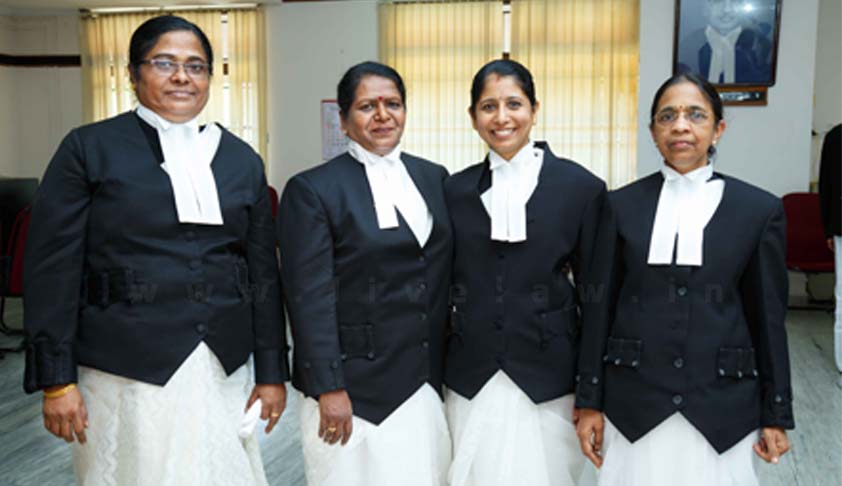 A Parliamentary Panel has recommended that a quota be introduced for women in Law Universities and subordinate judiciary, noting that the overall representation of women in the judiciary is a "cause of concern" in the country.

In its 96th report on Demands for Grants (2018-19), the Standing Committee on Personnel, Public Grievances and Law and Justice headed by Mr. Bhupender Yadav has further reiterated that the strength of women Judges in the country should be increased to 50 percent of the total strength.

The report makes reference to the report titled "Tilting the Scale: Gender Imbalance in Lower Judiciary" released by the Vidhi Centre for Legal Policy, which had pointed out that out of the total 15,959 Judges in the lower judiciary across India, 11,397 are male Judges and only 4,409 are female Judges.

The Parliamentary Panel's report then points out that the situation is even worse in the Higher Judiciary, with representation of women languishing at a meager 10 percent. It further notes that since independence, only 6 women Judges have been appointed to the Supreme Court of India and that even currently the Apex Court has only one woman Judge.

The Committee then highlights that several States like Bihar, Andhra Pradesh, Odisha, Telangana, Assam, Rajasthan and Tamil Nadu have introduced reservation for women in the subordinate judiciary. It therefore recommends,

"The Committee, accordingly, desires that the Bench of Higher Judiciary be reflective of composition of the society and its diversity and recommends that suitable measures be taken to include more and more women Judges in both Higher and Subordinate Judiciary...

...The Committee reiterates the recommendation in its Eighty-fourth Report on the Demands for Grants (2016-17) that the strength of women Judges should be around 50 percent of the total strength of judges."

The Panel also suggests that National Law Universities should introduce quota of supernumerary, as is done by the Indian Institutes of Technology. This quota calls for an increase in the number of seats if the number of girl students falls below a fixed percentage, thereby creating special "supernumerary seats" for female candidates, without reducing the seats for male students.