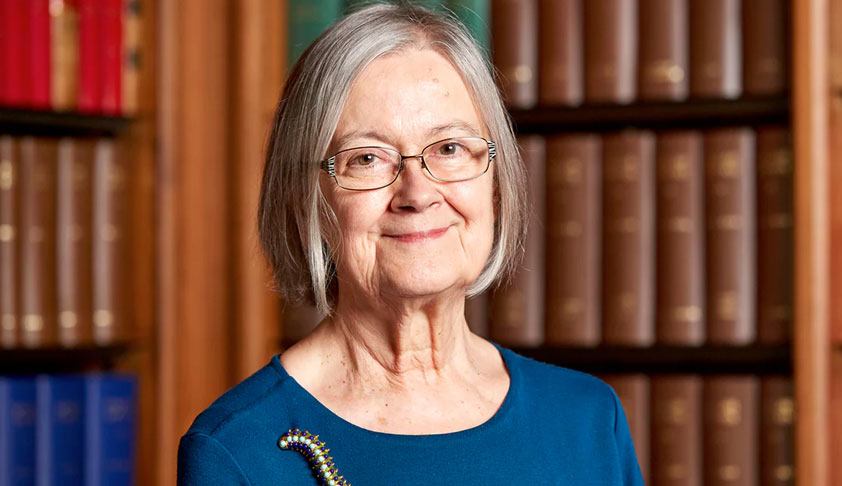 Brenda Hale will reportedly become the first woman to be appointed as the President of the Supreme Court of the United Kingdom. As Deputy President, Lady Hale is already Britain’s most senior female Judge.

One of three daughters, both her parents were headteachers, and she was educated at the Richmond High School for Girls before studying at Girton College, Cambridge. She was called to the Bar after acing the 1969’s Bar finals.

According to reports, Lady Hale was also the first woman and the youngest person ever to be appointed to the Law Commission – Britain’s law reform body. In 2006, she became the first woman to adorn the Supreme Court and the first family lawyer to fill the post.

She has been an advocate of diversity in legal circles, often voicing her opinions on the culture of “unconscious sexism”.

“Sometimes, it can be a bit lonely… Sometimes you think, wouldn’t it be good to have some other women to natter with? It rather depends upon the group of men you’re with and how much you have in common. If they’re all speaking about sport it gets a bit wearing,” she was quoted as saying.

She is expected to be confirmed in the role in an announcement by Downing Street on Friday, according to the Times. Three other Supreme Court posts are set to be announced at the same time, one of them a woman, taking the female tally among the 12 Supreme Court Justices to two. The list is thought to include Lords Justice Lloyd Jones and Briggs, and Lady Justice Black.