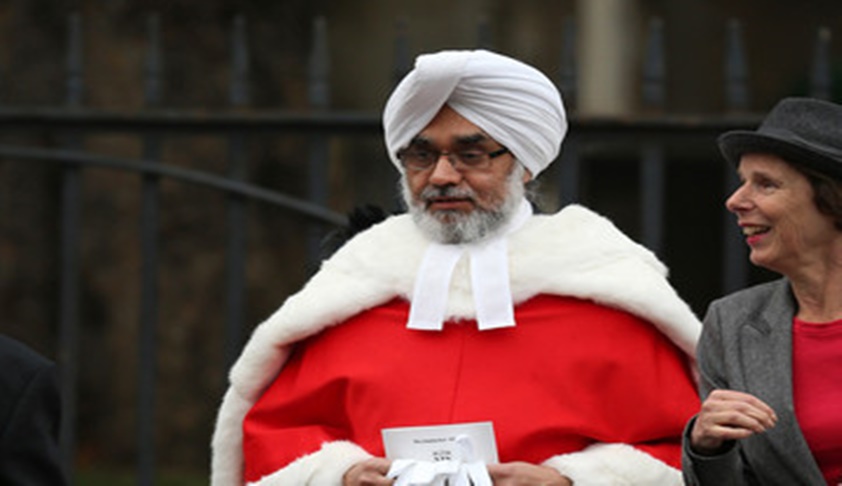 53 year old Mr. Justice Singh was born in 1964 in Delhi to a Sikh family who came to the UK and settled in a working class area of Bristol. He was awarded a local authority scholarship to Bristol Grammar School, deciding early on that he wanted to be a barrister.

He then went on to study at Trinity College, Cambridge University, and subsequently at the University of California at Berkeley, graduating with a Masters in Law in 1986.

As he could not afford to study for the Bar, he lectured at Nottingham University before winning a scholarship from the Inns of Court. He was called to the Bar in 1989 and became a Queen’s Council (QC) in 2002.

The promotions come alongside the confirmation of Baroness Hale of Richmond in the UK’s highest judicial post, President of the Supreme Court. She is the first woman to hold the post.