#Budget2016; No penalty in respect of Income-tax cases with disputed tax up to Rs.10 lakh 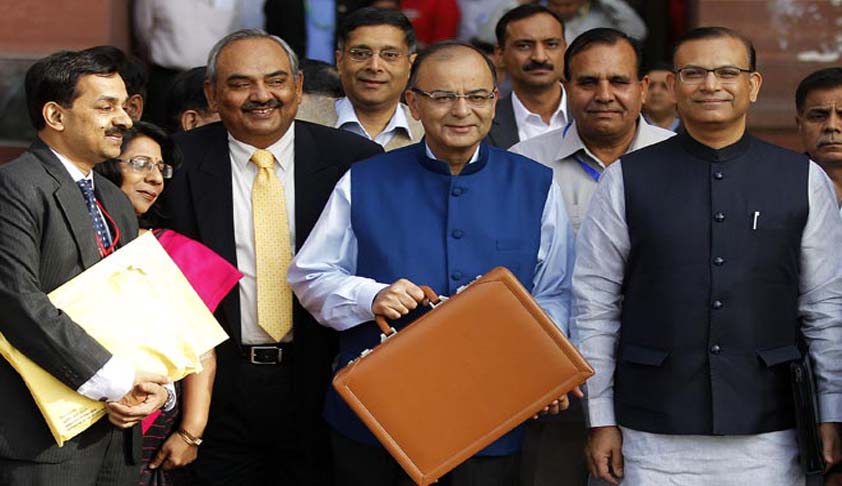 While presenting the General Budget 2016-17 in Lok Sabha today, the Union Finance Minister Shri Arun Jaitley said that litigation is a scourge for tax friendly regime and creates an environment of distrust. Litigation also leads to increasing the compliance cost of the tax payers and administrative cost for the Government. There are 3 lakh tax cases pending with the 1st Appellate Authority with disputed amount being 5.5 lakh crores. In order to reduce this number new dispute Resolution Scheme (DRS) is launched. Following are highlights of dispute resolution scheme:

• A taxpayer who has an appeal pending as of today before the Commissioner (Appeals) can settle his case by paying the disputed tax and interest up to the date of assessment.

• No penalty in respect of Income-tax cases with disputed tax up to Rs. 10 lakh will be levied.

• Cases with disputed tax exceeding Rs. 10 lakhs will be subjected to only 25% of the minimum of the imposable penalty for both direct and indirect taxes.

• Any pending appeal against a penalty order can also be settled by paying 25% of the minimum of the imposable penalty.

• Certain categories of persons including those who are charged with criminal offences under specific Acts are proposed to be barred from availing this scheme.

With special reference to Government’s assurance of not to create retrospectively of fresh tax liability, Union Finance Minister Shri Arun Jaitley reiterated this commitment to provide a stable and predictable taxation regime. He proposed one-time scheme of Dispute Resolution for past cases ongoing under retrospective amendment. One can settle the case by paying only the tax arrears in which case liability of the interest and penalty shall be waived. This is subject to agreeing to withdraw any pending case lying in any Court or Tribunal or any proceeding for arbitration, mediation etc. under BIPA.

Identifying that levy of heavy penalty as a cause of large number of disputes, Shri Jaitley proposed to modify the scheme of penalty by providing different categories of misdemeanor with graded penalty and thereby substantially reducing the discretionary power of the tax officers. The penalty rates will now be 50% of tax in case of underreporting of income and 200% of the tax where there is misreporting of facts. Remission of penalty is also proposed where taxes are paid and appeal is not filed.

Quantification of disallowance of expenditure relatable to exempt income in terms of Section 14A of the Income Tax Act is another issue led to number of disputes. Hence, it has been proposed to rationalize formula in Rule 8D governing such quantification.

Certain Tax Reliefs announced for small tax payers and others.

While presenting the General Budget 2016-17 in Lok Sabha here today, the Union Finance Minister Shri Arun Jaitley said that the taxation is a major tool available to Government for removing poverty and inequality and this has to be cautiously exercised. But, he would like to give relief to small tax payers, the Finance Minister added.

Thus the ceiling of tax rebate under Section 87A of IT Act has been proposed to be raised to Rs. 5,000 from Rs. 2,000 for individuals with income less than Rs. 5 lakhs. He said that above 2 crore tax payers would get a relief of Rs. 3,000. The limit of deduction of house rent paid under section 80GG has also been raised to Rs. 60,000 from the existing Rs. 24,000 per annum to give relief to employees who live in rented houses.

Under the presumptive taxation scheme under Section 44AD of the Income tax Act, the limit of turnover or gross receipts has been raised to two crore rupees from the exiting one crore rupees to benefit about 33 lakh small business people. It frees a large number of such assesses in the MSME category from the burden of maintaining detailed books of account and getting audit done.