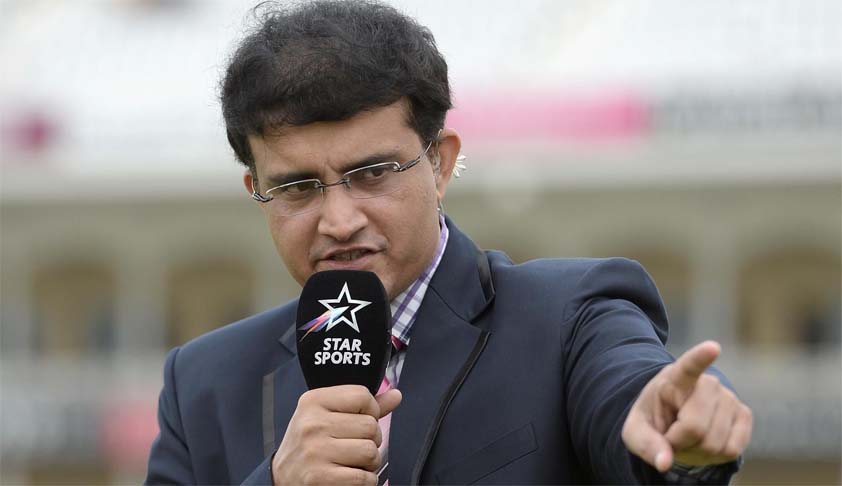 The petitioner was not providing any service as an independent individual worker. His status was that of an employee rather than an independent worker or contractor or consultant, the Court said.

Justice Arijit Banerjee said that that mere failure to disclose a transaction or activity and pay tax thereon or a mere misstatement is not sufficient for invocation of the extended period of limitation, which has been done in this case. The Court also held that the remuneration received by the former Skipper for writing articles and anchoring TV shows would not attract service tax.

The court also observed that “brand endorsement” was not a taxable service during the period of time for which the tax demand was raised, and hence such demand cannot be sustained. The Court also said that Ganguly while he played for Indian Premier League (IPL) was not rendering any service which could be classified as business support service.

An amount of Rs. 1, 51, 66,500, was demanded from the former Indian cricketer as Service Tax on the amount received by the petitioner during the period 2006-2010. The department had invoked the extended period of limitation of five years on the ground of 'suppression of facts with the intent to evade payment of service tax’.

The Court said on this aspect: “Suppression of fact in the context of this case can only mean non-disclosure of correct information deliberately to evade payment of service tax. There must be an element of fraud and dishonest motive before a non-disclosure simplicitor can be called 'suppression of facts'. In the present case, the petitioner suppressed nothing and maintained all throughout that he did not render any business auxiliary service or business support service and as such was not liable to pay service tax under those heads. Even if, such perception of the petitioner was found to be erroneous subsequently, still the same, would not, in my opinion, amount to suppression of facts. Unless a party deliberately conceals material facts with a dishonest motive of evading some liability or making unlawful gain he cannot be said to be guilty of suppression of facts.”

The court added: “mere failure to disclose a transaction or activity and pay tax thereon or a mere misstatement or mere contravention of the Central Excise Act or the Finance Act, 1994 as amended, or of any Rules framed thereunder, is not sufficient for invocation of the extended period of limitation. There has to be a positive, conscious and deliberate action on the part of the assessee intended to evade tax, for example, a deliberate misstatement or suppression pursuant to a query, in order to evade tax. A clear fraudulent motive or an element of mensrea on the part of the assessee has to be established before the Department can take recourse to the extended period of limitation.”

SERVICE TAX NOT ATTRACTED FOR WRITING ARTICLES FOR NEWSPAPERS, AND ANCHORING ON TV SHOWS

The department had demanded service Tax for Writing Articles in Magazines, Anchoring TV Shows, Brand Endorsement and for Playing Cricket in IPL.

Observing that the remuneration received by the former skipper for writing articles would not attract service tax, the Court said “Writing articles for newspapers or sports magazines or for any other form of media cannot by any stretch of imagination be said to be amounting to rendering business auxiliary service within the meaning of Sec. 65(19) or business support service under Sec. 65(104c) of the Finance Act, 1994. Writing article for publication in a media is for the benefit of the readers who have interest in the concerned topic. The petitioner wrote articles for media, primarily for the sports lovers. It would be preposterous to suggest that in writing such articles the object of the petitioner was to advance any business or commercial venture. The articles were meant for information and even entertainment of the general public interested in sports. An article written by a celebrity in an issue of a magazine may to some extent boost the sale of that issue but I do not think it can be said that the object of the author in writing the article or permitting publication thereof was to promote circulation of the concerned magazine. That might be an incidental effect but the same cannot foist service tax liability on the author of the article.”

The court also held that remuneration received by the Saurav Ganguly for anchoring TV shows cannot be brought within the service tax net, and said: “Television shows are meant for entertainment of the viewers. In contemporary world watching television is a primary form of recreation. It would be absurd to say that anchoring TV shows amounts to rendering business auxiliary service or business support service. By anchoring a TV show, a celebrity or for that matter any other person does not render service with the object of enhancing any business or commercial interest. No reasonable authority with proper application of mind could classify anchoring of TV show as business auxiliary service or business support service.”

The court also observed that brand endorsement was not a taxable service during the period of time for which the tax demand has been raised, and hence such demand cannot be sustained. Such service rendered by the petitioner could not be taxed under the head of business auxiliary service as has been sought to be done, the court added.

PLAYING FOR IPL IS NOT A BUSINESS SUPPORT SERVICE