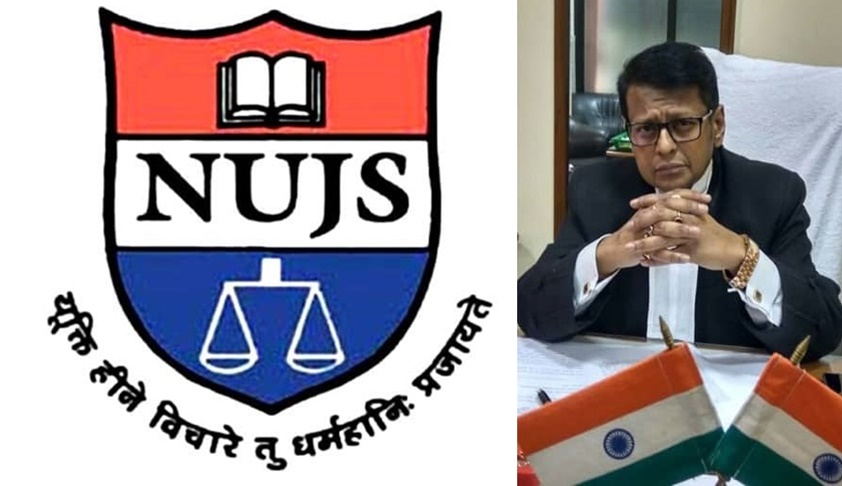 The Calcutta High Court has stayed the notice cancelling online courses offered by the West Bengal National University of Juridical Sciences in collaboration with private parties, for students who had enrolled themselves before June 27, 2018.Justice Protik Prakash Banerjee clarified that the stay will continue for a period of two months after reopening of the court or till further...

The Calcutta High Court has stayed the notice cancelling online courses offered by the West Bengal National University of Juridical Sciences in collaboration with private parties, for students who had enrolled themselves before June 27, 2018.

Justice Protik Prakash Banerjee clarified that the stay will continue for a period of two months after reopening of the court or till further orders.

The court was hearing a petition filed by three students of an online course offered by NUJS. They had paid for the course only to be informed later that the courses had been “suspended till further orders”.

A circular dated June 27, signed by assistant registrar Tapash Bhattacharya said that “all future activities pertaining to Distance Education and Online courses should be put on status quo, except those which are purely University initiatives”. It added that “any person enrolling for these courses would be doing it at their own risk and the University shall not be held responsible for such matters”.

The court opined that this memo meant that while further enrolment has been stopped, all students enrolled for such distance education before June 27 shall be entitled to complete the course and receive certification, since status quo has been ordered and nothing has been said about refunding the fees paid by the students.

However, another notice was issued last month, stating that all online courses run by NUJS in association with private parties have been stopped by the Executive Council.

Scorning at the chain of events, Justice Banerjee then opined that the course of action adopted by the University affecting the rights of students without prior notice to them or returning their fee is “arbitrary and does not become a premier institution such as the National University of Juridical Sciences”.

The court further raised questions on the involvement of a private party which had tied up with NUJS for offering online courses, observing, “I do not know how the respondent no.2 could have been involved in the matter with the respondent no.1 since the latter is not a university and cannot on its face offer any On-line certification without having a tie-up with any university which has been granted permission by the University Grants Commission to offer Distance Education. Why the respondent no.1 decided to tie-up with such a private party is also not disclosed.”

It then asserted that online courses for which the students had enrolled prior to June 27, 2018 should have been completed by the respondents. It, therefore, observed that the first circular should be prospective, and therefore the operation of the second notice must remain stayed for those who enrolled themselves and paid the fees prior to June 27.

The matter was directed to be placed before the Regular Bench within one week of reopening of the court after long vacations.

It may be noted here that online course developer iPleaders, which was the technical provider for the greatest number of distance courses being offered by NUJS at the time of the notice, had recently issued a public statement claiming that NUJS’ move was illegal and arbitrary.

The statement, issued by iPleaders co-founder and NUJS graduate Ramanuj Mukherjee, alleges that NUJS has not paid iPleaders its dues for several months now since the change in its administration, with interim Vice Chancellor (VC) former Justice Amit Talukdar taking over from former VC Ishwara Bhat in April. Asserting that NUJS has dishonoured the terms of its memorandum of understanding (MoU) with iPleaders, the statement says that the latter is now forced to invoke the MoU’s arbitration clause as well as to approach the courts for justice.

Mukherjee had, in fact, urged affected students of the suspended courses to approach the court against NUJS, stating, “NUJS has certain responsibilities in connection with the courses under our contract, and we will pray to the Courts that NUJS continues to do so for students who are already studying the courses. However, students approaching a court directly with respect to education promised by a University will stand a superior chance than a private party enforcing a contract.”