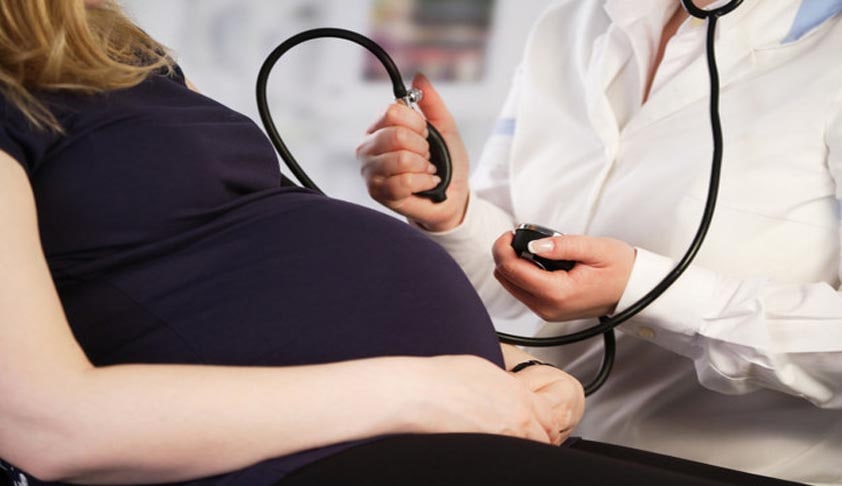 Supreme Court Judge Ernest Goldsmith on Thursday refused to direct a Catholic hospital to permit an obstetrician to use its facility to sterilize a woman just after the birth of her third child.Denying the interim relief, Judge Goldsmith observed, "Religious-based hospitals have an enshrined place in American history and its communities, and the religious beliefs reflected in their operation...

Supreme Court Judge Ernest Goldsmith on Thursday refused to direct a Catholic hospital to permit an obstetrician to use its facility to sterilize a woman just after the birth of her third child.

Denying the interim relief, Judge Goldsmith observed, "Religious-based hospitals have an enshrined place in American history and its communities, and the religious beliefs reflected in their operation are not to be interfered with by courts at this moment in history."

"I'd have blinders on if I ignored the essence of this lawsuit… It's about church and state. It's about exercise of religion and to what extent it can be regulated by a court," he added.

The Plaintiff, Rebecca Chamorro had requested that the procedure be performed immediately post a caesarean section scheduled for late January. Ms. Chamorro was recommended to undergo the surgery by her doctor, and the timing has been termed as ideal by the American College of Obstetricians and Gynecologists.

Ms. Chamorro had hence demanded a direction for tubal ligation within time for her delivery. American Civil Liberties Union had then filed a law suit last month, challenging the use of religious directives to deny tubal ligations, on behalf of Ms. Charmorro and Physicians for Reproductive Health, against the hospital and its parent, Dignity Health of San Francisco, California's largest hospital provider. The suit had alleged sex discrimination, claiming that the bar disproportionately impacted women. ACLU had also asserted that the hospital arbitrarily allowed the procedure to be performed on some women, while denying it to others.

"In preventing physicians from performing immediate postpartum tubal ligation, thus requiring physicians to provide substandard care, and in making determinations as to which patients will be permitted to undergo a postpartum tubal ligation Dignity Health violates the statutory bar on the corporate practice of medicine," the plaintiff had claimed.

On the other hand, Dignity Health, which claims to be the fifth largest health system in the United States, owning 38 hospitals in California, had contended that they cannot go against the Bishop's Directives. It had also said that tubal ligation was not medically necessary and would violate the hospital's right to freedom of religion.

"Whether postpartum sterilization is the 'standard of care' is irrelevant because Congress, the California Legislature, and the courts have all uniformly recognized that religious hospitals and physicians may not be forced to provide procedures contrary to their religious principals", it had averred.

Barry Landsberg, an attorney representing Dignity Health, told the Judge on Thursday, "There's no law ... that would support this kind of intrusion on a Catholic hospitals observance of ethical and religious directives."

Denying the interim relief, Judge Goldsmith observed that Ms. Charmorro was unlikely to succeed on the merits, as the sterilization policy applied to men and women alike. He observed, "Defendant correctly notes that the cited statutes regarding the corporate practice of medicine and contraception do not expressly provide for a private right of action. In addition, defendant shows that it did not violate Health & Safety Code sec. 1258 because it does not permit "sterilization operations for contraceptive purposes"."

In addition, Judge Goldsmith also found insufficient evidence that the hospital allowed other tubal ligations solely for contraceptive purposes as opposed to curing or alleviating a present and serious pathology. He then suggested that Ms. Charmorro could approach another hospital for the contraceptive procedure.

Disagreeing with the ruling, Elizabeth Gill, an ACLU attorney, was quoted as saying, "Catholic hospitals have been aggressively expanding over the past 15 years, and as our client is experiencing, they're the only option for care in a lot of cases."

Ms. Charmorro had also communicated her views on the ruling in an email. She wrote, "It's unbelievable that the hospital where my doctor has admitting privileges is denying him the ability to provide a safe, legal and common procedure, especially considering that Mercy is my only real option."

Tubal Ligation, also known as "tying the tubes", is a sterilization method used by about 600,000 women in the United States each year, according to the American College of Obstetricians and Gynecologists. As per the organization, a tubal ligation immediately after a woman's last intended pregnancy is such a safe and effective procedure that it should be considered "urgent" medical care. In 2009, the United State Conference of Catholic Bishops had issued Ethical and Religious Directives for Catholic Health Care Services that generally prohibited sterilization in Catholic hospitals and called it "intrinsically evil".