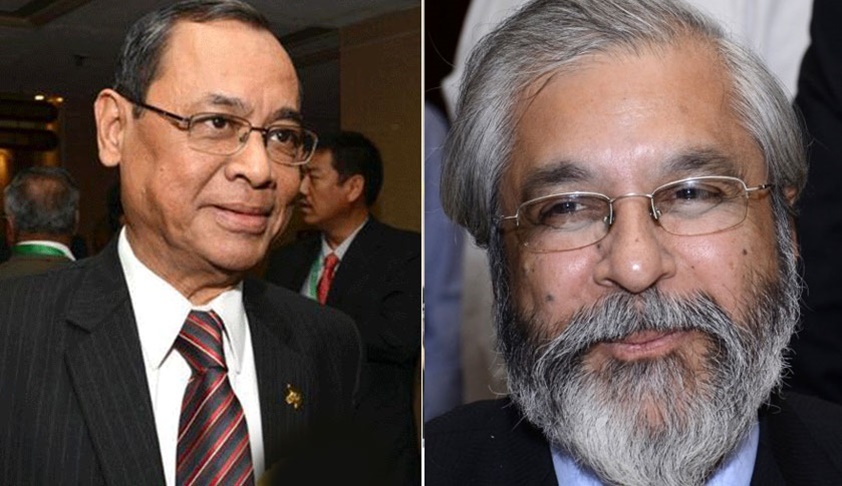 In the aftermath of the Vice President's rejection of impeachment motion against Chief Justice of India Dipak Misra, Justice Ranjan Gogoi and Justice M.B. Lokur have now demanded that the CJI call a "full court" on the judicial side to discuss "institutional issues" and the "future" of the court, according to an Indian Express report.The letter follows two similar calls for action by...

In the aftermath of the Vice President's rejection of impeachment motion against Chief Justice of India Dipak Misra, Justice Ranjan Gogoi and Justice M.B. Lokur have now demanded that the CJI call a "full court" on the judicial side to discuss "institutional issues" and the "future" of the court, according to an Indian Express report.

The letter follows two similar calls for action by senior members of the Collegium. The first letter was penned by Justice J. Chelameswar, who had called for a full court on the judicial side to discuss the matter of government interference in appointment of Judges to High Courts.

The incident related to the inquiry initiated against Judge P. Krishna Bhat, who had been recommended for elevation by the Supreme Court collegium. While stalling his elevation, the Centre had communicated the need for an inquiry to the Chief Justice of the High Court directly.

Condemning the Centre for its actions, Justice Chelameswar had now pointed out that if the Centre had any reservations about Judge Bhat's candidature for elevation, it could have sent back the recommendation for the Collegium's reconsideration, instead of writing to the High Court.

He had then asserted that "bonhomie" between the Judiciary and the Government "sounds the death knell to Democracy", and had written, "We only have to look forward to the time, which may not be far-off if not already here, when the executive directly communicates with the High Courts about the pending cases and what orders to be passed. We can be happy that much of our burden is taken away. And an Honorable Chief Justice like Dinesh Maheswari may perhaps be ever willing to do the executive bidding, because good relations with the other Branches is a proclaimed constitutional objective."

Emphasizing on the Government and the Judiciary being "mutual watchdogs" rather than "mutual admirers", he had then called for a full court on the judicial side to discuss the issue.

In a letter addressed to Chief Justice of India Dipak Misra, Justice Joseph had highlighted the fact that never before has the Apex Court not been made aware of the developments on a recommendation even after three months have elapsed.

It had then called the Government's actions an "abuse of power" and a threat to the independence of the judiciary, asserting that this would send a "wrong message" to Judges that they would "suffer" if they don't tow the Centre's line.

Justice Joseph had thereafter urged CJI Misra to establish a bench of seven senior-most Judges to take up the issue suo motu on the judicial side, relying on the stance adopted by the Court in Justice C.S. Karnan's case.

Incidentally, all the four Judges who have now written independently to the CJI had jointly penned a letter last November, primarily raising the issue of assignment of matters. While acknowledging that the CJI is the master of the roster, the letter had stated that this is "not a recognition of any superior authority, legal or factual of the Chief Justice over his colleagues". It then said that while there are well-settled conventions guiding the Chief Justice in the task, off late such conventions have not been strictly adhered to.

It had explained, "There have been instances where case having far-reaching consequences for the Nation and the institution had been assigned by the Chief Justice of this Court selectively to the benches "of their preference" without any rationale basis for such assignment. This must be guarded against at all costs.

We are not mentioning details only to avoid embarrassing the institution but note that such departure have already damaged the image of this institution to some extent."

The contents of the letter were revealed during the press conference held by the same four Judges in January this year, an act so unprecedented that it had set in motion a series of events, with the allegations of arbitrary assignment of cases finally making their way to the impeachment motion submitted by seven Opposition Parties to Vice President Venkaiah Naidu