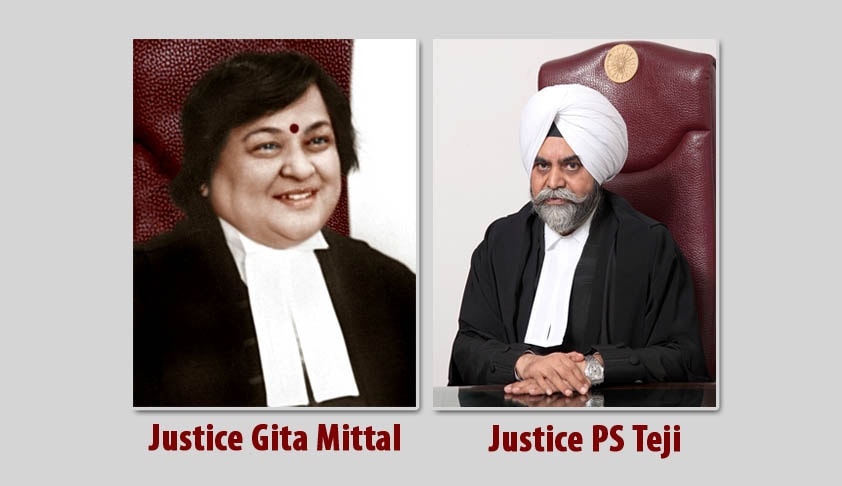 In a landmark pronouncement of the Delhi High Court, a Division Bench of Justice Gita Mittal & Justice PS Teji has dismissed an appeal filed by The Pradeshiya Industrial & Investment Corporation of UP Ltd (PICUP) holding it as being”completely devoid of factual or legal merit.”Briefly, a property was mortgaged with PICUP by M/s Pacquik Industries Ltd. Another creditor of...

In a landmark pronouncement of the Delhi High Court, a Division Bench of Justice Gita Mittal & Justice PS Teji has dismissed an appeal filed by The Pradeshiya Industrial & Investment Corporation of UP Ltd (PICUP) holding it as being”completely devoid of factual or legal merit.”

Briefly, a property was mortgaged with PICUP by M/s Pacquik Industries Ltd. Another creditor of Pacquik Industries, one Sh. Darshan Khurana offered to make the payment of the OTS amount of about Rs. 2.20 Crores, on the behalf of Pacquik Industries to PICUP to have the title deeds of the property released to him to secure his interest. This request of Pacquik and Sh. Darshan Khurana was conveyed to PICUP vide letters, courier and facsimile communication. The management of PICUP, internally, objected to the title deeds being released to a third party, however chose to remain silent and accepted the amount, instead of conveying their decision either to Pacquik or Sh. Darshan Khurana. The entire hierarchy of officials of PICUP, right upto the Chairman-cum-Managing Director, in an internal noting, decided that “…Having regard to the above, the request of the company as per ‘A’ above is not feasible, and we are not in a position to accede to the same. However, we may await receipt of the OTS amount as committed by them and therafter (sic) advise them of the factual position.”

It noted that “…PICUP thereafter took no steps to inform either the learned Company Judge or the company or Mr. Darshan Khurana that it was not willing to accept the payment from Khurana or about its diffidence in handing over the title deeds against receipt of the OTS amount.”

Taking aid from Black’s Law Dictionary and from several authoritative pronouncements of the Supreme Court, the bench held that now PICUP stood estopped “…from questioning the deposit as discharge by Pacquik of the OTS liability.”

The bench came down heavily on the officials of PICUP for making a noting to this effect. It also ostracized the officials of PICUP for effecting two other false notings in which they effect complete turnarounds to their earlier stand.This callousness by a Public Sector Enterprise has been dealt with under a separate heading of ‘Misfeasance in Public Office’, wherein the benches relied upon several landmark decisions of the Supreme Court as well as quoted De Smith and Wade. The bench held that“ Despite staunch and able attempt by learned Senior Counsel, no tenable or acceptable explanation can possibly exist for such decision making and actions. It is to be seen that the focal point of the conduct of the officials of PICUP is pure impropriety, even if not dishonesty. Under tort law, this conduct would clearly be termed as “misfeasance in public office”. Such arbitrary actions by public officials, therefore, warrant imposition of stringent personal liability.”

The bench observed that PICUP is a public entity handling public money and “…therefore the quantum of responsibility on their shoulders is intensified, as any decision directly affects public interest.”

It also laid down that“…even with respect to Evidence and Contract Laws, the State and its entities stand at an equal footing with Private Individuals. Therefore estoppel, which is a principle of Evidence applies to State just as assertively.”

The bench has also held the effect of acceptance of an RTGS transfer with notice. It has held that “…the acceptance of funds via the medium of RTGS after full notice of the nature of the deposit led to implied acceptance by performance of conditions as envisaged under Sections 8 and 9 of the Indian Contract Act, 1872. The more conventional example of such acceptance would be encashment of a cheque tendered as consideration for an offer. In today’s world with the advent of technological advancements, instantaneous modes of banking have evolved such as “Real Time Gross Settlement” (which has the common acronym - ‘RTGS’). Such settlements as the name suggests, happen in real time. The intent of the ‘cheque’ example is that one voluntarily accepts payment by depositing the cheque for clearing. In the present case, PICUP was intimated well in advance and accepted the inward remittance with notice. Any dissatisfaction to the proposal should have been conveyed before the receipt. Thus in our opinion, the acceptance of the RTGS with notice coupled with subsequent silence amounts to implied acceptance of the proposal put forth by Pacquik.”

The appeal by PICUP against the order of the Company Judge was dismissed and the PSU was burdened with costs of Rs. 1,00,000/-.

The judgment was authored by Justice Gita Mittal. She has represented the Indian legal fraternity in several international forums and has spoken as well as written extensively on ‘Access to Justice’. She is spearheading the ‘Vulnerable Witness Courtroom Project’ in the Delhi Trial Courts. She is widely acclaimed for her proclivity for writing detailed and fair judgments. In 2014 she authored a judgment running into about 1200 pages convicting Vikas Yadav, Vishal Yadav & Sukhdev Pehlwan for the murder of Nitish Katara. The conviction judgment was followed by a sentencing judgment in 2015, running into 600 pages, confining the Yadav brothers to prison for 25 years and Sukhdev Pehlwan for 20 years.Later, the conviction was upheld by the Supreme Court of India.