Campaign Against Aadhaar Picks Up Momentum Across India 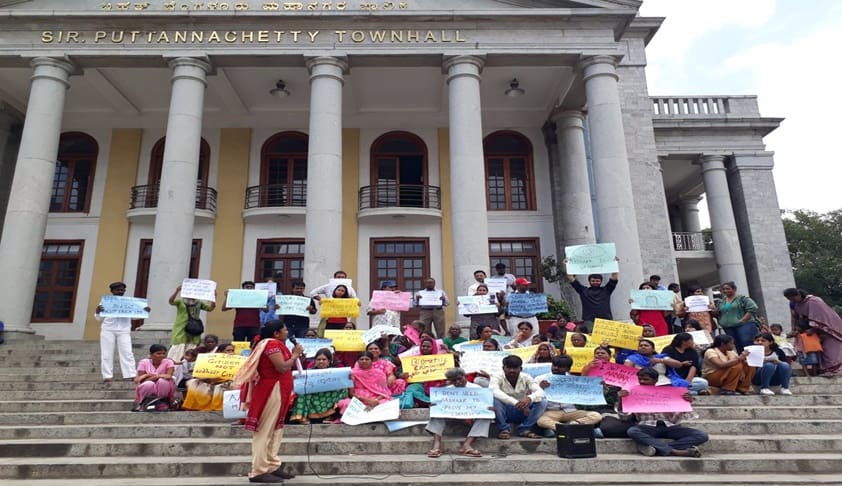 In Jaipur, the People's Union for Civil Liberties organised a discussion which was attended by around 100 people including students, researchers, and activists.

Arjun Sheoran, advocate, the Punjab and Haryana High Court gave a lecture on "Tracking and Surveillance in democratic society: the case of UID Aadhar".  He spoke about lack of feasibility study before implementing Aadhaar, scope for misuse of the Aadhaar biometric data, the growing surveillance state where Aadhaar can be used to surveil, track and silence ordinary citizens, and the Central Monitoring System (CMS), the mass surveillance tool being used to surveil Internet, phone, electronic data.  From a completely voluntary program, Aadhaar is being made all pervasive, without any need for the same, for mid-day meals, bank accounts, PAN cards, aid to victims of Manual Scavenging/prostitution/bonded Labour, SIM cards etc, he said.

In Karnataka, Right to Food Campaign organized simultaneous events across 14 districts. Groups of citizens protested against Aadhaar, and submitted memorandums to the District Collectors demanding that Aadhaar not be made mandatory for NREGA, PDS, Pension and other government schemes.

In Bangalore, the following social organizations came together to protest against Aadhaar at Town Hall from 11am to 2pm: Right to Food Campaign, Karnataka, Slum Jan Andolana, Karnataka, Milana, and PUCL Karnataka.

The gathering was also addressed by Sukanya, who is the petitioner in the Karnataka HC case which made Aadhaar optional for PDS in Karnataka.

They expressed deep reservations with the mandatory usage of Aadhaar. In the words of one of the speakers: "It is an irony that Aadhaar is being pushed as panacea for poverty eradication, while ground reality is that poor are being denied entitlement. The Supreme Court, which has a duty to question impunity of the Central Government,  is instead trying to find a rationale for its implementation!"

In Delhi students, researchers and activists organised a signature campaign and recorded citizens' grievances at UIDAI regional office at Pragati Maidan. Hundreds of people standing in the queues since 5 and 6 am spoke of the costs and harassment they face in enrolling for and updating Aadhaar or else they are cut from existing services.

Sushil Singh, 62, who was making his third trip to UIDAI office this week, said that he cannot apply for his pension because his name is erroneously spelt on his aadhaar card.   Bhagwan Singh, a construction worker from Nangoli was there a second time as his Aadhaar card did not have his birth date but only birth year. Om Prakash, a pensioner was there because his Aadhaar card was mysteriously cancelled without any prior notice or hearing granted. Joginder Singh, another pensioner, who is visually impaired, too is rejected during biometric authentication. For such serious gaps, UIDAI has left citizens at the mercy of its call center services, one of the activists alleged.

Protest demonstrations were held at Patna and Lucknow, according to organisers.

According to an activist, “The Day of Action confirmed that the UID project puts an unreasonable burden on citizens. It is coercive, exclusionary, and a careless experiment by the Government of India on citizens' fundamental rights.”

The protesting activists made the following demands:

1) Government should stop mandatory use of Aadhaar and withdraw notifications making Aadhaar mandatory for any government benefits, subsidy, or services, including forcing this on children's welfare and education schemes.

3) Allow Rajya Sabha amendment for an "Opt Out" of Aadhaar, if a citizen so wishes, and get all stored biometrics data and authentication records deleted.

4) There must be a public consultation on the UID project.

5) The Supreme Court must urgently constitute a Constitution bench to decide the Aadhaar case (Puttuswamy & Ors) pending since 2012.