Can a Stationary Vehicle Cause Accident? SC Answers in Affirmative [Read Judgment] 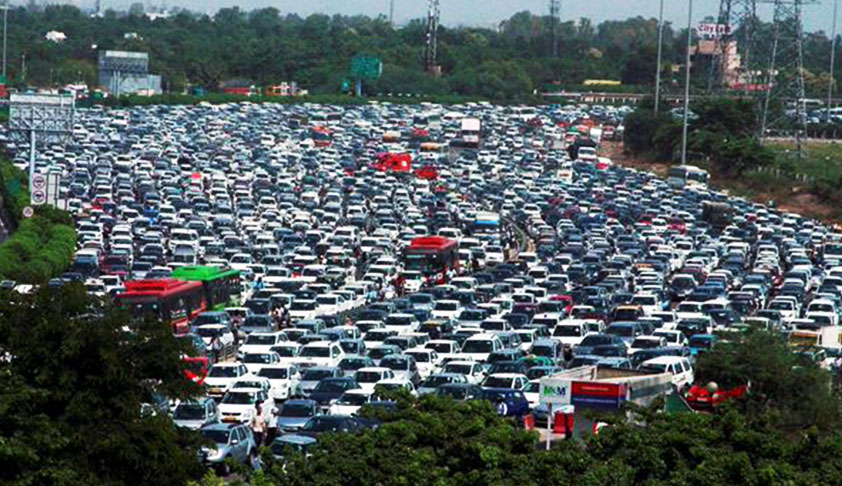 “The word “use” has a wider connotation to cover the period when the vehicle is not moving and is stationary”The Supreme Court has held that even a stationary vehicle can cause an accident, giving rise to claim under Section 165 of the Motor Vehicles Act.  In the case, a person had died when a piece of rock fell on him from an adjacent field where blasting operations for the digging of...

The Supreme Court has held that even a stationary vehicle can cause an accident, giving rise to claim under Section 165 of the Motor Vehicles Act.  In the case, a person had died when a piece of rock fell on him from an adjacent field where blasting operations for the digging of a well had been going on. The blasting machine was powered using the battery of a tractor. The issue before the Court was whether the accident caused by blasting operations powered by the battery of an immobile tractor could be termed as “arising out of use of vehicle” within the phraseology of Section 165 of MV Act. There was a secondary issue whether the use of the tractor for such operations amounted to commercial operations leading to the fundamental breach of policy as the policy had forbidden commercial use of vehicle.

The Tribunal held that accident had a causal connection with the use of the vehicle. The Tribunal also found that use of the tractor for blasting operations to dig a well in an agricultural field was incidental to agricultural operations, and hence not a commercial activity.  In an appeal by the insurer, the High Court reversed the findings. The High Court found that the batteries were detached from the vehicle, and hence it could not be said that the accident had any causal link with use of a vehicle. The High Court also opined that the use was commercial in nature.

Aggrieved by the High Court judgment, the claimants came before the Supreme Court.  The bench of Chief Justice Dipak Misra, Justice  A M Khanwilkar and Justice D Y Chandrachud had to primarily consider whether the accident fell within the ambit of Section 165 of the MV Act.

In Shivaji Dayanu Patil(supra), a petroleum tanker had fell off the road to a ditch. Several hours after the accident, petroleum leaked out of the tanker and got collected in the ditch. The liquid caught fire somehow, killing several onlookers who had assembled there. The issue was whether claim petition under MV Act was maintainable with respect to damages caused by the mishap.  There, the Court noted that the words used in the Act was “arising out of the use of vehicle”, as opposed to ‘caused by use of vehicle’. Following an Australian decision, it was held, “‘Caused by’ connotes a ‘direct’ or ‘proximate’ relationship of cause and effect. ‘Arising out of’ extends this to a result that is less immediate, but it still carries a sense of consequence”. The Court further went on to add that the word “use” has a wider connotation to cover the period when the vehicle is not moving and is stationary and the use of a vehicle does not cease on account of the vehicle having been rendered immobile on account of a breakdown or mechanical defect or accident.

In Samir Chanda, a bomb exploded inside the bus as a result of which the appellant sustained serious injuries on his legs. This was held to be arising out of the use of vehicle, entitling then victim to compensation under MV Act.

In Bhagwati Prasad, the Court expanded the expression use of vehicle to cover those instances where accident occurred not due to the negligence of the driver of vehicle but due to external actors. On that premise, court held that claim petition in the Motor Accidents Claims Tribunal was maintainable in case of collision between a vehicle and a train, even if negligence was entirely on the part of Railways.

On the basis of these precedents, the present bench held that in each case what is required to be seen is whether there has been some causal relation or the event is related to the act. It held that there was some causal link between the falling of rock piece and use of vehicle, which was sufficient to attract jurisdiction under MV Act.

The battery was installed in the tractor and the explosives were charged by the battery. The purpose was to dig the well in the field. In such an obtaining factual matrix, it would be an erroneous perception to say that the vehicle was not in use as stipulated under Section 165 of the Act, the Court held on facts.

With regard to the secondary issue whether insurer was entitled to plead breach of conditions by owner of tractors, the Court held that it required detailed examination of facts and records. Since that exercise was not carried out by the High Court, the matter was remanded on this limited issue. However, to protect the interests of the claimant, the Court directed the insurer to pay the compensation to the claimant in the meantime. The Court clarified that the insurer would be at liberty to recover the amount from the owner, should the High Court rule that the use of tractor was in breach of policy conditions.