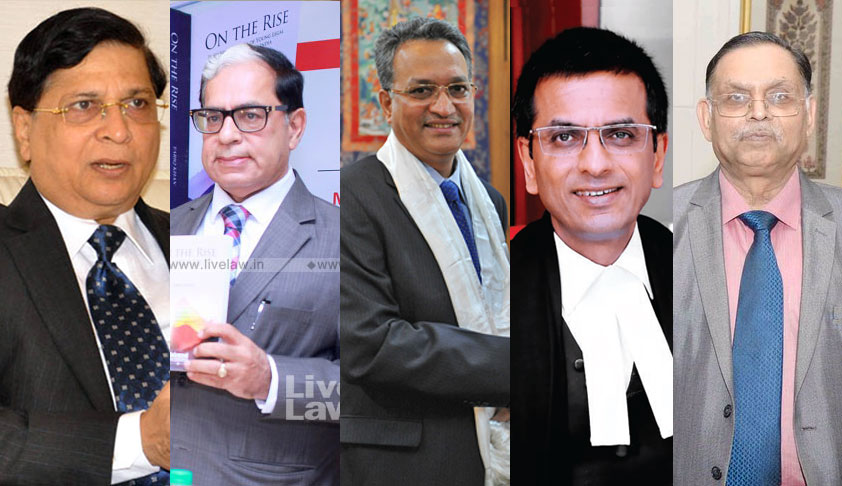 The Supreme Court’s Constitution Bench comprising the Chief Justice Dipak Misra, and Justices A.K.Sikri, A.M.Khanwilkar, D.Y.Chandrachud and Ashok Bhushan, today reserved its judgment on whether courts could rely on Parliamentary Standing Committee reports, without violating the privileges of Members of Parliament.  The bench heard the counsel for seven days in the case, Kalpana Mehta v...

The Supreme Court’s Constitution Bench comprising the Chief Justice Dipak Misra, and Justices A.K.Sikri, A.M.Khanwilkar, D.Y.Chandrachud and Ashok Bhushan, today reserved its judgment on whether courts could rely on Parliamentary Standing Committee reports, without violating the privileges of Members of Parliament.  The bench heard the counsel for seven days in the case, Kalpana Mehta v Union of India, and asked them to submit their written submissions within a week.

Today, the Attorney General, K.K.Venugopal, told the court that reliance on the PSC reports would mean that it puts MPs to judicial scrutiny.  The Court has to draw conclusion on whether it supports the majority or minority in the PSC, he suggested.  As MPs listen in the PSC, they exercise their right to free speech, the AG further stated.

Responding to this, the CJI said a delicate balance has to be struck, and observed that PSC report can be judicially taken note of.  The AG retorted to this saying yes, but the contents of the reports could not be taken note of.

Shyam Divan, representing the respondents in the case, argued that PSC reports represent a narrow window, if there is a statute, and if there is none, it is not advisable to rely on them.  When Justice Chandrachud asked Divan whether he would endorse the sunshine principle, generally used by those who defend transparency in PIL matters, Divan said he does.  But he sought to clarify that a PSC records its own evidence, and follows its own procedure.  Therefore, he said, if a party before the Court were to say that a PSC’s conclusion is wrong, and its method of reaching that conclusion is erroneous, it could lead to problems.

Justice Chandrachud referred to the recent Lokpal case in the  Supreme Court, when the Court said the Act is workable, despite the inordinate delay in amending it on the basis of the PSC report which recommended the inclusion of the leader of the single largest opposition party, in the event of the absence of the designated Leader of the Opposition in the Lok Sabha, to constitute the Lokpal Selection Committee.

To this, Divan said, reliance on PSC report is fine, if there is ambiguity, and the principle of purposive interpretation requires such reliance.  He cited the recent instance of the Court’s reliance on the PSC report, to deny extension of deadlines for vehicle manufacturers to sell their unsold vehicles, on the ground that public health and the pollution caused by fuel emission will militate against such extension.

Responding to the contentions of the respondents, Colin Gonsalves said just as Parliament takes note of Supreme Court’s judgments, there is no harm in the courts taking due note of PSC reports.  He reiterated his view that Section 57 (4) of the Evidence Act, - which deals with facts of which Court must take judicial notice - states that the courts shall take judicial notice of proceedings of Parliament and of the legislatures.