Can A Governor ‘Summon’ A Chief Minister? 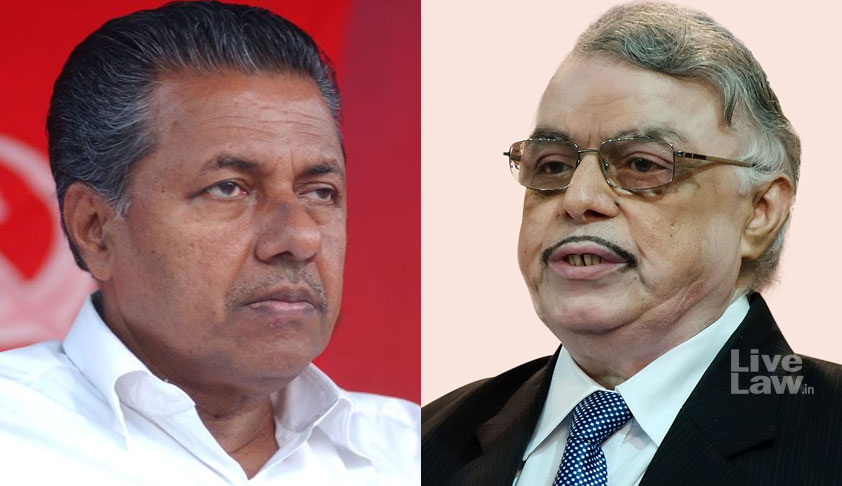 The Kerala Governor, P.Sathasivam tweeted on July 30 that he summoned the Chief Minister of Kerala, and the State Police Chief to know about action taken by State government on law and order issues in Thiruvananthapuram. Another tweet from the Governor said that the Chief Minister, who met him at the Raj Bhavan, assured him that law breakers would be sternly dealt with, irrespective...

The Kerala Governor, P.Sathasivam tweeted on July 30 that he summoned the Chief Minister of Kerala, and the State Police Chief to know about action taken by State government on law and order issues in Thiruvananthapuram.

Another tweet from the Governor said that the Chief Minister, who met him at the Raj Bhavan, assured him that law breakers would be sternly dealt with, irrespective of status or political affiliation.

One more tweet from the Governor said the Chief Minister told him that he would have a meeting with Kummanam Rajasekharan and State RSS chief and make public appeal to maintain peace.  In another tweet, the Governor said the Chief Minister informed him that culprits in murder of RSS worker in Trivandrum have been arrested and that law breakers would be sternly dealt with.

Justice Sathasivam is perceived as apolitical by virtue of the office he had held earlier as the Chief Justice of India, and carries enormous goodwill and respect across the political parties, and therefore, if he thinks that through him, public confidence in the rule of law could be restored, if there is a threat to peace and tranquillity in the State, he cannot be faulted.

Article 167 (a) of the Constitution says it shall be the duty of the Chief Minister of each State to communicate to the Governor of the State all decisions of the Council of Ministers relating to the administration of the affairs of the State and proposals for legislation.

Under Article 167(b), the Chief Minister is also required to furnish such information relating to the administration of the affairs of the State and proposals for legislation as the Governor may call for; and

Under Article 167(c), if the Governor so requires, to submit for the consideration of the Council of Ministers any matter on which a decision has been taken by a Minister but which has not been considered by the Council.

In the Arunachal Pradesh case decided by the Supreme Court last year, the Constitution bench examined the relationship between the Governor and a Chief Minister in detail.  Justice Madan B. Lokur’s separate judgment on the issue is instructive.  Justice Lokur explained that it is only when the advice of the Council of Ministers is not available, and responsible Government is not possible, the Governor could resort to what he called the “breakdown provisions”, and leave it to the President to break the impasse.

Arunachal Pradesh was a case in which there was a collapse of communications between the then Governor and the Chief Minister, leading to a political crisis.  Justice Lokur observed that the Governor, being the ‘first citizen’ of the State, chose to take no steps to break the impasse caused by such collapse of communication between him and the  Chief Minister.   The  Governor’s unilateral action in calling an assembly session to seek a floor test was described by Justice Lokur as arbitrary.  The Governor acted in a manner opposed to the rule of law, and therefore, arbitrarily, and in a manner that certainly surprises “a sense of juridical propriety”, observed Justice Lokur.

“All possible constitutional options were unilaterally discarded and disregarded by the Governor in summoning the Assembly to meet on 16th December, 2015 and cancelling the session fixed for 14th January, 2016...The Governor’s unilateral act of summoning the Assembly is unconstitutional”, Justice Lokur wrote. Article 167 is one of several provisions dealing with the Governor, which was referred to in passing by Justice Lokur, in that judgment.

One wonders whether Justice Sathasivam invoked the “breakdown provisions” of the Constitution by “summoning” the Chief Minister, without first exhausting the normal provisions.   Certainly, if Justice Sathasivam used a more polite language to request information from the Chief Minister, the latter would have still obliged him, without any murmur, as he had responded to the “summons”.

By seeking to convey that he “summoned” the Chief Minister, the Governor might have wished to suggest that he took the matter of worsening law and order situation in the State seriously, and made, what would appear to be a confidential communication with the Chief Minister, public.

The Governor’s other tweets in which he disclosed that he met the State Police Chief, Loknath Behra, and spoke on phone with others who were in the news, namely, Kumman Rajasekharan and Kodiyeri Balakrishnan, and apprised the Union Home Minister, Rajanath Singh about the law and order situation in the State, show that he did so, without the aid and advice of the Council of Ministers, in exercise of his discretionary powers under Article 163 of the Constitution.

In the Arunachal Pradesh case, the Constitution Bench is categorical that the Governor can use Article 163 to exercise his discretion only if the Constitution expressly authorised him to do so.   It is clear that the current situation in Kerala is not one which would permit the Governor to use his discretion under Article 163, as mandated by the Constitution.  Through Article 163, the Governor cannot convert Raj Bhavan as the alternative source of information to the Centre, as if the State Government cannot be relied upon for this purpose.  Nor could the Governor consider himself as the alternative centre of power, who could issue directions to the authorities and seek information from them, overlooking the Chief Minister and his Council of Ministers, as if they don’t exist.  Article 163 cannot give him any such illusion.