Can HC Nullify Marriage Between Two Adults In A Habeas Petition by Girl’s Father? Akhila Case To SC [Read Petition] 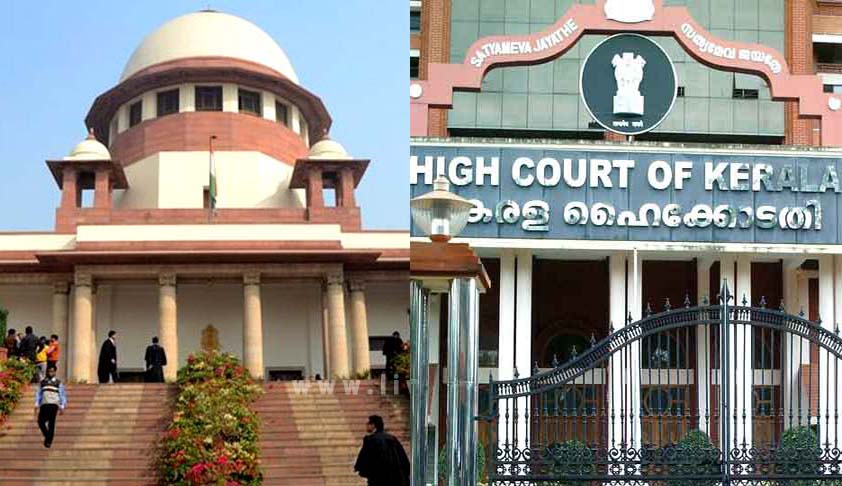 A special leave petition has been filed in the Supreme Court of India challenging the Kerala High Court Judgment [Akhila/Hadiya Case] which nullified the marriage of an adult woman converted to Islam with a Muslim man, in a habeas corpus petition filed by her father.The Petition filed by Shefin Jehan alleges that High Court allowed the writ of habeas corpus filed by the Ashokan (father...

A special leave petition has been filed in the Supreme Court of India challenging the Kerala High Court Judgment [Akhila/Hadiya Case] which nullified the marriage of an adult woman converted to Islam with a Muslim man, in a habeas corpus petition filed by her father.

The Petition filed by Shefin Jehan alleges that High Court allowed the writ of habeas corpus filed by the Ashokan (father of Akhila/Hadiya), and against the will of the Detenue, has placed her under house arrest.

The Petitioner averred that the High Court had gravely erred in declaring the marriage of the Petitioner and the Detenue to be null and void without any legal basis.

As per the petition the impugned order is an insult to the independence of women of India as it completely takes away their right to think for themselves and brands them as persons who are weak and unable to think and make decisions for themselves and the same is against their fundamental rights and should be struck down.

The habeas corpus petition filed by KM Ashokan before the High Court alleged that his only daughter Akhila (24) had converted to Islam and he apprehended that she was likely to be transported out of the country.

Akhila is the only daughter of her Hindu parents. She was brought up as a Hindu, in accordance with the faith of her parents. She had joined the BHMS Course at the Shivaraj Homoeopathy Medical College at Salem. According to her, she became attracted to Islam religion about three years prior to her disappearance. She submitted that she came under the influence of Muslim religion, having heard about the teachings of the religion from her roommates. She had, therefore, attended a course at Satyasarani and had become Muslim by conversion.

A division Bench of Kerala High Court comprising  Justices Surendra Mohan and Abraham Mathew  annulled the marriage between Akhila and Shefin on the ground that the alleged marriage is only a sham and is of no consequence.

“This court, exercising parens patriae jurisdiction, is concerned with the welfare of a girl of her age. The duty cast on the court to ensure the safety of at least the girls who are brought before it can be discharged only by ensuring that Akhila is in safe hands”, states the Order.

Regarding the person who allegedly married Akhila (Shafin Jahan), the court said he is a leader of the SDPI and also accused in a criminal case. “No prudent parent would decide to get his daughter married to a person accused in a criminal case. This is for the reason that, the possibility of such a person getting convicted and being sent to jail cannot be ruled out. It is clear that Sri. Shafin Jahan is only a stooge who has been assigned to play the role of going through a marriage ceremony"

“We further take note of the fact that Sri.Shafin Jahan’s mother is already in the Gulf. He was working in the Gulf and is desirous of going back. Therefore, left to him, he would have transported Ms.Akhila out of the country. In the present regarding her name, it would have become impossible to even trace her out had she been taken out of India. There are reports of girls taken out of the country after such conversions, having become untraceable.”

The court ordered the custody of Akhila to her parents. It also ordered a full-fledged investigation in the matter.

The Petition filed through Advocate Haris Beeran has raised the following questions before the Supreme Court;

a) Whether the High Court was justified in annulling the marriage of the Petitioner to the Detenue without going into the validity of the same?

b) In view of the judgment of a Constitutional bench of This Hon'ble Court in Ghulam Sarwar Vs. Union of India, (1967) 2 SCR 271, whether the High Court is legally correct in entertaining and allowing a 2nd round of Habeas Corpus Writ Petition under Article 226 of the Constitution of India in a case where earlier another Habeas Corpus Writ Petition under Article 226 had been filed by the same writ petitioner in respect of the same alleged detenue and the same had already been considered and disposed of on merits by another Division Bench of the same High Court declaring that the alleged detenue is not under anyone's illegal custody and that she is set at liberty?

c) When the alleged detenue, who is a 24 years old medical graduate, who is sane, who repeatedly appears before the High Court and submits in person, on affidavit and also through counsel that she is not under anybody's illegal detention, whether the High Court can still allow the Habeas Corpus writ petition and put her in confinement for months and thereafter give her in custody to someone else against her will?

d) In a case where the couple, being the Detenue and the Petitioner herein, are not parties, whether the High Court, in its Habeas Corpus jurisdiction can declare the couple's marriage as null and void without issuing notice to them, the persons who are going to be affected by its order, and not giving them any opportunity of being heard?

e) While sitting over its Habeas Corpus jurisdiction under Article 226 of the Constitution of India, at the instance of neither the wife, nor the husband, whether the High Court can declare a marriage between two educated adults and mentally fit persons of India, as null and void, against their will?

f) In case where a person concerned is not a minor nor insane, not a person who is unable to conduct her case on account of poverty, whether the High Court can put the person in somebody's custody against her will by saying that the High Court is exercising its parens patreae jurisdiction?

g) In a case where the Detenue was already set at liberty in the 1st round of Habeas Corpus litigation and in the absence of any interim order or injunction whatsoever of any court of law against contracting marriage by the Detenue, whether the marriage contracted between the Detenue and the Petitioner, who are both educated adults and persons of sane mind, can be nullified on the ground that Court's permission to marry was not taken?

h) Whether High Court was justified in branding the Petitioner as a radical based on merely his facebook posts and that he had been an accused in a criminal case?

k) Whether the impugned order is in clear violation of Article 25 of the Constitution and ought to be struck down?