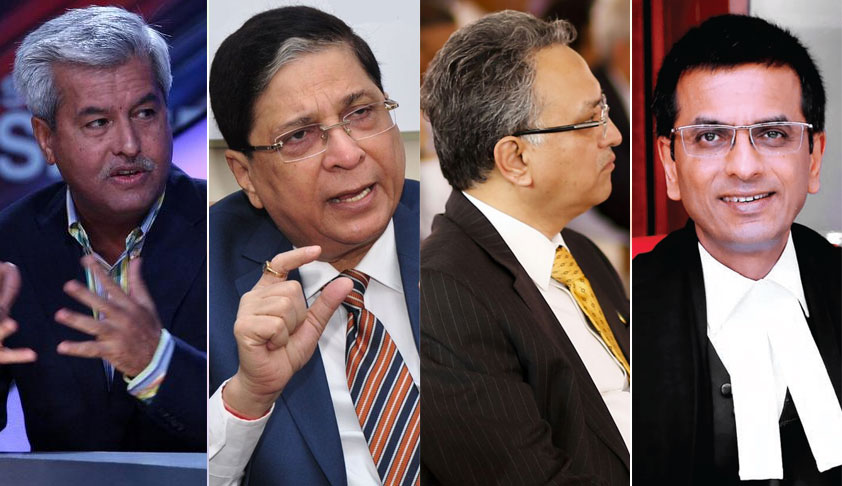 The sensational Hadiya case took an altogether new twist with the Supreme Court today making it clear that a 24 year old girl, an adult, cannot be held hostage by her father against her wishes and the CJI-led bench categorically stating it will examine if a High Court under Article 226 can quash a marriage.

A bench headed by Chief Justice Dipak Misra also said it may appoint an alternate custodian for Hadiya in place of her father.

The bench fixed the matter for detailed hearing next Monday.

WHAT HAPPENED IN COURT TODAY

At the outset, senior advocate Dushyant Dave appearing for Jahan said the court had traveled beyond its jurisdiction by ordering a NIA probe  "state was not in appeal, father was not in appeal and it was we who came to the court".

He said the order struck at the very foundation of a multi-purpose religious society and is sending wrong signal world over.

Dave even went on to say that "two senior Muslim BJP functionaries had married Hindus and asked will it be called love jihad and order investigation against them?"

The bench then asked him to argue on law , advance logical and legal arguments"

ASG Tushar Mehta however said NIA probe was required to ascertain if it was a one-off case or a pattern was emerging.
Mehta also said Jahan earlier counsel Kapil Sibal had not opposed NIA probe and it was a consent order

Significantly, after a social activist shot a video in which Hadia made it clear that she had been held hostage at her home against her wishes and she had married Shafin Jahan out of her own free will, the bench agreed to hear a plea filed by advocate P V Dinesh on behalf of the Kerala Women's Commission for visiting the girl, interview her and file a report in a sealed cover before the court.

"The girl is 24 year old..it is absolutely clear..she cannot be by force under custody of her father ..we may appoint a custodian' said CJI Dipak Misra.

The bench also said it will hear a petition filed by Jahan seeking a recall of the order for a NIA probe into the case.

Exactly a month after the Supreme Court handed over the investigation into the alleged conversion and subsequent marriage of the Hindu girl to a Muslim man in Kerala, an application was filed on September 19 requesting the apex court to stop the NIA probe in the light of fresh evidence that have emerged post its August 16 order that the girl converted of her own free will and she is being confined and “tortured” by her parents.

On August 16 the SC had ordered NIA investigation in the Hadiya Case under the supervision of former Supreme Court Judge Justice RV Raveendran. But the former judge had expressed the inability to do the assignment due to his busy schedule and other personal issues.

Supreme Court of India on Wednesday has ordered NIA investigation in the Hadiya Case under the supervision of former Supreme Court Judge Justice RV Raveendran.

Supreme Court has directed the Kerala police to share the files relating to the case to NIA to find whether it is an isolated case or it involved a larger conspiracy.

Additional Solicitor General Maninder Singh submitted that Hadiya’s conversion and marriage is not an isolated case. He also cited another case and said the organisation involved in both the case was the same.