I Can Be Raped Or Killed, Will Tell SC That I Am In Danger: Deepika Rajawat, Counsel For Kathua Victim's Family 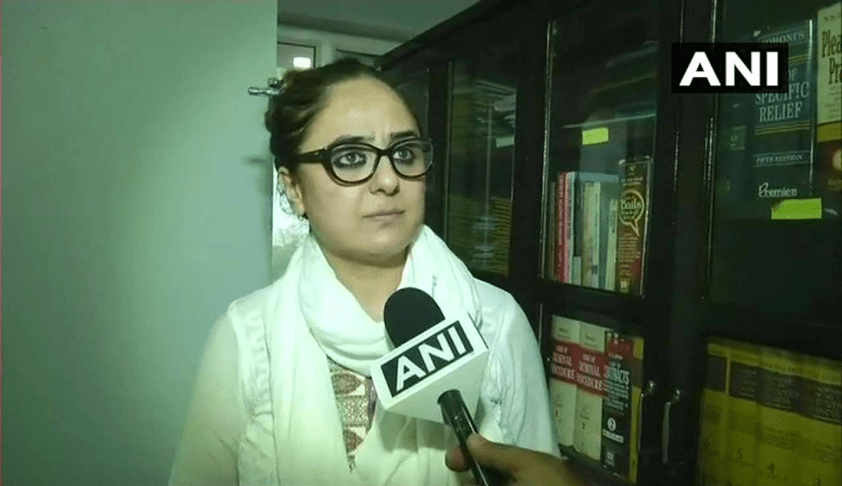 Subscription starts from
₹ 599+GST
(For 6 Months)
View Plans
Premium account gives you:
Subscribe Now
Already a subscriber?
Login
"I don't know till when I will be alive. I can be raped, my modesty can be outraged, I can be killed, I can be damaged. I was threatened yesterday that 'we will not forgive you'. I am going to tell SC tomorrow that I am in danger."Advocate Deepika Singh Rajawat told ANI

The case concerning the rape and murder of an eight-year-old girl in Kathua, Jammu and Kashmir should be heard outside the State, Ms. Deepika Singh Rajawat, the Counsel appearing before the Jammu and Kashmir High Court on behalf of the victim's family told Indian Express.

She has, in fact, alleged that she was being discouraged by members of the Jammu Bar Association from appearing on behalf of the victim's family. She was quoted as saying,

"I was at the court when Jammu Bar Association president B.S. Salathia passed by and said that I should not appear. I told him that I was not a member of the bar. But he told me that if 'you will appear, we know how to stop you'."

Expressing similar fears, she told ANI, "I don't know till when I will be alive. I can be raped, my modesty can be outraged, I can be killed, I can be damaged. I was threatened yesterday that 'we will not forgive you'. I am going to tell SC tomorrow that I am in danger."

The eight-year-old girl belonging to Bakarwal-Gujjar community was abducted, raped and murdered in Rassana village in Hiranagar tehsil of Kathua district in January this year. Her body was recovered from Rassana forest in Kathua on 17 January, a week after she went missing while grazing horses in the forest area.

The Supreme Court had then, on Friday, taken suo motu cognizance of the matter, issuing notices to the Kathua Bar Association and Jammu Bar Association. It had then observed that "obstruction of delivery of justice and process of law, and that too by lawyers cannot be condoned."

Thereafter, the Bar Council of India (BCI) also formed a Committee to enquire into the matter. As per a press release issued on Sunday, the Committee will be headed by former Chief Justice of the High Court, Justice Tarun Agarwal, and will include BCI Co-Chairmen Mr. S. Prabakaran and Mr. Rameshchandra G. Shah, former Chairman of Bar Council of Uttarakhand Ms. Razia Beig, and Patna High Court Advocate, Mr. Naresh Dixit.