Can SC Entertain Application For Making Arbitral Award As Rule Of The Court If It Retains Seisin Over Arbitral Proceedings? Question Referred To Larger Bench [Read Judgment] 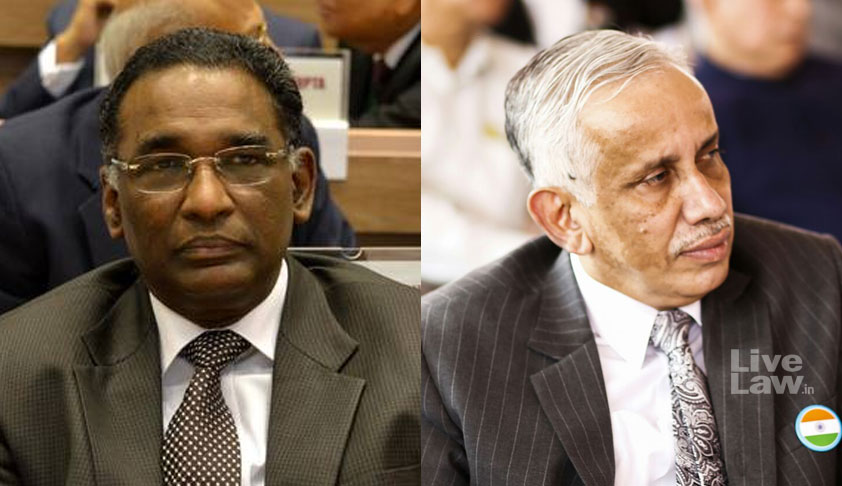 The Supreme Court, on Friday, referred to a larger bench the question: “Whether this Court can entertain an application for making the award as Rule of the Court, even if it retains seisin over arbitral proceedings?”

In the case at hand, the Court had, in January, 2013, referred the issue between the State of Jharkhand and Hindustan Construction Co. Ltd. (HCC) for adjudication to retd. Justice S.B. Sinha. It had also directed that the award be filed before the Apex Court. Justice Sinha had then passed an award in October, 2015, after which a copy of the award was sent to the Court.

The State has now challenged the award before the Civil Court through a petition under Section 34 of the Act. HCC had, however, filed an affidavit before the Apex Court, requesting it to pronounce the judgment in terms of the award.

HCC had submitted that since the Arbitrator was directed to file his award before the Apex Court, the application for making the award a rule of the Court must also be filed before the Apex Court and that it is only the Supreme Court which would have jurisdiction to pronounce the judgment in terms of the award.

The State, on the other hand, had relied on the right to appeal and had submitted that a litigant should not be deprived of the same, unless in the light of cogent reasons. It had contended that if the Apex Court would decide the objections to the award, the parties would lose their right of appeal.

The Bench comprising Justice J. Chelameswar and Justice S. Abdul Nazeer then made reference to various judgments and noted that there exists a difference of opinion in relation to entertainability of an application by the Apex Court for making the award as Rule of the Court.

The question was, therefore, referred to a larger Bench, directing the Registry to place the matter before the Chief Justice of India for appropriate orders.