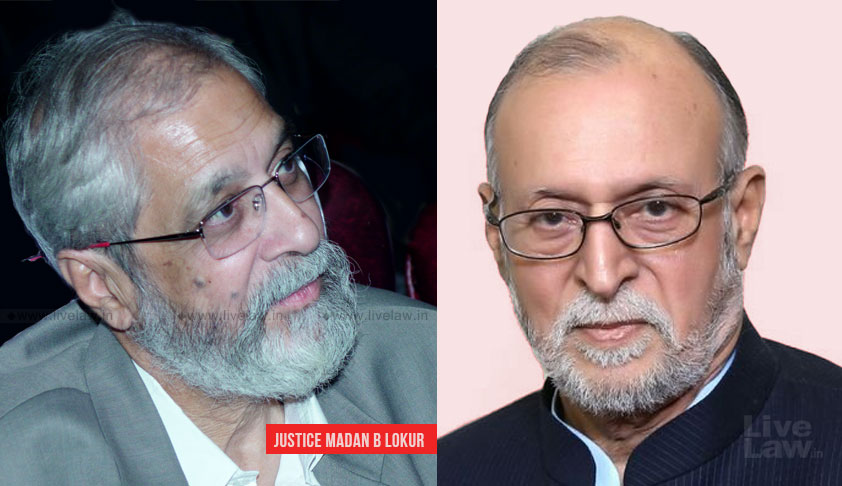 The example Justice Lokur cited to drive home his point: “ Once a Chief justice of this court formed an experts committee with big guns of  India like Narayana Murthy, Azim Premji etc. .etc..they could not meet even once. Then what is the purpose of forming the committee?”Continuing its hearing on Delhi’s worsening garbage issue, a bench headed by Justice M B Lokur of the Supreme...

The example Justice Lokur cited to drive home his point: “ Once a Chief justice of this court formed an experts committee with big guns of  India like Narayana Murthy, Azim Premji etc. .etc..they could not meet even once. Then what is the purpose of forming the committee?”

Continuing its hearing on Delhi’s worsening garbage issue, a bench headed by Justice M B Lokur of the Supreme Court has raised doubts if a too “high-level” committee approved by Lt Governor Anil Baijal to frame a “workable and implementable policy” to clear the dumpsites in Gazipur, Bhalaswa and Okhla will be effective and can meet daily.

Justice Lokur told Additional Solicitor General Pinky Anand who represented the LG: “We want the committee being constituted to meet every day at least for two weeks.  But some of these people in your list are so important and have a busy schedule that we do not think they can meet even very often …forget every day”,

The court had on August 17 asked the LG to constitute a panel of experts and RWA members.

Justice Lokur cited an example to drive home his point: “ Once a Chief justice of this court in a sensitive case formed an experts committee with big guns of  India like Narayana Murthy, Azim Premji etc. .etc..they could not meet even once. Then what is the purpose of forming the committee?”.

Remarks from Justice Lokur came after amicus curiae (senior advocate appointed to assist the court) Colin Gonsalves submitted:”I have a complaint regarding their list of names. Look at the names. They are people who cannot regularly attend meetings. The committee will not work”.

The LG has now been asked to inform the court by Thursday if he intended to make any changes after which the court will finalise the panel.

“The fact is that it is a serious problem which is getting out of hand. We want him to constitute a committee with members from civil society as members as we require the assistance of people of Delhi, we need their full cooperation. Let the LG take a call on it. He shall look in-depth into all aspects with a special focus on landfill sites”, the bench had told ASG Anand on August 17.