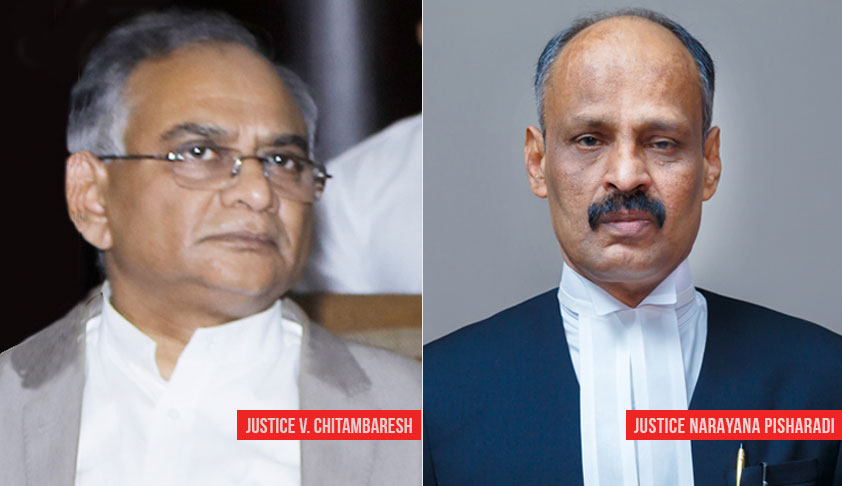 The High Court of Kerala has held that a candidate who secured admission for PG Medical course in the quota for Insurance Medical Service(IMS) cannot seek to switch over to Government service after course. The Court held that he has to serve the IMS itself as per the bond executed.The Division Bench of Justices V Chitambaresh and Narayana Pisharadi was considering a challenge made by the...

The High Court of Kerala has held that a candidate who secured admission for PG Medical course in the quota for Insurance Medical Service(IMS) cannot seek to switch over to Government service after course. The Court held that he has to serve the IMS itself as per the bond executed.

The Division Bench of Justices V Chitambaresh and Narayana Pisharadi was considering a challenge made by the Director of Insurance Service and the Government against an order passed by the Kerala Administrative Tribunal(KAT). The KAT had permitted the candidate to serve Health Service Department and directed the IMS to relieve him.

"The respondent having secured admission in the quota for Insurance Medical Services cannot be permitted to switch over to the Health Services Department which is more lucrative", held the judgment authored by Justice Chitambaresh, sustaining the challenge to KAT order.

The candidate was working in the IMS as Assistant Surgeon when he got admission for PG course. It was under in-service quota earmarked for IMS that he secured admission. At the time of admission, he had given a declaration that after the course, he will serve IMS.

After the course, he wanted to join the Health Services Department, instead of the IMS. But the IMS refused to issue him relieving letter, pointing out the bond executed by him. Challenging the refusal, he approached the KAT.

Before the KAT, he relied on a clause in the admission prospectus which said that the service quota candidates have to serve the Government after course. Based on this clause, he argued that he need only serve the Government and not the IMS. Accepting this contention, the Tribunal directed the IMS to relieve him in order to enable him to join the Health Service Department.

The High Court noted that the admission in service quota for IMS was conditional on the candidate making a declaration to serve IMS after course. During his period of study, he was paid his normal pay and allowances, treating his course period as duty. He was granted deputation benefits as well. The Court held that having obtained all such benefits, he "cannot be permitted to wriggle out of the obligation and slide to the Health Services Department on the ground that it is also under the Government".

The Court rejected the contention that service in Health Service Department will satisfy the bond conditions, holding that Insurance Medical Service is a special service. "Insurance medical services are primarily meant to give medical aid to the employees covered by the Employees' State Insurance Act, 1948 which is a welfare legislation. It is with the object to obtain expertise for the doctors who treat such employees has the quota been earmarked for admission to the Post Graduate Courses", observed the bench.

The Court also noted that the candidate was free to leave the IMSD by paying the liquidated damages and also the the amount spent by Govenment for the studies including the stipend/salary disbursed to him during the period with interest.

The Court therefore set aside the directions of KAT.

"Medical profession - tough as it is and, perhaps, lucrative as it may be - is not all about money; it has still an element of service", quoted the bench from another judgment, while concluding.